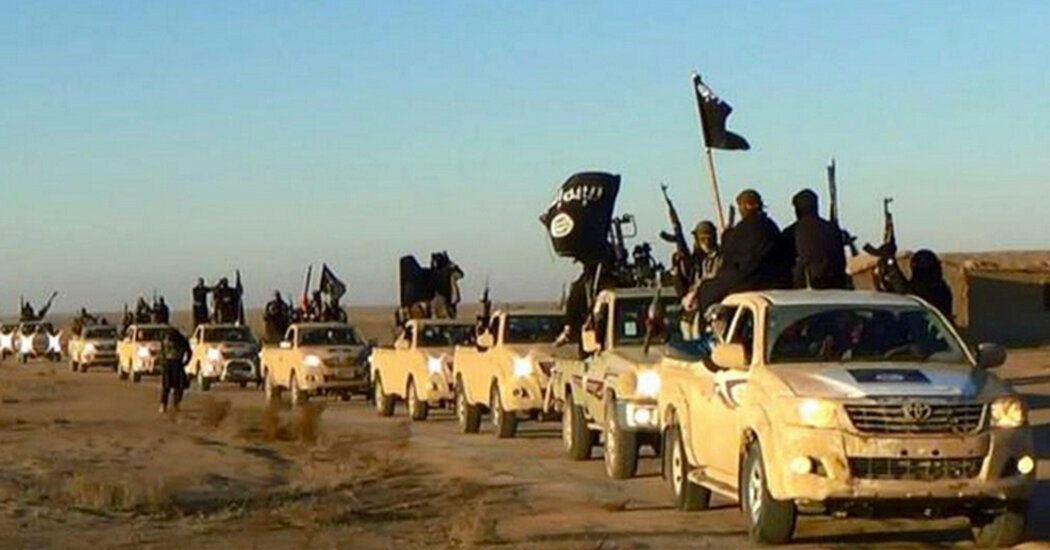 Continue reading the main story Members of the Islamic State drove through Syria in 2014. Until this week, Christopher Maier’s office was responsible for overseeing policy and strategy development regarding the fight against ISIS.Credit…Associated Press

The Pentagon policy official overseeing the military’s efforts to combat the Islamic State was fired on Monday after a White House appointee told him the United States had won that war and that his office had been disbanded, according to three people briefed on the matter.

The official, Christopher P. Maier, was the head of the Pentagon’s Defeat ISIS Task Force since March 2017, and his ouster came just three weeks after President Trump fired Defense Secretary Mark T. Esper and three other Pentagon officials, replacing them with loyalists.

In a statement late Monday, the Pentagon said that the acting defense secretary, Christopher C. Miller, had accepted Mr. Maier’s resignation and that his duties would be folded into two other offices that deal with special operations and regional policies. Those offices are led by Ezra Cohen-Watnick and Anthony J. Tata, two of the Trump appointees who have been promoted in the recent purge.

When Mr. Maier’s team was disbanded, they were in the midst of answering dozens of questions from the incoming Biden administration about the status of terrorist threats, relations with allies and counterterrorism missions. Now team members will be scattered across the vast Pentagon bureaucracy or returned to their home agencies.

Whether deliberate or not, the move by the newly promoted Pentagon leadership to eliminate that central hub will almost certainly slow the flow of counterterrorism information to Biden transition aides in the coming weeks, several officials said.

Mr. Maier’s supporters say he was summarily forced out of an important but low-profile job that required navigating the shoals of Washington’s counterterrorism bureaucracy as well as flying off to combat zones, including northeast Syria and Iraq, to work with precarious partners on the ground in the fight against the Islamic State.

“Chris is a straight-up pro,” Nicholas J. Rasmussen, a former director of the National Counterterrorism Center, said of Mr. Maier. “The idea this is justified because we’ve won the war against ISIS strains credulity.”

Mr. Maier, 44, an Air National Guard intelligence officer who has worked in counterterrorism jobs in Republican and Democratic administrations for two decades, declined to comment. His firing was reported earlier by CNN.

Some counterterrorism officials estimate that the Islamic State, despite having lost its territorial control in Iraq and Syria, still has as many as 10,000 guerrilla fighters there, and maintains resilient affiliates across East and West Africa and Afghanistan.

Is privatization a panacea for reforming DISCOMs?