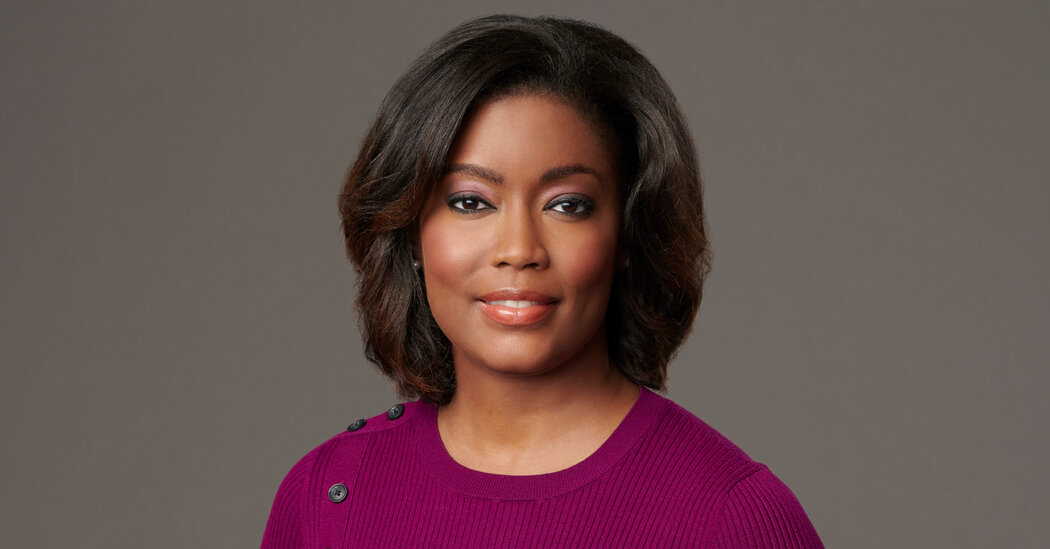 Ms. Jones, currently a senior vice president at the network, will become the highest-ranking Black woman in the TV news industry.

Rashida Jones, who has led MSNBC’s breaking news coverage, will start as the head of the cable news network on Feb. 1.Credit…Virginia Sherwood/NBC

MSNBC was already preparing for one momentous presidential transition next year. Now the 24-hour cable channel and home to liberal stars like Rachel Maddow is about to take on a second.

Phil Griffin, the MSNBC president whose left-leaning shows yielded big ratings in the Trump years and minted media brands like “The Rachel Maddow Show” and “Morning Joe,” will depart on Feb. 1 after a 12-year tenure, the network said on Monday.

He is to be succeeded by Rashida Jones, a senior vice president for news at MSNBC and NBC News, who will become the first Black woman to take charge of a major television news network. Ms. Jones, 39, currently oversees daytime news coverage for the network and breaking news and specials for NBC’s broadcast news division.

Her promotion, announced by Cesar Conde, the chairman of NBCUniversal News Group, is another big shake-up in the network’s management ranks. Mr. Conde, who formerly ran Telemundo, took over the news division this year after Andrew Lack departed following a bumpy tenure.

Ms. Jones, who once served as director of live programming for the Weather Channel, joined NBCUniversal seven years ago. MSNBC staff members took notice of what has been a steady ascent: Beginning last year, she was the executive producer for a pair of primary debates that set ratings records for a Democratic presidential contest.

This past April, she was handed oversight of MSNBC’s daytime news coverage, and within three months, she had added weekend news programming to her portfolio. By the fall, Ms. Jones produced two town-hall events with the 2020 presidential candidates and helped supervise preparation for Kristen Welker, the NBC correspondent who moderated the second presidential debate to glowing reviews.

In a memo to employees, Mr. Conde praised Ms. Jones’s “laserlike focus and grace under pressure.” Her new role was first reported by The Wall Street Journal.

Ms. Jones will assume control of a news network that reached ratings highs as a safe space for liberals enraged by President Trump, and is now pondering how to retain those viewers after the chief villain of its prime-time programming leaves office.

She also inherits a slate of network stars, some of whom are deeply loyal to Mr. Griffin, 64, the executive who joined MSNBC at its founding in 1996 and put in place much of the channel’s current lineup.

Besides handing Ms. Maddow her prime-time break in 2008, Mr. Griffin was also known throughout MSNBC as a masterful corporate tactician, surviving numerous shake-ups and even periods of prolonged ratings declines.

In a farewell memo on Monday, Mr. Griffin recalled his more than three decades at NBC, including memories of working with Jane Pauley and Bryant Gumbel at the “Today” show and a late-night reporting trip with Tom Brokaw in Somalia. (Colleagues speak highly of Mr. Griffin’s Brokaw impression.)

A vegetarian and spinning class enthusiast, Mr. Griffin distinguished himself as a boisterous executive with a knack for managing the large egos of television news. But he harbored other pursuits: A die-hard Mets devotee who wore his fandom on his sleeve, Mr. Griffin is also an investor in a sports bar in Manhattan called Bodega 88, which has played host to many an MSNBC holiday party.

Mr. Griffin wrote on Monday that, after Election Day, he told NBC leadership “that the time felt right to hang up my cleats.”

He also invoked less happy times at MSNBC, noting the network in its early days “had trouble breaking through.” He recalled that during a rather fallow ratings period, the former NBC chairman Bob Wright greeted him with a not-so-flattering nickname: “Hey, flatliner.”

By the time Mr. Trump took office in 2017, MSNBC was surging back. Last month, amid a bruising election and the resurgence of the coronavirus, the network notched its highest viewership numbers in a quarter-century.