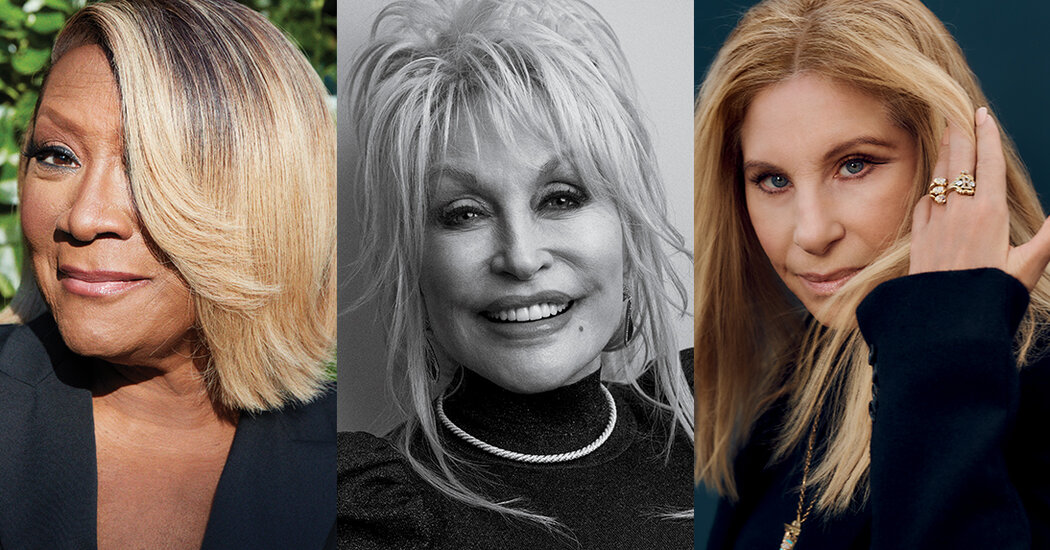 Letter From the Editor

Patti LaBelle, Dolly Parton and Barbra Streisand may each be synonymous with a different musical style, but they are alike in their ability to bring joy.

had finally been called for Joe Biden.

It felt that the joy and relief of that moment weren’t just in celebration of their candidate, however; they were to acknowledge the end of a period of waiting. This entire year has been defined by waiting: for greater clarity about the pandemic, for lockdowns to end, for borders to reopen, for financial relief to arrive, for a turn in the grocery store, for supplies to be delivered, for a vaccine to be approved. These new waits joined old ones, throwing them into sharper relief even for people who for many years were able to ignore them — the wait for racial and economic justice; the wait for equality. That some were still waiting for these fundamental rights after decades of struggling made waiting enraging; that they were waiting amid this new set of existential challenges was almost too much to bear. Would the fates be so cruel as to make us wait for the results of this presidential election, too? Apparently, they were.

When we began planning this issue in the late spring, we intended it as a treat for everyone who has had no choice but to persist through this year. How better to reward ourselves than by honoring three of our most beloved divas, each of whom has brought us so much delight through her music, acting and sheer force of personality? And yet, reading the stories about Patti LaBelle, Dolly Parton and Barbra Streisand, one is struck anew by how much waiting they all had to do themselves; as women in their 70s who entered show business in the early 1960s, they fought for creative control and respect over decades in which women were often denied equity — every female entertainer is in their debt. Along the way, they each became synonymous with an iconic American musical style: the Broadway show tune (Streisand), country (Parton) and soul (LaBelle). The fact that they persevered with both grit and good grace is as much a part of their legacy as are their musical catalogs.

Those qualities are also what the rest of the world has long admired about America — at our best, all of us have persevered with grit and good grace. This doesn’t excuse the fact that some of us have had to persevere for far too long — the fight shouldn’t be this difficult. But these women are a welcome reminder of what this country can produce: people who, against the odds, open their mouths, and still the world with their voice.