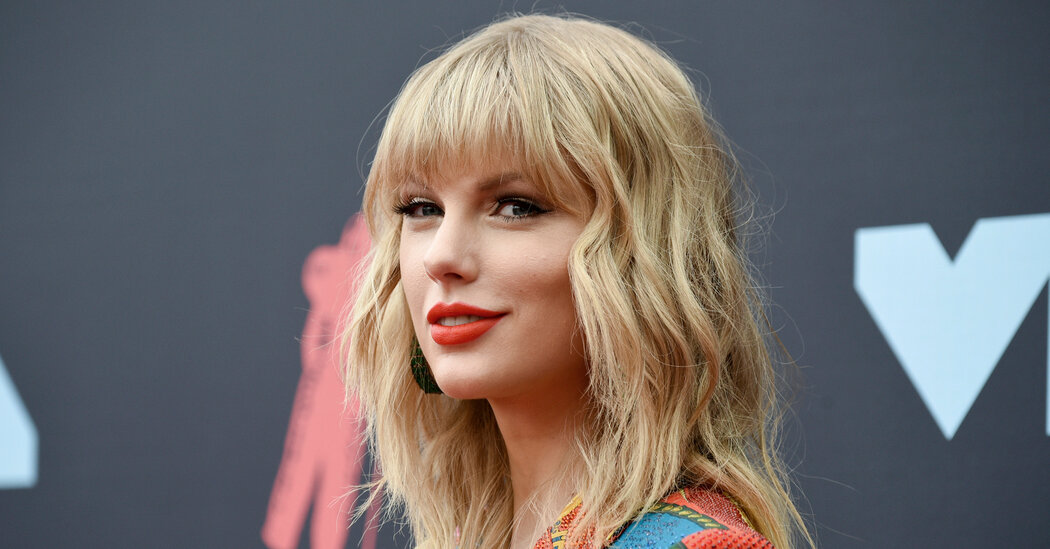 The singer and songwriter’s surprise July release is the only album to cross the million-sales mark so far this year.

Taylor Swift’s “Folklore” has notched its eighth nonconsecutive week at No. 1 on the Billboard album chart.Credit…Evan Agostini/Invision, via Associated Press

A few years ago, in what now seems another lifetime of the music industry, it was not so uncommon for popular albums to sell a million copies. Taylor Swift sold that many in a single week four albums in a row. Adele sold eight million in 2015 alone.

But as streaming music has become the dominant mode of music consumption, selling albums — complete artifacts, like a CD, vinyl LP or downloaded collection — has become increasingly rare, even though revenue from the sale of such items far exceeds that of streams.

So far this year, only a single album has crossed the million-sales mark: Swift’s “Folklore,” a surprise release in July that has remained a steady hit, now notching its eighth time at No. 1. In its latest week, the album had the equivalent of 77,000 sales in the United States, according to Nielsen Music.

Of that number, 20,000 were racked up through 26 million streams, and 57,000 copies were sold a complete package, helped by some old-fashioned elbow-grease marketing from Swift: selling autographed CDs through her website for $25 apiece. (In another strategy, she sold 17 physical versions of the album, including eight CDs, eight LPs and a cassette.)

This week’s numbers push the “pure” sales number of “Folklore” to 1,038,000 copies in the United States, according to Billboard. Guess who was the only artist to sell more than a million copies of an album in 2019? It was Swift, with 1.09 million of last year’s “Lover.”

Also this week, “Shoot for the Stars Aim for the Moon,” a posthumous collection by the New York rapper Pop Smoke that has also been a regular chart hit, fell one spot to No. 2 in its 16th week out. “Savage Mode II,” by 21 Savage and Metro Boomin, is No. 3.

Juice WRLD’s “Legends Never Die” is in fourth place, and a deluxe reissue of Tom Petty’s 1994 album “Wildflowers” returned to the chart at No. 5. When initially released, Petty’s album peaked at No. 8.

This Time, a Cartoon Depiction of Naomi Osaka Is More True to Life