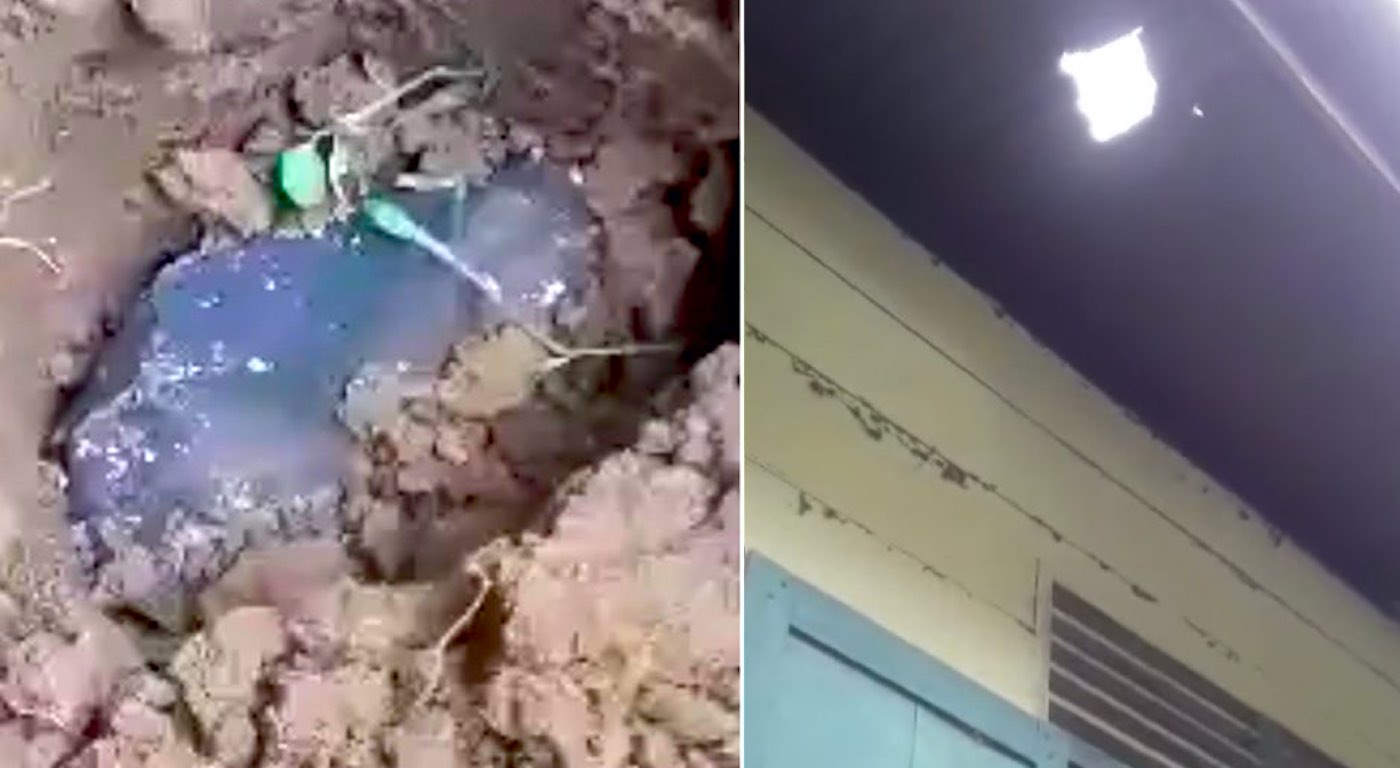 One minute, you’re minding your own business, working outside your house building a coffin, and the next minute a smoking meteorite worth a small fortune hurtles through the roof of your veranda and winds up buried in the earth next to your living room.

It wasn’t a typical day, but that’s exactly what happened to a 33-year-old Indonesian coffin maker named Josua Hutagalung. “I was working on a coffin near the street in front of my house when I heard a booming sound that made my house shake. It was as if a tree had fallen on us,” the father of three told the Sun. “[The meteorite] was too hot to pick up so my wife dug it out with a hoe and we took it inside.”

Weighing in at roughly 4.5 pounds, the 4 billion-year-old meteorite was later classified as the extremely rare CM1/2 carbonaceous chondrite variety.

As soon as news of the incident went public, American space rock guru Jared Collins hopped on a plane to Sumatra to purchase the precious cargo. After fielding a crazy number of offers, Collins sold the extra-terrestrial treasure to Indianapolis-based meteorite collector Dr. Jay Piateck, who mailed it for safe-keeping to the Center for Meteorite Studies at Arizona State University (where it’s currently being stored in liquid nitrogen).

While Hutagalung won’t reveal the exact dollar amount he wound up accepting for his 4.5-pound chunk of outer-space booty, guesstimates range well in excess of a million bucks.

With his new-found fortune, Hutagalung says he plans to help build a church for his community. He’s also got a more personal wish. Money can’t buy it, but he’s optimistic that his streak of good fortune hasn’t run its full course just yet.

“I have always wanted a daughter, and I hope this is a sign that I will be lucky enough now to have one,” he said.

As far as signs go, wishing on a meteorite might not be the same as wishing on a shooting star, but, odds are, having been singled out by meteor manna from heaven may go a long way toward upping those odds considerably. Here’s hoping they do.

WATCH the video taken by Josua…

POPULAR: Blind, Deaf Senior Dog Found in Good Health Just 28 Hours After Being Carried Off By a Hawk

SHARE The Hunk of Burning Luck on Social Media…

Cyberbullying linked to post traumatic stress for victims and perpetrators: Children should be screened for symptoms, suggest researchers