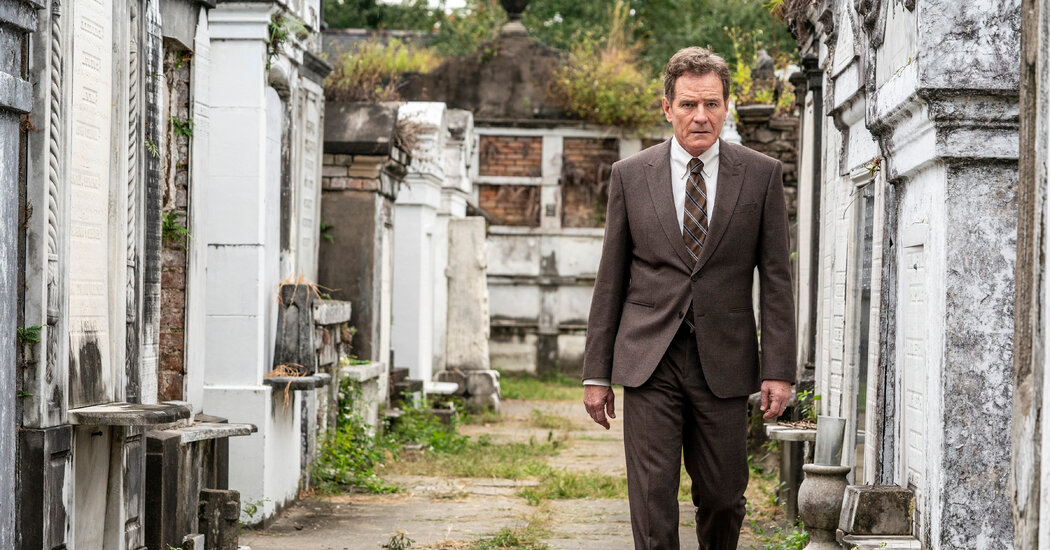 Bryan Cranston stars in a role that recalls his most famous series. The comparison is not flattering.

Set in New Orleans, “Your Honor,” on Showtime, stars Bryan Cranston as a straight-arrow judge forced to go down a crooked path.Credit…Skip Bolen/Showtime

In “Breaking Bad,” Bryan Cranston unforgettably captured the moral arc of Walter White, the chemistry teacher transmuted into a drug lord, a man driven to crime out of fear for his family’s well-being who discovers that his former career trained him surprisingly well for his new one.

“Your Honor,” the grim ethical-dilemma drama beginning Sunday on Showtime, moves Cranston from New Mexico to New Orleans, from a lab bench to a judge’s bench — and yet it doesn’t go far at all. It plops him in very much the same dramatic position, and as one more cable-drama journey into an ethical gray zone, it covers no new ground.

So here it is: Michael Desiato (Cranston), a straight-arrow judge, finds his devotion to the law tested when his teenage son, Adam (Hunter Doohan), kills another young man in a hit-and-run accident. Desiato’s instinct is to lawyer up and come clean, until he learns that the victim was the son of a local mob boss, Jimmy Baxter (Michael Stuhlbarg), who is not about to wait for the courts to avenge his child.

As ABC likes to ask in its own ethical-dilemma show, “What Would You Do?” Desiato decides to save his son’s life by pulling strings and faking an alibi. The love of his child leads him to break — well, exactly how bad is left for you to render the verdict on.

Structurally, the series owes less to “Breaking Bad” than to recent limited-series crime stories like HBO’s “The Undoing,” with its emphasis on twists and mechanics over character depth, and to pay-cable series like Showtime’s “The Affair,” with its substitution of glumness for heft.

The opening sequence, capturing the tense moments before and after the fatal accident, sets a gritty tone — visually, its New Orleans is one of industrial landscapes and cracked asphalt — while leaving a trail of bread crumbs, blood spatter and fingerprints for a potboiler that is less whodunit than will-he-get-away-with-it.

As Desiato goes down the crooked path, he finds that his training in the law has prepared him well to betray his profession. Like Walter White (I know the comparison is tiresome, but it’s unignorable), he discovers an aptitude that leads you to wonder whether the criminal was always in him, looking for an escape.

He knows how to prepare his son for questioning, how to hide evidence and sow doubt, how to take advantage of his connections, including Nancy Costello (Amy Landecker), an investigator, and Charlie Figaro (Isiah Whitlock Jr.), a political ally. Still, he’s barely one step ahead of the law, with Baxter funding his own extralegal investigation.

Cranston can play this sort of character in his sleep. He does not do it in his sleep here, and his all-in devotion is one of the things that keeps “Your Honor” watchable. He’s attuned to every micro-flash of emotion in Desiato — grief, anger, panic, determination — and lets us see every mental adjustment he makes to knit his story together faster than it can unravel.

The thriller, adapted by Peter Moffat from the Israeli series “Kvodo,” is good at ratcheting up the pressure but not at investing the viewer beyond the plot machinations. The characters feel like stock illustrations in a moral-philosophy seminar hypothetical. Desiato needs to be conflicted, so he’s a righteous, crusading judge. Adam needs to be sympathetic, so he has a bad case of asthma, a nervous sensibility and a family trauma (his mother, Desiato’s wife, died suddenly).

The result is an out-of-whack ratio of acting talent to material. Why hire the versatile Stuhlbarg to play a generic heavy who shows up a few minutes an episode to brood about payback? Why cast, or miscast, the captivating Hope Davis as a wailing, one-note vengeance machine? Margo Martindale arrives, in the fourth and final episode previewed for critics, to deliver lines like, “Rules are like doughnuts. They have holes in them.”

It all feels like an effort, through casting, to resuscitate characters that the scripts never breathed life into, a kind of dramatic CPR. At times, the patient revives: Doohan, hardly the biggest name on the call sheet, makes Adam’s torment convincing, as his guilt and sense of fairness clash with his father’s desperation and knowledge of the justice system’s limits.

But the farther “Your Honor” gets from those two core performances, the clearer it is that it’s made of cardboard, from the subplot about Adam’s affair with a teacher to the caricatured gang members looming on the streets. (It is something of an accomplishment to make a show set in New Orleans feel so nondescript and flat.)

“What would you do?” can be a provocative question. But in “Your Honor,” it is no match for the answer, “Who cares?”

Democrats should ditch ‘defund the police’ and give Ocasio-Cortez a bigger platform, Obama says.