Democrats should ditch ‘defund the police’ and give Ocasio-Cortez a bigger platform, Obama says. 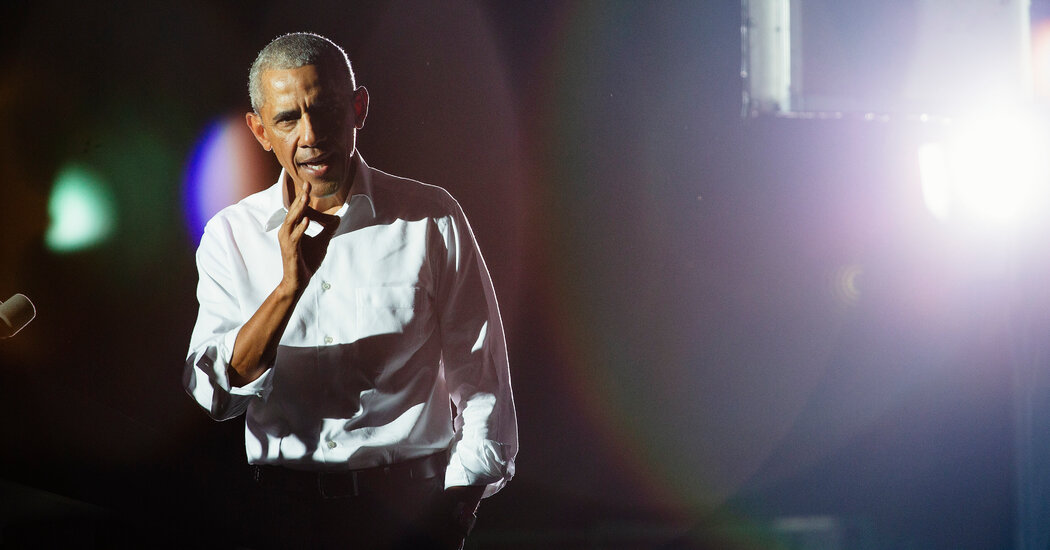 President Obama has trodden a tricky political path during a recent online book tour promoting his new memoir, “A Promised Land” — as a durable darling of the youthful left who doubles as a gray-templed critic.

Case in point: During an appearance on Snapchat’s “Good Luck America” show, the former president called on progressives to ditch catchphrases like “defund the police” — while, moments later, chiding party elders for not spotlighting young stars like Representative Alexandria Ocasio-Cortez of New York.

“If you believe, as I do, that we should be able to reform the criminal justice system so that it’s not biased and treats everybody fairly, I guess you can use a snappy slogan, like ‘defund the police’,” Mr. Obama told the show’s host Peter Hamby in the episode, which was posted Monday.

“But, you know, you lost a big audience the minute you say it, which makes it a lot less likely that you’re actually going to get the changes you want done,” he added.

Many Democrats, including Mr. Obama, have suggested Republicans were able to weaponize the “defund” slogan during the election by falsely accusing Democrats of pushing to abolish entire departments when most of the party’s candidates advocated restructuring existing agencies to reduce police violence.

But the “snappy” quip drew instant criticism — polite but pointed — from several prominent progressives, including Representative Ilhan Omar, Democrat of Minnesota, who tweeted: “We lose people in the hands of police. It’s not a slogan but a policy demand.”

Mr. Obama struck a markedly different note when the discussion moved on to this summer’s Democratic National Convention, which featured a blink-and-miss-it appearance by Ms. Ocasio-Cortez.

The freshman lawmaker supported President-elect Joseph R. Biden Jr., often in less than enthusiastic terms, after backing Senator Bernie Sanders in the primary. (Democrats close to Mr. Biden said at the time that the brevity of Ms. Ocasio-Cortez’s appearance was not a slight, but they conceded that Mr. Biden’s more enthusiastic supporters had been given more airtime.)

“The Democratic National Convention I thought was really successful considering the pandemic, and really used technology wisely,” Mr. Obama said in the interview.

“But, you know, the fact that an A.O.C. only got, what? Three minutes or five minutes? When she speaks to a broad section of young people who are interested in what she has to say, even if they don’t agree with everything she says,” he added.

“You give her a platform, just like there may be some other young Democrats who come from more conservative areas who have a different point of view. But new blood is always good,” Mr. Obama said.

Environmental News Network – Stay Hydrated: It’s Going to Be a Long, Hot July for Much of U.S.