With a deadline looming, locals scramble to raise enough money to buy the White Horse Tavern — and save the soul of their community.

The White Horse Tavern in Stonesfield, England, has been up for sale since July.Credit…Mary Turner for The New York Times

STONESFIELD, England — Seven pubs in this tiny village in West Oxfordshire have closed over the years, and some residents here still talk about each as if it were a beloved relative who had expired last week. The Black Head? Turned into a private home. Rose & Crown? Demolished and replaced with a row of houses. The Boot Inn? Kaput.

So in July, there was concern, verging on alarm, when the owner of the White Horse Tavern posted a sign on the front door announcing that the place was up for sale.

It’s not just that the two-story stone-and-brick building has been serving beer since 1853 — the year the Crimean War started, for some perspective — and the setting for thousands of parties, benders, receptions and Sunday roasts. It is also the last pub in Stonesfield, population 1,500. Without it, the village would lose its social core, as well as an important selling point to the rest of the world. 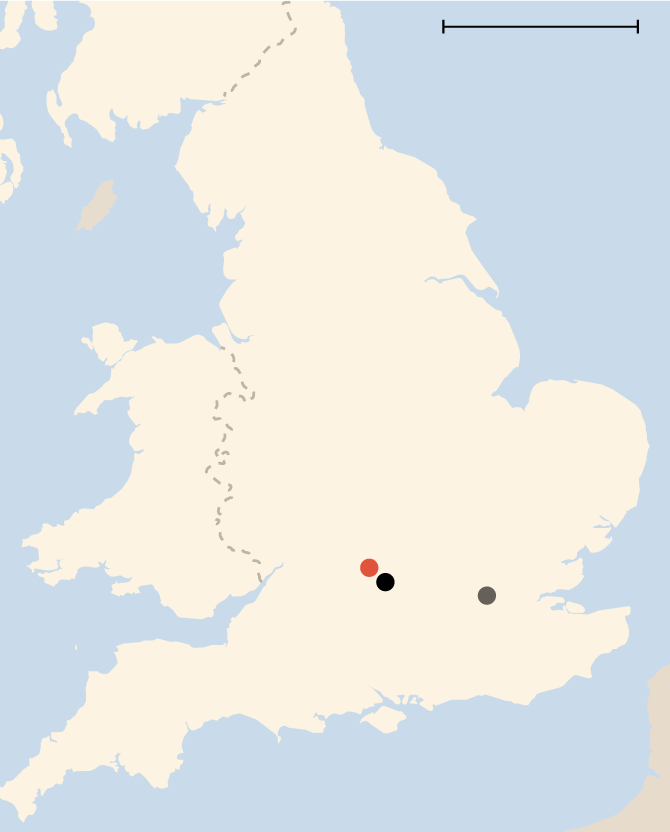 “There are villages dotted all around West Oxfordshire, and if you’re not sure where to move, you tend to look for a place that has three things — a pub, a school and a shop,” said Steve Callaghan, who has lived in Stonesfield for 25 years. “We’ve seen reports that when a village loses its last pub, the real estate goes down by 10 percent.”

Mr. Callaghan, 63, was not going to sit around and watch the White Horse vanish along with a 10th of the value of his home. And the law gave him and like-minded locals an opening. Years ago, the government deemed the White Horse an “asset of community value,” a designation that imposed a six-month moratorium on any sale, so residents could try to raise money and make an offer for the place.

Image “There are villages dotted all around West Oxfordshire, and if you’re not sure where to move, you tend to look for a place that has three things — a pub, a school and a shop,” Steve Callaghan said.Credit…Mary Turner for The New York Times

Since October, Mr. Callaghan and some neighbors have been doing just that. They formed the Stonesfield Community Benefit Society and have been scrambling to collect £395,000 (about $525,000), the asking price of the pub.

The group has sold shares for £50 apiece, washed cars, sold cakes, held socially distanced garage sales and organized something called an auction of promises, in which goods and services were put up for bid. The offerings included a ride on a white pony named Cobweb and a private show by a local band called the Village Idiots.

To date, the organization has raised £339,950. With a self-imposed deadline of Nov. 30 looming — leaving time to process the paperwork before the moratorium ends in early January — another £55,050 is needed.

It looks like it’s going to be a squeaker.

And even if residents hit their financial target, a triumphant toast might be premature. Under the law, in January, the owner of the pub, John Lloyd, will still be free to sell to whomever he wants, and he’s told the society that he already has an interested buyer lined up.

Mr. Callaghan and others met the prospective buyer at the White Horse a few months ago, and the man told them he wanted to keep the White Horse as a pub. But the villagers were later disheartened to learn, from a post-meeting web search, that the buyer had spent years as a property developer.

Certainly from an investment perspective, turning the building into residences makes sense. As beloved as they are, pubs are low-margin propositions in the best of times; during pandemics they are sinkholes.

The interior of The White Horse Tavern seen through a window.Credit…Mary Turner for The New York Times

The problem is that taxes are high and beer is more available than ever in supermarkets and elsewhere. A smoking ban, imposed in 2007, didn’t help.

The pub owner, Mr. Lloyd, declined to speak on the phone and instead, sent a few text messages. All of them underscored how he thought the society had “zero probability,” as he put it, of raising the funds.

There is a back story to all this, and during a recent tour of the White Horse’s exterior and adjacent property, Mr. Callaghan and Claire Brooks, the society’s vice chair, provided it.

The day of the visit was overcast and soggy, giving the village, about 12 miles northeast of Oxford University, the look of a black-and-white postcard, circa 1905. The inside of the White Horse appeared, through a window, quaint and ready for business, with a wood-burning stove and a bar that lacked only a row of customers.

Beside the pub is a grassy garden where drinkers gather when it’s warm.

“He wanted to pave this,” Ms. Brooks said.

She was talking about Mr. Lloyd’s plan, proposed years ago, to turn the garden into a parking lot. So many people objected to this idea at a local council meeting that someone had to find extra chairs to fit everyone in the room. The council said “no.”

There was a second contretemps between Mr. Lloyd and town residents when he unveiled plans for the building he owned next to the White Horse. At the time, it housed a skittle alley, an ancient version of bowling. He wanted to turn that into a house. The proposal was approved over vocal opposition by Mr. Callaghan and others.

Many of the villagers who fought hardest against Mr. Lloyd in the last two tussles are now leading the society, which may explain some tension between them. In a text Mr. Lloyd said Mr. Callaghan and others “boycotted” the White Horse after the skittle alley skirmish.

Untrue, Mr. Callaghan said, although he also said he avoided the pub when Mr. Lloyd was bartending. So did others who say Mr. Lloyd never seemed particularly interested in hospitality.

“Even as a villager, you’d go in there some nights and it was like you had crawled under a stone,” recalled Leela Menon, who has not joined the society nor purchased any of its shares.

Mr. Callaghan is worried that if the place is perceived to be a failing business, a new owner could seek a “change of use” application from the local council, allowing the pub to be converted to residences.

Without its last pub, Stonesfield would lose its social core, as well as an important selling point to the rest of the world.Credit…Mary Turner for The New York Times

Ms. Brooks envisions a cheerier outcome. She’s so certain that her society will succeed that recently she bought a pizza oven, which she intends to fire up as soon as the place reopens.

She Chronicled China’s Crisis. Now She Is Accused of Spreading Lies.