This U.K. Rapper Is Making the Pandemic Work for Him 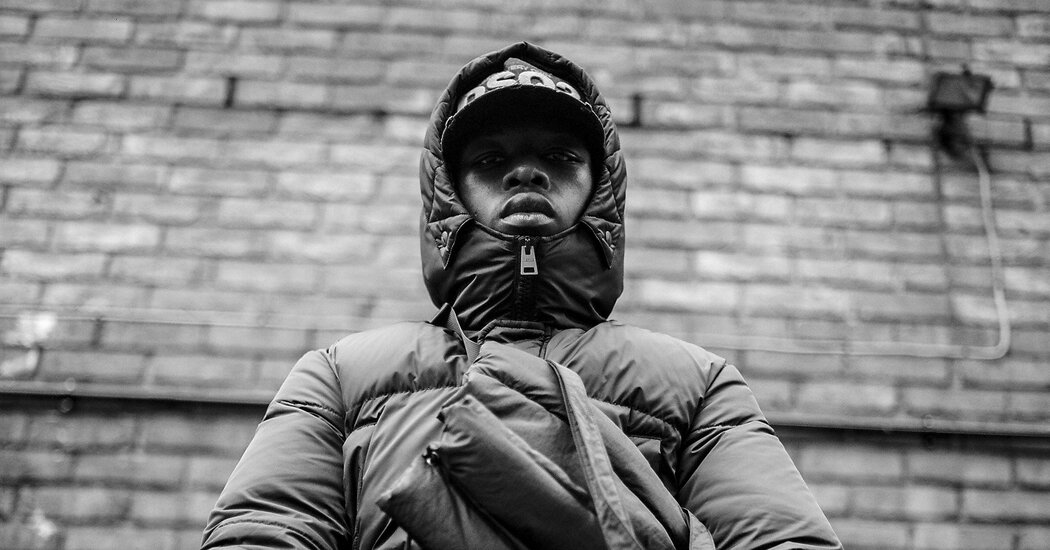 In a disruptive year for the music industry, Pa Salieu has had an unusually rapid rise. And this is just the beginning, he says.

“This lockdown has given me a chance,” said Pa Salieu, whose debut album recently reached Britain’s Top 40 chart last month.Credit…Adama Jalloh for The New York Times

LONDON — On a recent evening, one of Britain’s most hotly tipped new rappers delivered a blistering set to launch his debut album. Ordinarily, he would have faced an audience screaming his name — “Pa Salieu! Pa Salieu!” — and a sea of flashing iPhones. But amid the coronavirus pandemic, with his live appearances canceled, the 23-year-old’s first full show was to a camera in a studio, for a livestream to fans at home.

In retrospect, Pa Salieu said later in an interview over Zoom, he was glad that scheduled summer appearances at festivals in Britain and Portugal had not gone ahead. He wouldn’t have been ready then to face such big crowds, he said: “I was nervous. Everything is new to me.”

“But this lockdown has given me a chance,” he added. “I’ve been practicing. I haven’t slept in a long time.”

Salieu’s rise has been unusually rapid — and it’s not just obstacles in the recording industry he’s faced. In just a year, he’s gone from being a small-time criminal in a tough English town to become a breakout star, with a near-death experience along the way.

His first success was the single “Frontline,” a visceral account of life on the wrong side of the tracks. It came out in January, and just a month later, he signed to the same management company as Adele. Since then, he has released a varied string of singles, establishing a lemon-fresh hybrid of African, British and Jamaican pop and hip-hop styles, with occasional ’80s soft-rock touches.

These tracks found wide acclaim and mainstream radio play, and next came the release of his debut album, “Send Them To Coventry,” which entered Britain’s Top 40 chart in November.

Rapping about his youth in Coventry, a town in the Midlands area of England probably best known for the excessive bomb damage it suffered during World War II, Salieu’s songs detail experiences of evading death and chasing women: hard-edged one minute, party-focused the next. They’ve been praised for their authenticity, and brought him an avalanche of press coverage.

“Typically,” said Dan Chalmers, the director of YouTube Music in Europe, via email, the success of “rap music has focused heavily on streaming, but I have seen Pa on so many magazine covers in the past couple of months, which have really opened him up to new audiences.”

The British musician Mahalia, a guest vocalist on Salieu’s song “Energy,” said she wasn’t surprised Salieu has found a huge fan base in just a matter of months. “Pa is a clear example of how, no matter what strategy you have, if the music is strong enough, it can cut through,” she said in a phone interview.

Salieu’s first headline gig was a live stream. “I was nervous. Everything is new to me,” Salieu said.

In some ways, Mahalia added, she saw the pandemic as having worked in his favor. “I see his music everywhere. And it’s not just on billboards or on TV,” she said. “I’m seeing him on my friend’s Instagram stories, I’m seeing people tweet his songs. Everybody was stuck at home on their phones and their laptops, sharing his music.”

Rap music has never been so popular in Britain, according to a recent report from British Phonographic Industry. A fifth of all music sales here last year were from rap and hip-hop genres, according to the analysis, which also found that between 2015 and 2019, the share of those sales by artists based here had more than doubled.

With that increase has come a diversification of styles, incorporating myriad M.C.-led sounds, including grime, drill, road rap and Afroswing.

Chalmers, the YouTube executive, said there was a growing appetite for artists who encompass a spectrum of sounds. “At a time when music fans are largely omnivorous and the lines between genres are becoming increasingly blurred,” he said, “Salieu resonates with a broad audience. He’s got that rare universal appeal.”

Image “I’ve been practicing,” Salieu said. “I haven’t slept in a long time.”Credit…Adama Jalloh for The New York Times

These accomplishments are all the more impressive given that, a year ago, the rapper wasn’t sure he would live to enjoy a music career at all. In October, Salieu was shot 20 times in the head and neck during a drive-by shooting outside a party in Coventry. Sixteen bullets remain lodged in his skull. “They can’t take them out, it’s too deep,” he said.

At that point, Salieu was still involved in street crime, he said, but soon after the shooting, he left Coventry for London. He used to carry knives “for my defense, just to feel safe,” he said. The police picked him up while he was armed with one, he said, and a criminal record had made it hard for him to find a regular job.

“Music saved me,” he said, adding that without it, he’d have gone back to crime.

Salieu was born in England, but moved to Gambia when he was two. West Africa has a strong influence on his music: His song “B***k,” includes samples from his aunt, a Gambian folk singer.

When he was eight, he returned to England, and moved to Coventry. In Britain, “to send someone to Coventry” means to ostracize them or give them the silent treatment, and Salieu said he wanted his debut album to reflect his feelings of being an outsider, especially at school, where he was one of the few Black students in his class.

“When I came back, I knew I was different,” he said. “I’ve got a dark skin shade, and my African accent is very strong,” he added.

Other students tried to bully him, Salieu said, and he was soon labeled an angry kid.

“I used to just fight, I didn’t take it,” he said. “I was taken out of classes for most of my school life. I was excluded, expelled.”

His dice with death had been “an awakening,” he said.

“When I got shot, I was refusing to close my eyes,” he said. “I was sitting in the ambulance and thinking about music. I had to survive, I had to push this.”

And he is still pushing, he said. The pandemic has been a blessing in disguise, he said, because it had given him the chance to put together an album, without distractions from the outside world.

Plus, he’s enjoyed having a captive audience for his music, at home. “It’s crazy that no one can run away from me,” he said.

And now, at the end of his breakout year, Salieu was looking ahead. “I think, ‘what artist can I become in two years?’” he said. “I have so much to say.”

Ron Howard: ‘I’m introverted and risk-averse. But not when there’s a story to be told’