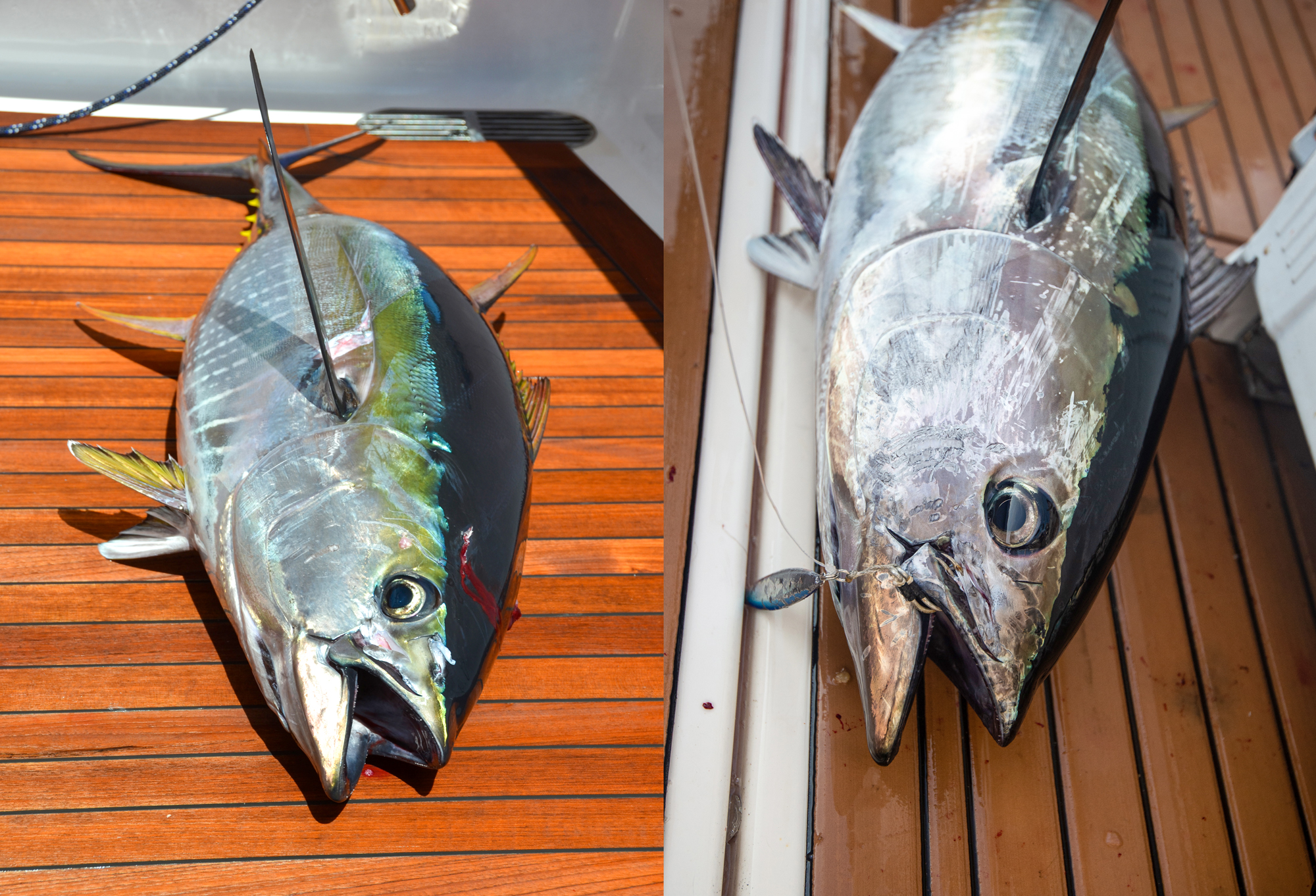 Learn how to identify and distinguish the differences between bluefin tuna and yellowfin tuna with these pointers.

1. The pectoral fin of bluefin do not reach past the beginning of the second dorsal fin.
2. The silver underside of a bluefin’s body is marked with white dots and uneven lines.
3. The second dorsal fin is a mix of grey and yellow in color.
4. The tail fin is dark blue in color.

How to Catch Northern Pike by the Season

A Reel Christmas for a Young Fisherman