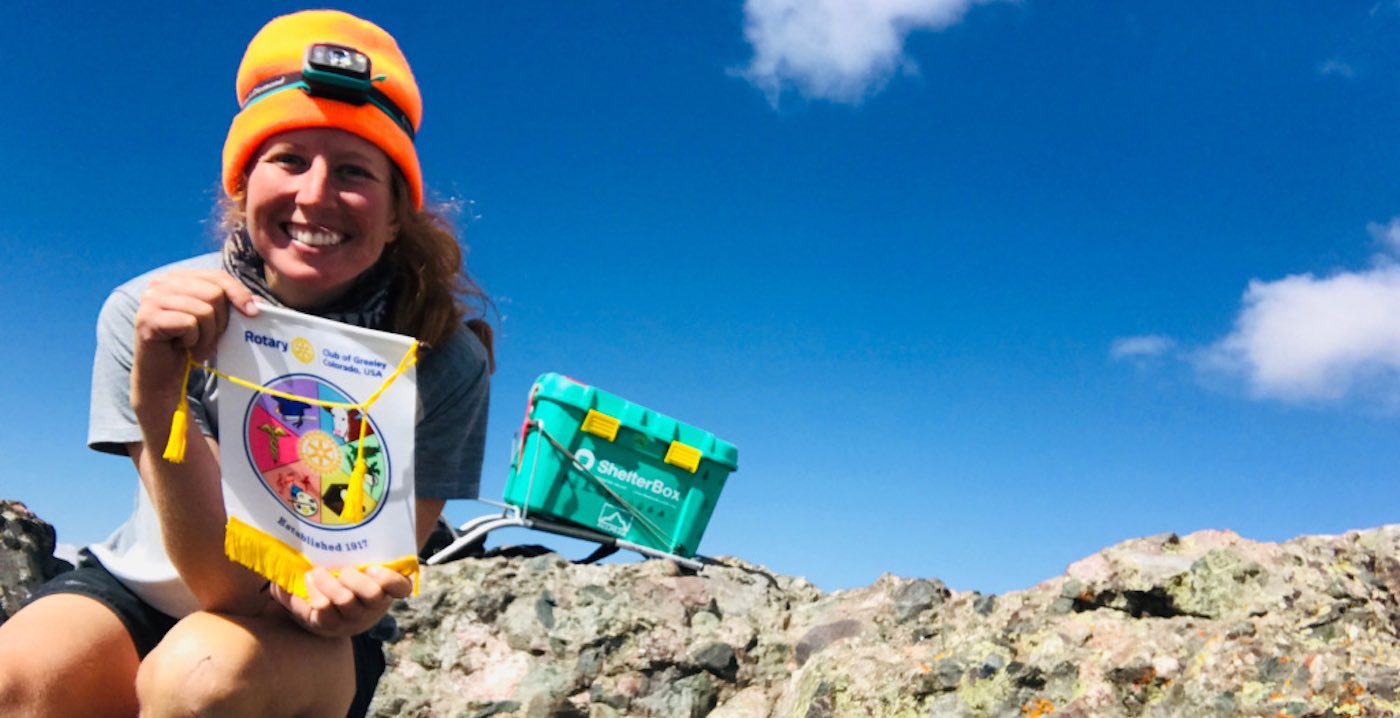 COVID-19 has had an impact on pretty much every aspect of our lives—how we work, how we play, how we shop, and especially how we travel.

When 27-year-old University of Denver grad student Brittney Woodrum realized she was going to shelve her globetrotting plans at least temporarily, the Kentucky native decided to put the time to good use.

Woodrum—who goes by the nickname “Bert”—is working toward her Master’s degree in humanitarian assistance after focusing on nonprofit administration and Spanish as an undergrad at the University of Kentucky.

Fittingly, she has a long history of working with nonprofit NGOs to help at-risk and marginalized populations under her belt.

She cites her experience living at a Buddhist nunnery in Myanmar while helping to launch a language program with shaping her worldview. “The nuns taught me a lot about the idea of ‘impermanence,’” Woodrum explained. “With a desire to learn more, I eagerly dove into their way of life, shaving my hair and donating nearly everything I owned… These women had nothing compared to [the] life I was used to, yet their lives were overflowing with joy and purpose.”

In addition to her humanitarian efforts, Woodrum is an avid outdoorswoman and hiker. Faced with enforced time off, she started looking for an organization to hook up with that would allow her to combine the two passions.

ShelterBox was the perfect solution. “No one should have to worry about where their shelter will come from, and that’s why I was really struck by ShelterBox’s mission,” she said.

Known for its trademark turquoise box filled with essential relief items, ShelterBox is “a global organization made up of people who believe in shelter as a human right, [and] that shelter from the chaos of disaster and conflict is vital.”

Colorado’s “Fourteeners,” a total of 58 peaks with elevations of 14,000 feet or more, are considered some of the toughest climbing destinations in North America.

For her challenge, Woodrum planned to take on all of them, one at a time, with the goal of raising funding and awareness for families who’d lost everything as a result of the global pandemic.

MORE: He Designed a Mountain Bike to Bring Adventure Back to People With Disabilities – Like Himself

With her Fourteeners Project in place, Woodrum hit the ground climbing—always with her trusty 14-pound blue box on her back.

Because the process went so quickly from idea to implementation, she really didn’t think she’d be collecting more than a few thousand dollars for the cause, but she was in for a very pleasant surprise.

“Word seemed to spread very quickly and a lot of people were equally impassioned by ShelterBox’s mission and what I was doing,” she told CNN. “I have an immense amount of gratitude to everyone who came out to support me both virtually and physically.”

While the extended outdoor sojourn took its toll—Woodrum spent some nights camping out in her car and avoided grocery shopping as much as possible—at the end of the day, she couldn’t have asked for a better outcome.

With her mission accomplished, Woodrum plans to take a little well-deserved downtime, but she doesn’t plan to rest on her laurels for very long. “I feel very privileged with everything I have ever had…” she told The Aspen Times. “The best thing I can do with my life is [to] pay some of that forward and help others who by no fault of their own have had the worst day or year of their life.”

PASS On The Adventures And Share This Story With Your Friends…