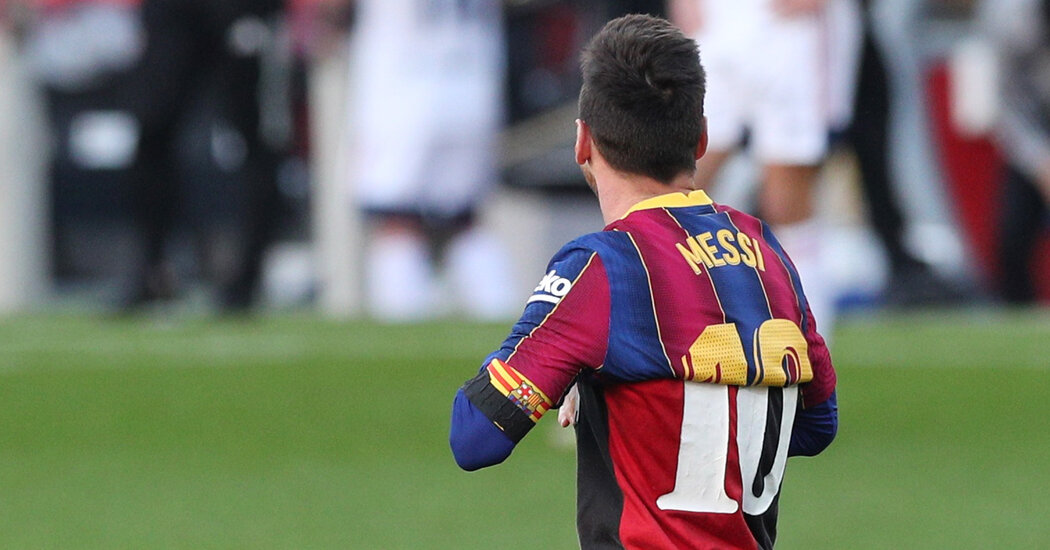 It was nothing more, really, than a ruffle of the hair and a kiss on the cheek. There was no pomp or circumstance that day in 1994, no words of wisdom whispered in the ear or sweeping gesture made for the crowd. Diego Maradona left the field, and Ariel Ortega replaced him on it. But that was all it took. The torch, it was decided, had been passed.

Ortega was not the first player to be labeled the new Maradona. That honor, according to common consensus, fell to the former Boca Juniors forward Diego Latorre, and he certainly would not be the last. For a couple of decades, at least, a new pretender came to Maradona’s throne seemingly every year.

There would be short Maradonas and tall Maradonas, slender ones and squat ones, quick ones and slow ones. Sometimes the parallels were obvious: Pablo Aimar and Juan Román Riquelme and Andrés D’Alessandro played in the same position as him, in the same way as him, on the same team or bearing the same jersey number as him.

And sometimes they were not. There were new Maradonas who turned out to be jet-heeled wingers or elegant, deep-lying midfielders or languid target-men or elfin goal-poachers.

Image Juan Román Riquelme, among others, took on the burden of wearing Maradona’s No. 10.Credit…Daniel Garcia/Agence France-Presse — Getty Images

Often, Maradona himself would anoint his successor, though his favor was uncertain, shifting. For a while, it was Javier Saviola, though it pained Maradona to say it, “because he plays for River Plate,” the great rival of Maradona’s beloved Boca Juniors. A few years later, Maradona decreed that D’Alessandro was the “only player who amuses me.” He cast Carlos Tevez as “an Argentine prophet for the 21st century.”

Some were given an entire country: Krishanu Dey was the Indian Maradona, Ali Karimi the Iranian version. Others had to share their territory. There have been, according to some lists, at least four Maradonas of the Balkans.

Some were given a much more precise geographical location. Fabrizio Miccoli was the Maradona of the Salento, the area in the south of Italy from which he hailed. Turkey’s Emre Belozoglu was the Maradona of the Bosporus. At one point, there was even a Maradona of Basingstoke, an unremarkable commuter town southwest of London, though that one, at least, was a knowing joke.

Some players leaned in to the comparison: Miccoli, a gifted but mercurial forward with Juventus, Fiorentina and Palermo, bought a pair of Maradona’s earrings at auction and would later acquire a tattoo of Che Guevara’s face, just like the one on his idol’s shoulder. Tevez acknowledged that he had based his style of play on his idol; they would go on to become close friends.

Others found the pressure implicit in the comparison suffocating. When Saviola signed with Barcelona in 2001, two decades after Maradona had done so, he was asked what he made of the parallels. “As I never tire of saying, there will not be another player like Maradona,” Saviola said. He was 19, and he already felt like he was repeating himself.

There were some who came close to living up to the name, in the same way as boarding a commercial flight is close, in some respects, to going to the moon. Aimar, Riquelme and Tevez enjoyed long and successful careers in which they played in World Cups, lifted league title trophies and defined their own legacies rather than being condemned to the coda of another player’s.

Hagi carried Romania to a World Cup quarterfinal and remains a symbol of his country’s soccer culture in the same way Maradona, more than anyone, represents Argentina’s. Dejan Savicevic, one of Maradona’s many Balkan apostles, became one of the finest players in Europe, an inspirational part of the great A.C. Milan teams of the early 1990s.

Ariel Ortega took over Maradona’s role at the 1994 World Cup, and later wore his No. 10, but could never truly fill his shoes.Credit…Daniel Garcia/Agence France-Presse

Others never did quite enough to escape Maradona’s shadow, Ortega prime among them. Perhaps that was unavoidable: nobody, not even Riquelme and Tevez — the two players tasked, willingly or not, with living up to Maradona’s name at Boca Juniors — felt the white heat of expectation quite so much as the boy who took the field to replace him that day in Salta in 1994.

That game — a 2-1 win against Morocco — had been a warm-up for the World Cup set to start a few months later. At Argentina’s base that summer in Wellesley, Mass., Ortega shared a room with Maradona, the team captain. When Maradona was thrown out of the tournament after testing positive for ephedrine, Ortega would be tasked with replacing him for Argentina’s remaining games.

It made sense. Both were stronger than their stature would suggest. Both had a low center of gravity, almost flawless technique and a burst of acceleration that carried them past opponents. They even shared a passing physical resemblance, right down to the shock of raven-black hair.

Their similarities did not end there. Ortega had a flash of his mentor’s temper; one of the things Maradona most admired about him was his defiant, self-possessed, renegade streak. Ortega was sent off in a World Cup quarterfinal, and later punished with a worldwide transfer ban after walking out on his contract at the Turkish club Fenerbahce.

To an extent, too, his fate and Maradona’s were entwined. Ortega struggled with an alcohol addiction — Maradona himself would, at one point, advise that his old friend “needed help” — that first derailed and then curtailed his career. It is dangerous to psychoanalyze from a distance, but it is hard not to wonder if, perhaps, the torch he was passed that day in Salta was too hot for him, for anyone, to handle.

Argentina has not anointed a new Maradona for more than a decade now. The rest of the world has moved on, too. The quest to find an heir had grown too quixotic to be taken seriously by the middle of the last decade. When the tag was bestowed on Lionel Messi sometime around 2005, it no longer felt quite so onerous.

Lionel Messi has walked the same fields as Maradona but not the same path.Credit…Juan_Ignacio_Roncoroni/Pool, via Reuters

Messi did what none of his predecessors ever could: He managed not only to build his own career, to establish his own name, but to do so emphatically enough to dull the urge to compare. He neither embraced nor rejected the parallels with Maradona; he simply rendered them irrelevant.

Whether his greatness matches or exceeds Maradona’s will never be easily quantified. For all the similarities between them — small, left-footed, Argentine — the differences are stark. Messi does not possess Maradona’s penchant for self-destruction. Maradona never benefited from the rigorous professionalism of the game Messi has known.

Perhaps we will find out only with time. More than a decade elapsed between that moment in Salta, when Ortega stepped onto the field and Maradona walked off it, and the emergence of Messi. The search for Maradona’s heir had spanned every corner of the globe, every country, every mountain range.

Perhaps, then, we will know the scale of Messi’s greatness by the time it takes to find his successor. There is already a Thai Messi and an Indonesian Messi and a Japanese Messi. There is a new Messi every year in Argentina. And there will be, just as there was with Maradona, until someone who can be known by their own name comes along.

Weekend Bags for a Fantasy Getaway

How to Stop Moths? A Historic Building Tries Bringing in Wasps