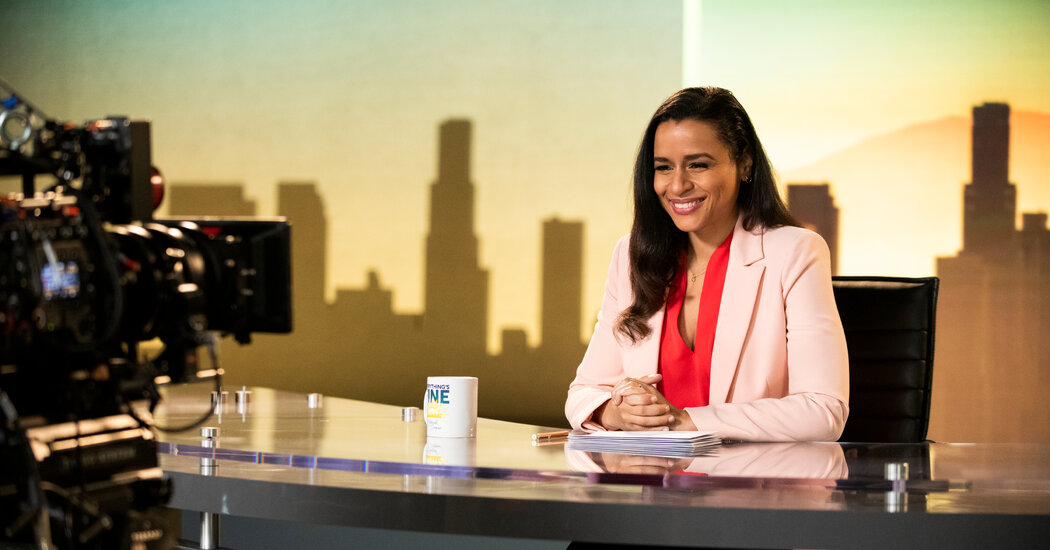 The comic made her name lip-syncing the president in viral videos. Her new Netflix special showcases her in sketches that find horror in comedy.

Was Donald Trump good for comedy? The comic Lewis Black recently answered this persistent question with an understandable tone of exhaustion, saying the president is “good for comedy in the way a stroke is good for a nap.”

Poking fun at President Trump is both difficult (how do you parody someone who already seems like one?) and way too easy, since any joke about “the orange man in the White House” gets cheap laughs, if not an applause break. Too many stand-ups these days pander to their base. And yet, some comics have flourished during the Trump era, none more so than Sarah Cooper, a breakout star whose online videos reinvigorated the tradition of the presidential impression.

Responding to the latest events with the metabolism of cable news, she lip-syncs snippets of the president’s speeches or interviews from her apartment, in her own clothes, with no attempt to mimic his look. She didn’t try to imitate him so much as capture a buffoonish essence, zeroing in on moments where the juxtaposition between cluelessness and confidence was most stark. Her fans range from kids to grandparents, and her success has now led to a glossy Netflix production, “Everything’s Fine” (which premiered Tuesday), a celebrity-rich, intermittently funny sketch show that hangs on a narrative of apocalyptic doom. Cooper plays a chipper morning talk-show host struggling to maintain her smile as the world around her unravels. It’s history that starts as comedy and ends as horror.

Directed with slow-burn dread by Natasha Lyonne, this paranoid production has the feel of a comic update of “Network,” and there’s even a nod to that classic movie, but instead of enraged citizens yelling that they are mad as hell, Cooper plays a character whose anger is repressed and who just keeps taking it until she hides underneath her desk.

“Everything’s Fine” is at times a conventional spoof of daytime television, poking fun at the mandatory cheer of cooking segments and cheesy transitions, as when Cooper introduces a segment with the rapper Megan Thee Stallion by saying: “A lot of us are working from home, but some of us are twerking from home.”

The satire becomes weirder as it widens its focus to subjects like QAnon, police shootings and environmental catastrophe. Cooper does spoof Trump, of course, but she is after the political world that led to his success. The show pivots to parody advertisements (Jon Hamm playing the My Pillow owner selling a Covid cure has a fun “Tim and Eric” vibe), news interviews like one with a robot chief executive played by Ben Stiller, and mock-documentary interludes, like a Ken Burns-style documentary on the history of Karens, featuring the voice of Whoopi Goldberg.

Cooper has an actor’s gift for saying one thing while indicating another; she gets a lot out of a down-turned lip or a darting eye. And this special shows that she can do much more than lip-sync; she has a promising future as an actor in television or movies. She’s currently developing a series for CBS.

She is a perfect foil to the disasters around her, both inside the show (the Wi-Fi goes out, racist white guests ask for her identification) and in the outside world (a meteor is heading toward Earth). A production guy played by Fred Armisen keeps calm, but his constantly shifting costume, from masks to helmets to a beekeeper suit, tells another story.

A staggering number of celebrity cameos (Winona Ryder, Helen Mirren, Aubrey Plaza, Connie Chung) surround the new star, whom everyone keeps calling “Sarah Cooper” as if she’s not yet on a first-name basis with anyone. The comic ideas vary wildly in quality and tone, with a few too many decent but undeveloped ideas, like Cooper struggling to do close-up magic at a drive-in.

“Everything’s Fine” often feels like an episode of “Saturday Night Live,” but at its best, it coheres in stranger, more nightmarish territory. In the final 10 minutes, amid a darkening color palette that evokes a Dario Argento scare sequence, she seems not just frightened by world events, but paralyzed, trapped. Many will relate. Like the recent “South Park” special and the new “Borat,” this show invents a back story for the chaos of the pandemic, finding a comic conspiracy that escalates the stakes.

But this broader story still has some connective tissue with Cooper’s more streamlined videos, and not just because she lip-syncs the president along with his wife and daughter. Seen from a certain angle, becoming famous for performing in the voice of Donald Trump is its own kind of trap. Cooper draws attention to this body-snatching aspect in one subplot in which she responds to producers in the control booth who say they were looking for a nonthreatening Black anchor. “When my parents named me Sarah,” she says, “I feel like a white lady moved into my body and gentrified my whole personality.”

Cooper, left, with Jane Lynch in the special, which at times feels like an episode of “Saturday Night Live.”Credit…Lacey Terrell/Netflix

There’s another short, amusing sketch that imagines a version of “Get Out” set at Mar-a-Lago that plays on similar themes. But Jordan Peele made a horror movie whose scares were goosed by comedy; Cooper’s show is a comedy that gets so dark that it can’t go anywhere but horror.

Part of the success of her videos is because of their topicality, but this special isn’t riffing on the latest ridiculous speech so much as trying to create a fictional world. In the process, some of the small pleasures of Cooper’s videos have been lost: her ear for the absurdities of language, the comedy of subtext. Whereas her comedy once cut up her subject with a scalpel, now, on a bigger stage, it resorts to a battering ram.

The comedy of the past four years has generally mirrored politics, becoming blunter, more polarized, fragmented. Compared to comics on social media and hosts on late-night television, the stand-ups on Netflix specials over the past four years have avoided Trump. The most acclaimed such show last year, Dave Chappelle’s “Sticks and Stones,” took aim not at the president but at his favorite targets: political correctness and cancel culture.

Cooper actually seems to reflect the zeitgeist more than most of the specials on the streaming service. Even though its jokes are hit and miss, “Everything’s Fine,” the final Netflix comedy release before the election, nicely channels the cultural mood. You only need look at the best-seller list to see an endless appetite for material about Donald Trump. Cooper takes advantage of that again, while also suggesting this steady diet is driving us insane.

The future has arrived. These explosive fires are our climate change wakeup call

The Composer of Noise