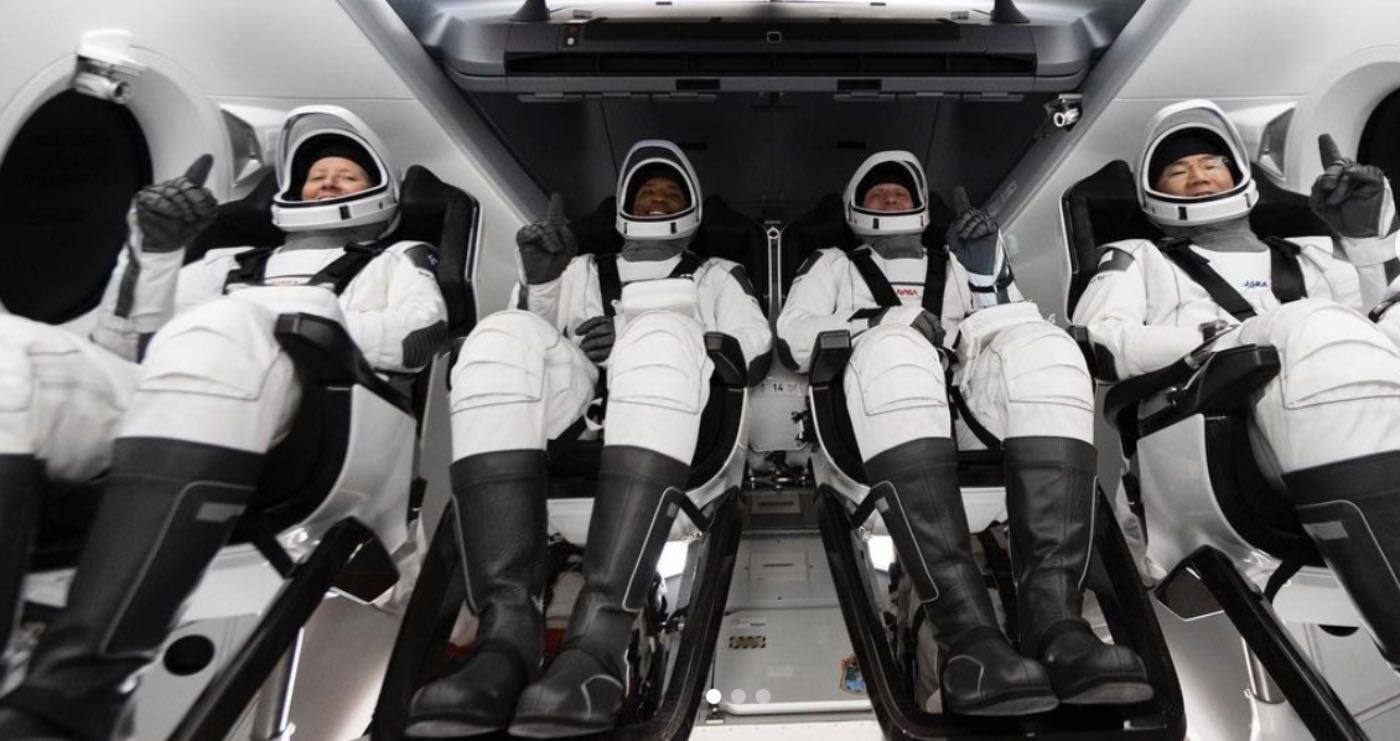 At 7:30 in the evening, a SpaceX Falcon 9 rocket carried four astronauts to the International Space Station (ISS), reopening the pathway to regular crewed missions into space for NASA for the first time in nine years.

It took just twelve minutes for the powerful rocket, developed by the commercial space-faring company started by Tesla founder Elon Musk, to reach the point at which the Dragon capsule detached from its rocket and soared into space, where 27 hours later it docked autonomously at the ISS.

“That was one heck of a ride,” mission commander Mike Hopkins said when the Dragon capsule made it into orbit.

As part of the first-ever commercial Crew-1 Program, NASA astronauts Victor Glover and Shannon Walker, along with the JAXA astronaut Soichi Noguchi, joined commander Hopkins aboard Dragon on what will be a six-month mission.

It was eight years ago that GNN reported the first Falcon 9 rocket had left Earth’s surface as part of a resupply mission to the ISS. Having used the Falcon 9 in May to launch a Dragon capsule to the ISS as part of a test run, and again just last month to launch a satellite, NASA and SpaceX are getting humans back into space in what will be the first mission as part of the next chapter of research and exploration.

Indeed, according to SpaceX, Crew-1 is the first of three commercial voyages to take place through 2020 and 2021, paving the way for trips to the moon, Mars, and more.

According to National Geographic, the team of Hopkins, Glover, Walker, and Noguchi will log a number of “firsts” in their six-month trip. They’ll return on May 2021, when the capsule will parachute into the Atlantic Ocean off the coast of Florida at around the same time when the Crew-2 Mission will be setting off the other way.

Having had to rely on the Russian Soyuz spacecraft for almost a decade, it will be the first American-made spacecraft to carry astronauts into space in nine years. Pilot Victor Glover is the first Black astronaut to go on an extended stay aboard the ISS, and engineer Shannon Walker is the first woman to orbit in a commercial spacecraft.

MORE: In Historic First, NASA Lands on Asteroid and Collects Samples of Debris That Helped Form Our Earth

“I expect to be the first of many,” Walker told Nat Geo of her flight. “And I look forward to the day that we don’t have to note such events.”

“It is something to be celebrated once we accomplish it,” Glover apparently added. “I am honored to be in this position.”

Noguchi is the most experienced astronaut of them all, having already logged 177 days in space aboard both NASA ships and the Soyuz vessels.

Now that NASA has a reliable and state-of-the-art rocket and capsule, it may very well be that they want to make up for lost time, and the hodgepodge of research being conducted during the half-year stay reflects that.

According to Nat Geo, the research will include “looking at how astronauts’ brains and hearts respond to the space environment, growing radishes in orbit, testing a space suit with new insulating technologies, and studying how different diets affect astronaut health.”

CHECK OUT: NASA-Designed Perfume Gives You The Smell Of Outer Space – Without Leaving Orbit

SpaceX is hoping to rapidly expand capabilities in order to reach the Moon again soon, and Mars in the not-too-distant future. Knowing the answers to such research questions will be imperative for the years-long voyages that such future expeditions will involve.

(WATCH the NASA video of the historic launch below.)

Launch This Far Out Story to Pals on Social Media…

A watershed moment for US water quality: Scientists decry federal rule that removes protection from ‘unconnected’ streams and wetlands