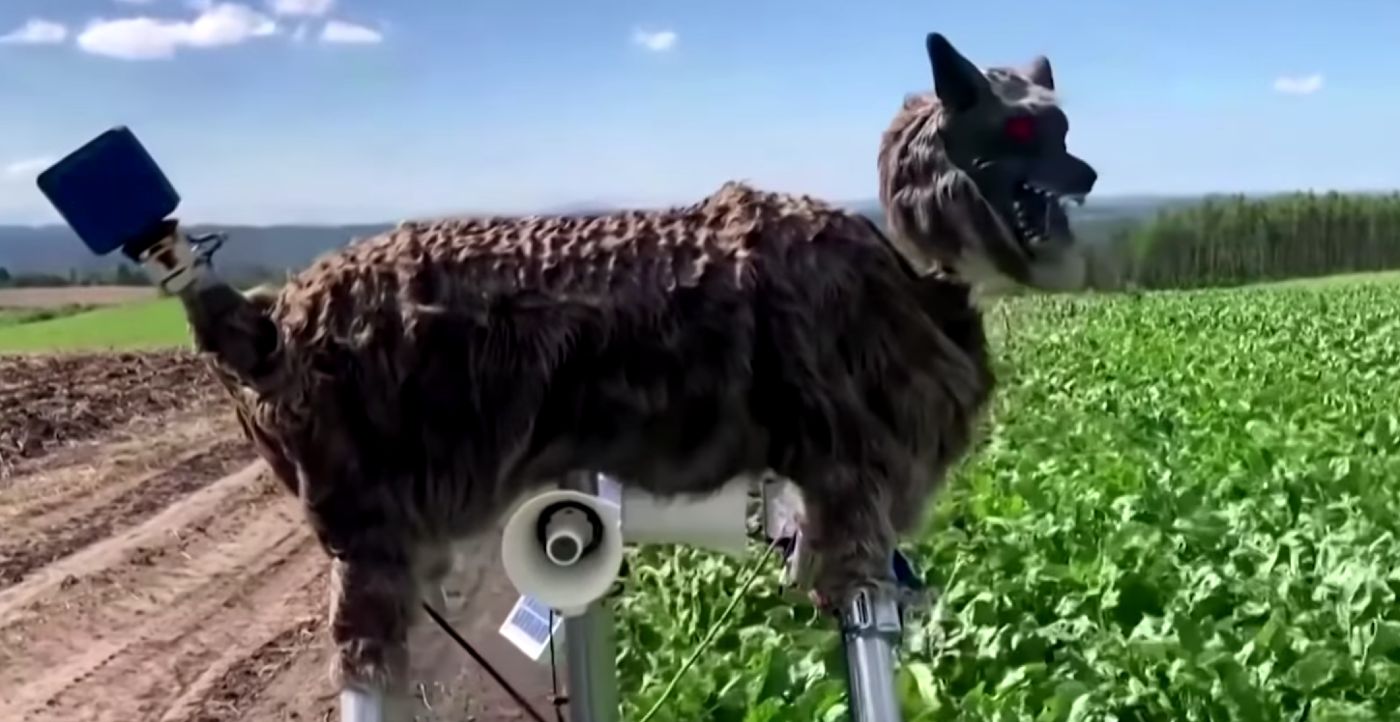 With bear sightings at a five-year high and dozens of attacks reported in Japan this year alone, city officials in the town of Takikawa on the island of Hokkaido took action by buying and installing a pair of Monster Wolf robots in their community.

The animatronic scare-wolves were developed through a cooperative project between precision machinery manufacturer Ohta Seiki, Hokkaido University, and Tokyo University of Agriculture.

Looking like a cross between Wolverine and the Terminator, each cyborg Canis lupus comes equipped with flashing red eyes, a blinking tail, and a repertoire of loud, threatening sounds—growls, roars, and heavy machinery noise—all triggered by motion detectors.

The prefab predators are scheduled to be left out to prowl until early November, when the bears go into hibernation, then return to duty next spring.

“We want to let the bears know, ‘Human settlements aren’t where you live,’ and help with the co-existence of bears and people,” explained Ohta Seiki head honcho Yuji Ota in an interview with The Mainichi.

While the replicant wolves would likely not have fooled Little Red Riding Hood, the ursa population is taking them quite seriously.

Since the menacing sentinels were introduced into their new habitat on the outskirts of Takikawa in September, no further bear sightings have been reported, and as a result, the robot wolves are being regarded, by all accounts, as a howling success.

(WATCH the robot wolves in action in the Guardian video below.)

SHARE This Curious Story With Pals on Social Media…

Jealous feelings can act as a tool to strengthen friendships