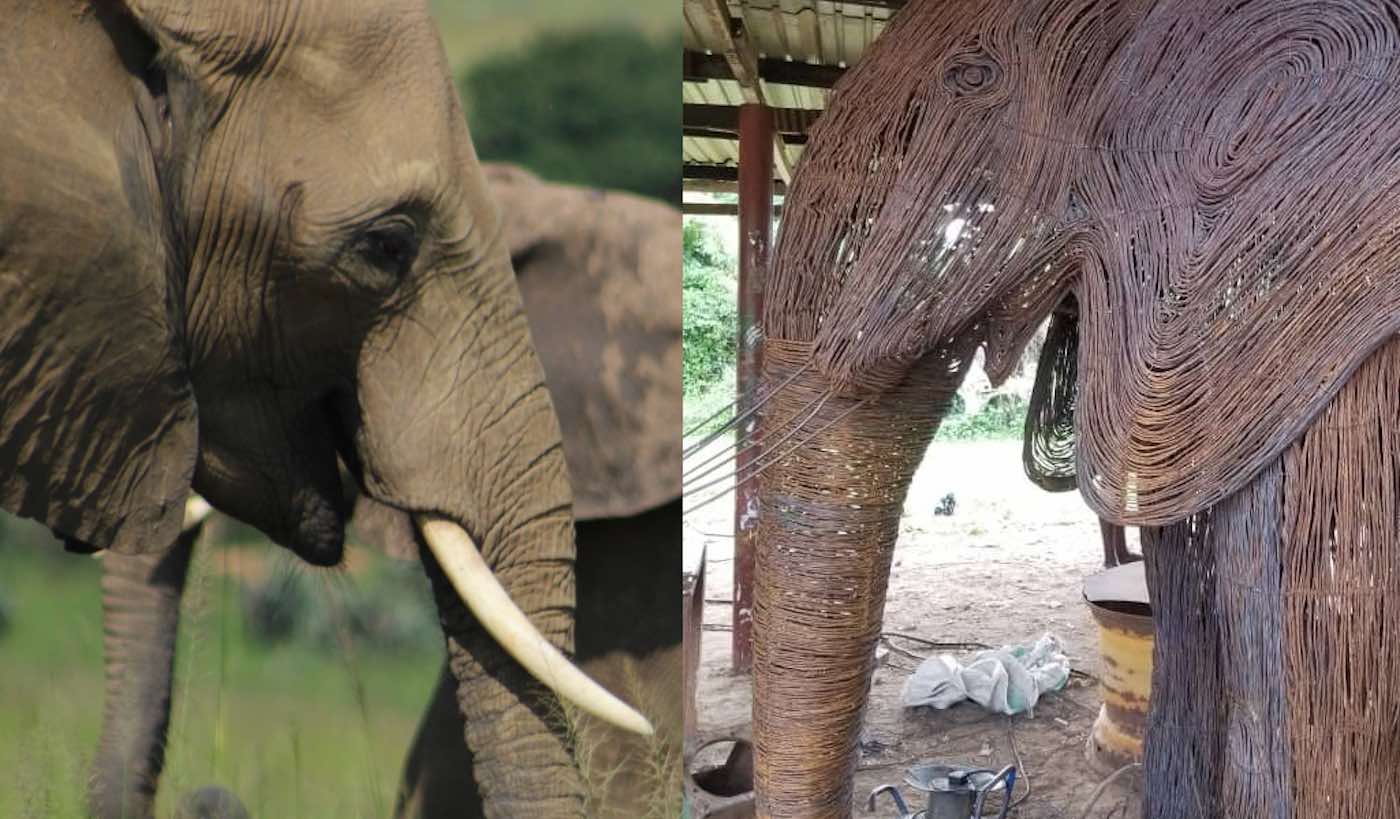 In Murchison Falls National Park in Uganda, a non-profit is helping local artisans make a living through selling sculptures made from the wiring in poacher’s traps.

Located in northwest Uganda, the nation’s largest national park is a poaching hotspot, with the most common method being a wire snare that closes around an animal’s foot.

Most poaching is done for meat, as the communities surrounding the park are some of the poorest in the country, and most of the animals poached are smaller herbivores.

Snares to Wares aids local people in developing their artists’ eye and crafters’ hand to weave hundreds of locally captured snares into intricate wire sculptures of the park’s wildlife.

The initiative was started by Tutilo Mudumbu, a National Geographic Explorer, and Robert Montgomery, a wildlife ecologist at Michigan State University, and now has 620 artisans onboard who sell on average about 800 sculptures a month.

Mudumbu was conducting research on the use and distribution of snares in the park some years ago when he came up with the idea. In an interview with Nat Geo, he explains that for most of the poor villagers around the park, wildlife represents a threat, a nuisance—as they eat or trample crops when they leave the boundaries of the park—or a mystery.

He was shocked to learn after starting Snares to Wares that many locals didn’t really know what the animals in the park looked like, so he helped sponsor field trips into Murchison Falls, named for a narrow waterfall that forces the enormity of the Nile River into a narrow channel.

There the locals study the animals, see how they behave, and allow their inner artist to take shape as they observe the park’s lions, rhinos, elephants, buffalo, giraffes, leopards, warthogs, and more.

Murchison Falls has experienced a dramatic resurrection over the last decade, with a substantial upgrade in the patrol and policing capabilities of rangers, and the abilities of the veterinary units as well—all leading to a doubling of the herbivore numbers.

Predator populations are also increasing, with the conviction rate of caught poachers almost 97% due to another investment project in a wildlife legal department within the Ugandan Wildlife Authority.

Ready to see some of the Snares to Wares artworks?

And sculpture by Uganda’s artisans…

And animals to live in peace.

SHARE This Positive News From Uganda With Other Animal Lovers…

It’s a beautiful day in the neighborhood … or is it?