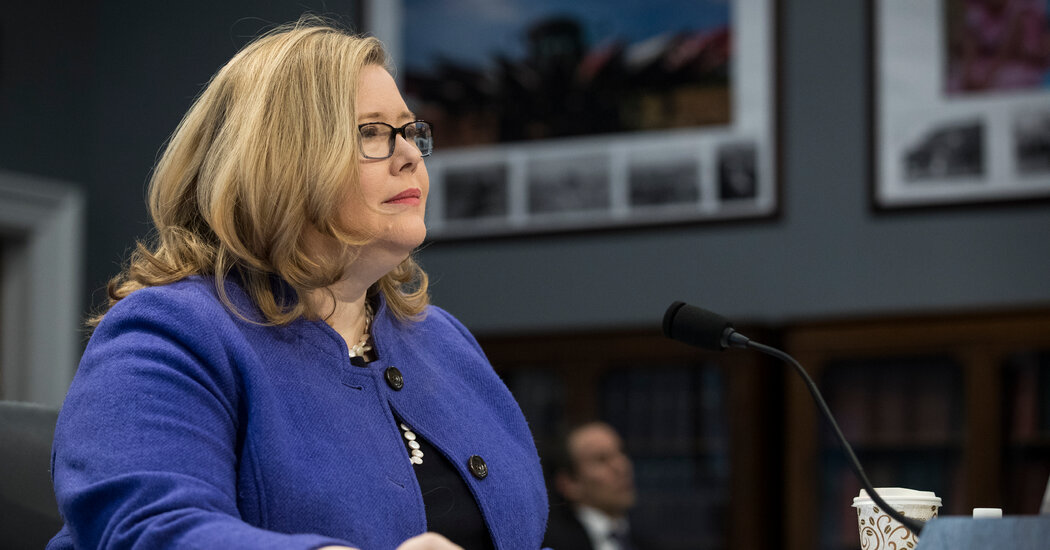 Continue reading the main story Emily Murphy, the head of the General Services Administration, has given no public explanation for her delay, but it has coincided with President Trump’s attempts to overturn the results of the election. Credit…Sarah Silbiger/The New York Times

The top official at the General Services Administration spurned a request to brief Congress by Monday on her decision not to recognize President-elect Joseph R. Biden Jr.’s victory, escalating a growing political feud over money and government access set aside for the presidential transition.

The Democratic chairwomen of the House Oversight and Reform and Appropriations Committees demanded last week that the agency’s administrator, Emily Murphy, provide a briefing to lawmakers no later than Monday to explain why she had departed with past practice and had so far refused to approve the start of the process for Mr. Biden. Seeking to pressure Ms. Murphy to reverse course, Democrats also threatened to call her to testify at a public hearing.

But as the deadline passed on Monday, the G.S.A. suggested that Ms. Murphy would not meet with top lawmakers on the issue, instead offering a 30-minute briefing by her deputy, Allison Brigati, on Nov. 30.

Livid with the response, the House Democrats wrote Ms. Murphy yet another letter, demanding a briefing on Tuesday.

“We cannot wait yet another week to obtain basic information about your refusal to make the ascertainment determination,” wrote the chairwomen, Representatives Carolyn B. Maloney and Nita M. Lowey of New York, as well as the chairmen of the panels that oversee and fund the G.S.A., Representatives Gerald E. Connolly of Virginia and Mike Quigley of Illinois.

“Every additional day that is wasted is a day that the safety, health and well-being of the American people is imperiled as the incoming Biden-Harris administration is blocked from fully preparing for the coronavirus pandemic, our nation’s dire economic crisis and our national security,” the letter stated

They gave Ms. Murphy until 5 p.m. to respond.

The top Democrats on the House and Senate intelligence committees also sought to increase the pressure on Ms. Murphy to let the formal transition begin. In a letter, Senator Mark Warner of Virginia, the Senate committee’s top Democrat, said that if classified briefings for Mr. Biden and his team did not begin immediately, their ability to “respond appropriately to any threats early in his term” could be hampered.

Such threats could include the pandemic and terrorism, said Representative Adam B. Schiff of California, who leads the House Intelligence Committee.

“Our democracy and the orderly transition of power from one president to another must not be undermined by the inexplicable unwillingness of one candidate to accept the clear results of an election, or the inaction of government officials such as yourself,” Mr. Schiff wrote in his own letter.

Mr. Biden has tried to stay on the margins of the escalating fight between congressional Democrats and President Trump’s administration. The back-and-forth on Monday came as he pressed ahead with forming a cabinet, announcing a handful of top nominees.

Ms. Murphy has given no public explanation for her delay, but it has coincided with Mr. Trump’s attempts to overturn the results of the election. Without the administrator’s approval, Mr. Biden’s team cannot move into government offices in Washington, meet formally with federal agencies or conduct business involving sensitive government secrets.

Extinction Watch: Top predators Gharials may vanish in near future