Small Gatherings Spread the Virus, but Are They Causing the Surge? 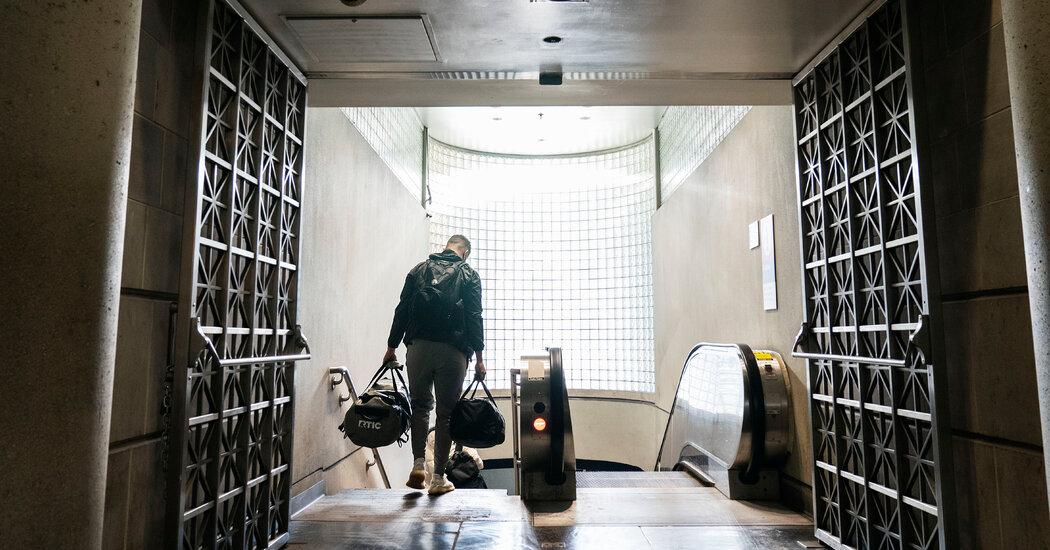 Yes, the coronavirus can be transmitted over cocktails and dinners. But these get-togethers may not account for the huge rise in cases.

While household gatherings may contribute to community transmission, they are not the engine driving the recent spread of the virus.Credit…David Goldman/Associated Press

As states struggle to contain the resurgent coronavirus, many officials are laying the blame on an unexpected source: people gathering with family and friends.

Household get-togethers undoubtedly do contribute to community transmission of the virus. Canada’s recent Thanksgiving certainly added to its rising cases; such an increase may happen here, too, as the United States embarks on a holiday season like no other. That’s why the Centers for Disease Control and Prevention on Thursday warned so strongly against gathering with others outside the household during Thanksgiving.

But are dinners and backyard barbecues really the engine driving the current surge of infections? The available data do not support that contention, scientists say. Still, the idea has been repeated so often it has become conventional wisdom, leading to significant restrictions in many states.

In dozens of statements over the past weeks, political leaders and public health officials have said that while previous waves of infection could be linked to nursing homes, meatpacking plants or restaurants, the problem now is that unmasked people are sitting too closely in kitchens and living rooms, lighting thousands of small Covid fires that burn through their communities.

“It’s those informal, private gatherings where we’re seeing the ignition taking off in terms of the infection rate,” Gov. Ned Lamont of Connecticut said earlier this month, as he announced that private events would be restricted to 10 people.

Household gatherings have “become a major vector of disease spread,” the Health and Human Services secretary, Alex Azar, said in an interview with CNN in late October.

But many epidemiologists are far less certain, saying there is little evidence to suggest that household gatherings were the source of the majority of infections since the summer. Indeed, it has become much harder to pinpoint any source of any outbreak, now that the virus is so widespread and Americans may be exposed in so many ways.

“Somebody says something, and somebody else says it, and then it just becomes truth,” said Julia Marcus, an infectious disease epidemiologist at Harvard University. “I worry about this narrative that doesn’t yet seem to be data-based.”

Most states don’t collect or report detailed information about the exposure that led to a new infection. But in states where a breakdown is available, long-term care facilities, food processing plants, prisons, health care settings, and restaurants and bars are still the leading sources of spread, the data suggest.

An analysis of nearly 800 nursing homes in six states experiencing the biggest surges, including North Dakota, South Dakota and Wisconsin, found that these homes are still hot spots of viral transmission and that little has been done since the spring to reduce that risk.

It is nearly impossible to compare the relative contribution of social gatherings to the number of cases in different states, or even to find a consistent definition of what constitutes a gathering.

Rhode Island, which limited private gatherings to 10 people, helpfully defined the term, including family get-togethers, birthday parties, baby showers and sleepovers. But some states also add larger events, such as weddings and funerals, into the category.

These gatherings, especially if held indoors, certainly can drive infections. In rural Maine, a wedding with 55 guests ultimately resulted in 177 cases, while a wedding in Washington State led to at least 17. Outbreaks in communities with tight-knit social networks, such as the Amish and the Hasidic Jewish population, were also powered by large social events.

But the same cannot be said of smaller private gatherings with friends and family. In Colorado, only 81 active cases are attributed to social gatherings, compared with more than 4,000 from correctional centers and jails, 3,300 from colleges and universities, nearly 2,400 from assisted living facilities, and 450 from restaurants, bars, casinos and bowling alleys.

In Louisiana, social events account for just 1.7 percent of the 3,300 cases for which the state has clear exposure information.

“It’s important to give good public health advice about what’s coming in the holidays, no doubt about it,” said Dr. Tom Inglesby, director of the Center for Health Security at Johns Hopkins Bloomberg School of Public Health. “But it is not good to suggest that they are now the preponderance of the source of spread.”

Social gatherings have become a convenient scapegoat for political leaders flummoxed by the steeply climbing numbers, some experts said.

A similar narrative played out in September, when universities shamed and expelled students for partying instead of providing them with clear guidelines and resources, Dr. Marcus said.

“It’s a way of distracting from the harder public health work that we need to do,” she said — for example, by implementing mask mandates, addressing societal inequities and ensuring enough personal protective equipment for health care workers.

(A recent analysis by The New York Times showed that states where leaders did not impose these containment measures now have the worst outbreaks.)

A constant drumbeat about the dangers of social gatherings may help to convey the seriousness of the current surge, she said. On the other hand, in some states the misperception has led to draconian policies that don’t square with science.

Image Gov. Tim Walz of Minnesota banned people not from the same household from meeting indoors or outdoors.Credit…Pool photo by Glen Stubbe

Gov. Tim Walz of Minnesota on Wednesday took the extraordinary step of banning people from different households from meeting indoors or outdoors, even though evidence has consistently shown the outdoors to be relatively safe.

But the executive order allows places of worship, funeral homes and wedding venues — while they are encouraged to hold virtual events — to host as many as 250 people indoors.

Vermont likewise forbade people from meeting neighbors for a socially distanced and masked walk, but permitted them to dine indoors at restaurants before 10 p.m.

These recommendations are unscientific and “bizarre,” said Ashleigh Tuite, an infectious disease modeler at the University of Toronto.

(On Friday, following public complaints, Gov. Phil Scott of Vermont said people from different households could walk together as long as they wore masks and stayed more than six feet apart.)

Dissonant policies also run the risk of fueling mistrust and resentment in a public already beset with fatigue from the pandemic and politics, Dr. Tuite warned.

“If you’re an average person looking at what’s allowed and what’s not allowed, it may not make a lot of sense,” she said. “I can get together with nine of my best friends and sit around a table at a restaurant. So why can’t I do that in my house?”

Cracking down on social gatherings suggests that there is clear evidence regarding where people are exposed and that they are meeting more often now than earlier in the pandemic. But the data are not clear: For example, the percentage of Californians who visited friends or had guests over at their homes has hovered around 50 percent since June, according to weekly surveys conducted by the University of Southern California.

In most places, the virus is too widespread to claim with any confidence where someone became infected. Where once clusters were obvious — in nursing homes and meatpacking plants, for example — now there are thousands of small outbreaks in restaurants, bars, bowling alleys, colleges and gyms.

In this sort of conflagration, it’s impossible to estimate how much social gatherings contribute to community transmission.

“More and more, our exposures are due to community spread and are not traceable to a single event,” said Nicole Peske, chief communications officer for the North Dakota Department of Health. “Many individuals are reporting more than one exposure.”

Maryland’s public health department has reported that 13 percent of people who were infected said they had attended at least one gathering of more than 10 people. “As an epidemiologist, I don’t know what to do with that information,” said Jennifer Nuzzo, an epidemiologist at Johns Hopkins Center for Health Security. “I don’t know just because they went there that they got it there.”

In Minnesota, up to the week ending Nov. 12, there were about 202,000 coronavirus infections. Nearly 12,000 were attributed to restaurants, bars and sports sites, and about 17,000 to congregate care settings.

Yet more than 115,000 of the cases could not be traced back to a known setting. “Identifying any one activity as the driver of the surge misses the fact that all activities become riskier as local case levels rise,” Dr. Murray said.

“Household gatherings would be much safer if officials put stricter limits on commercial and nonresidential activities. They are choosing not to, and then saying the fault lies with individuals.”

Local governments could also provide safer gathering spaces for people, with open-air tents, firepits and heat lamps as temperatures drop, Dr. Marcus said: “Then the message becomes a more realistic one. Instead of ‘don’t gather,’ it’s ‘gather here instead.’”