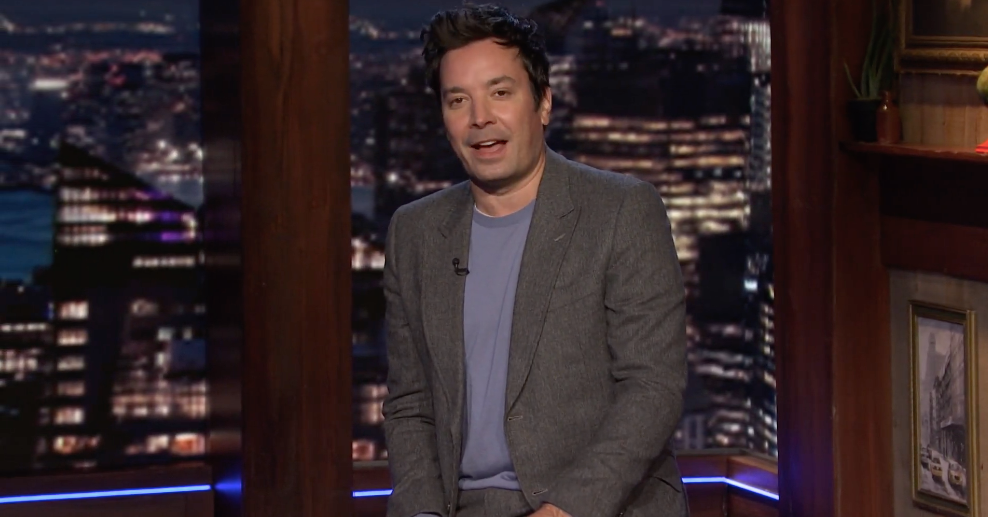 The “Tonight Show” host joined his late-night colleagues in chastising President Trump for stranding supporters in near-freezing temperatures after a Tuesday rally in Omaha.

Jimmy Fallon of “The Tonight Show” joined other late-night hosts in chastising President Trump for stranding supporters in near-freezing temperatures after a Tuesday rally in Omaha.Credit…NBC

President Trump held an outdoor rally on Tuesday in Omaha, where temperatures were near freezing. After he departed on Air Force One, hundreds of attendees were left stranded for hours by a lack of shuttle buses, and several people were hospitalized.

“That’s how bad it’s getting for Trump — even his supporters are turning blue,” Jimmy Fallon joked in his Wednesday night monologue.

“But I guess this is a classic Donald Trump move, leaving his supporters stranded out in the cold.” — TREVOR NOAH

“I swear, guys, every day, there’s another way that you can die from going to a Trump rally. First you could get corona, now you can get hypothermia? By the end of the weekend, Trump is just going to be tossing snakes out into the crowd.” — TREVOR NOAH

“It was a real mess, but that’s the genius of Donald Trump: He’s able to assemble a large, maskless crowd during a pandemic, and while everybody’s focused on whether or not they’ll get the virus, somehow he finds a way to send them to the hospital for a completely different reason.” — JIMMY KIMMEL

“I don’t think Trump was prepared for the weather. When he stepped outside, he was like, ‘Why was I told this was a hot spot?’” — JIMMY FALLON

“Yep, everyone was freezing. Trump supporters were like, ‘If only there was some way to keep our faces warm.’” — JIMMY FALLON

“Last night the Dodgers beat the Tampa Bay Rays to win their first World Series title in 32 years. And I gotta say, besides seeing the Dodgers win, it was exciting to see people touching each other again.” — JIMMY KIMMEL

“Yeah, people in L.A. looked absolutely thrilled, and this time it wasn’t just ’cause of the Botox.” — JIMMY FALLON

“Congratulations to L.A. Your World Series drought is finally over, and your actual drought’s only getting worse, but hey, one victory at a time.” — TREVOR NOAH

“But for real, man, I think this is really great for Los Angeles because the city really needs a boost right now. The pandemic has hit really hard, the wildfires have displaced hundreds of thousands of people, and not to mention, half the town just found out they weren’t special enough to be invited to Kim K.’s private island birthday party. That’s got to hurt.” — TREVOR NOAH

“The third baseman for the Los Angeles Dodgers was pulled from their World-Series-winning game last night during the seventh inning after he tested positive for the coronavirus. And not a moment too soon, because third base is one of the easiest ways to catch the virus.” — SETH MEYERS

“Nice job, M.L.B. testing. You are officially the only thing slower than baseball.” — STEPHEN COLBERT

“Of course, given the diagnosis, Turner did the responsible thing and hit the dugout for a hug sesh. [imitating Turner] ‘You get the coronavirus! And you! And whose wife are you? And I don’t care! And then I kiss my own wife and then take off the mask with all the teammates, woo!’” — STEPHEN COLBERT

“Don’t infect each other, fellas. You’re the World Series champs — you get to go to the White House. They’ll have plenty of Covid to go around!” — STEPHEN COLBERT

“This is the most irresponsible behavior by an athlete since LeBron James’s pregame anthrax toss.” — STEPHEN COLBERT

“But once he did test positive, Turner took all the necessary precautions — he left the field for 20 minutes, then came right back out on the field.” — JIMMY KIMMEL

Celebrating Halloween during the pandemic has Americans getting more creative than ever, as reported by “The Daily Show.”

Image Diane di Prima with her companion and fellow poet Amiri Baraka, known at the time as LeRoi Jones, in 1960. She made her mark as a Beat poet, but she later said that label was “very much of one time, a long time ago.”Credit…Fred W. McDarrah/Getty ImagesContinue reading the main story

Small Gatherings Spread the Virus, but Are They Causing the Surge?

A New Line Inspired by Dancehall and Handicraft