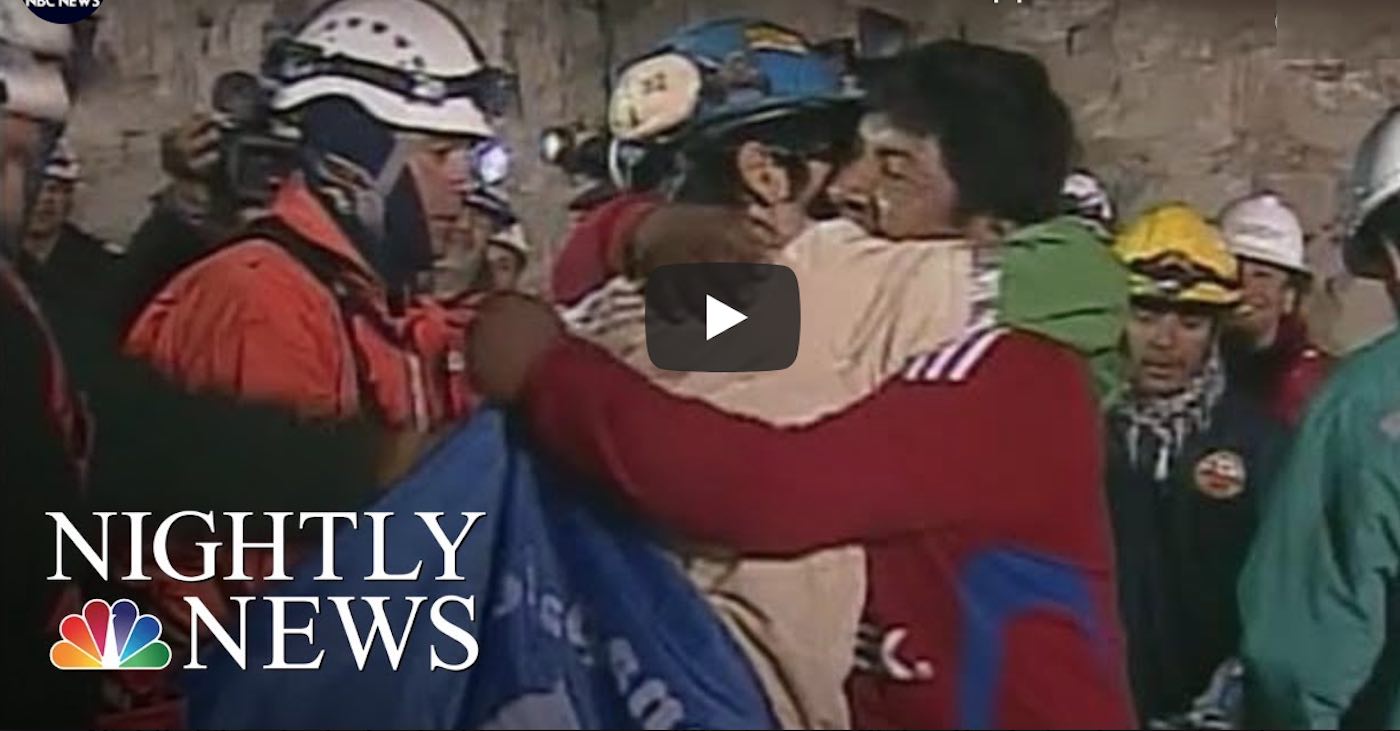 This is the GNN story that ran 10 years ago today, when the world was glued to their televisions to witness a historic rescue of epic proportions. Nations of the world worked together to engineer a solutions that would save dozens of miners entombed for over two months. In 2020, when nations are faced with many more historic challenges, this is a keen reminder of what determination and spirit can accomplish…. 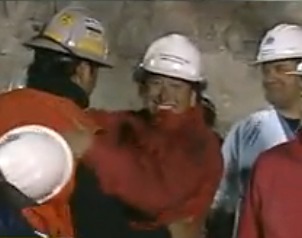 [October 13, 2010] One by one, rescuers in Chile are freeing 33 miners who have been trapped underground since early August. Never before had anyone been rescued from such a depth—more than a third of a mile (622-meters) underground.

So far, 16 miners have been raised to freedom in the unprecedented and complex rescue operation in northern Chile.

The men are emerging from the rescue capsule to the cheers of the rescuers, officials and family members.  Some quietly knelt in prayer before being taken away on gurneys for immediate medical examinations.  They were trapped underground for 69 days—more than anyone on record.

The escape shaft is so deep that it takes about an hour for each rescue.

The miners are being brought to the surface in a metal rescue chamber called “Phoenix”, designed by NASA. The men are wearing dark glasses to protect their eyes from bright light after more than two months in the dark mine.

The first person rescued, 31-year-old Florencio Avalos, embraced his son and wife before being greeted by President Pinera. One miner brought up rocks to the surface, handing them out to a group of rescuers as he shook their hands.

More than 1,000 journalists have convened at the site in the Chilean desert, and the event is being broadcast live by Chilean television and on stations around the world.

The miners were trapped in hot, humid conditions since an August 5 cave-in that sealed them deep in the recesses of the San Jose copper and gold mine.

U.S. President Barack Obama Tuesday offered his thoughts and prayers to the miners.  He said Americans pray the miners will emerge safely.  State Department spokesman P.J. Crowley sent a message by Twitter congratulating Chile for the successful rescue of the first miner, calling it a “remarkable display of hope and skill.”

CHECK OUT: McDonald’s Employees Save Woman From Domestic Abuser After She Secretly Sought Their Help

President Pinera said the mine, which has had a history of accidents, will be closed until the safety of those working there can be guaranteed.

Companies from the around the world have helped in the rescue, like UPS which shipped the container to the desert where the mine is located. A Texas company provided the health monitors worn by the miners as they rose to the surface through the shaft. Another company donated sunglasses.

WATCH video below, of the first miner rescued, from CNN…

(With source material from VOA.com)

We’ve Made Massive Progress Educating Girls Around the World in the Last 25 Years, Says Report