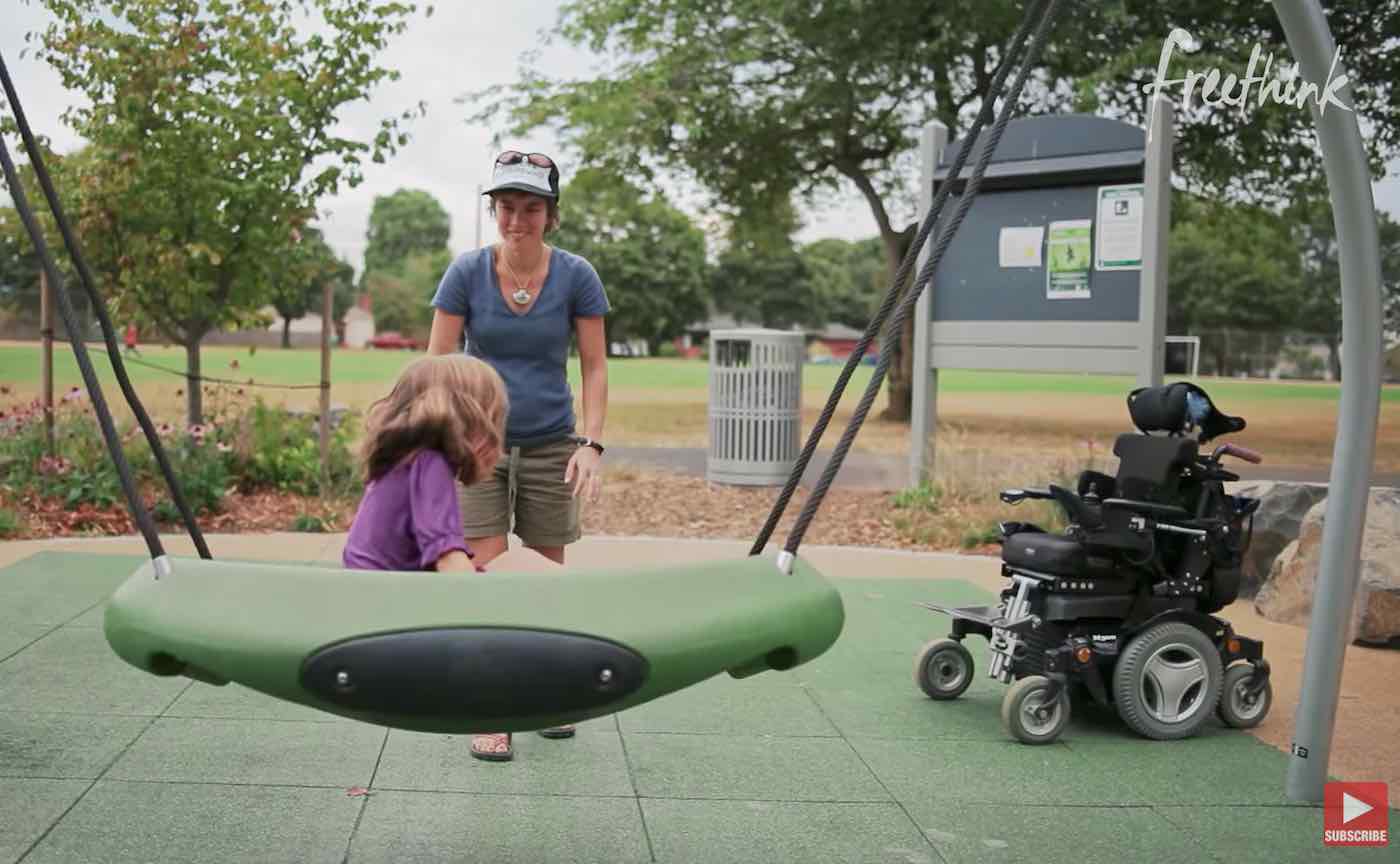 When this devoted Oregon dad set out to revolutionize his local playground in Portland, he had only planned on making it more disability-friendly for his daughter Harper, who has been using a wheelchair for her entire life.

Eleven years later, his ideas are making playgrounds more fun and accessible for everyone—regardless of their disability.

G Cody QJ Goldberg was inspired to redesign the modern playground after he took Harper to a playground for the first time in 2009. To his dismay, he found that the wood chips surrounding the play equipment made it inaccessible for his 4-year-old daughter’s wheelchair.

Upon hearing the Goldberg’s frustrations, the city’s parks and recreation department said that they didn’t have the money for any new projects—but they would support the playground’s reconstruction if it was privately funded.

The Goldbergs then launched Harper’s Playground, a nonprofit devoted to opening more handicap-accessible US playgrounds—and after three years of tireless fundraising, they opened their first park to the public in November 2010.

The playground features everything from musical instruments and handicap-accessible play equipment to green social spaces and paved ramps—which are used by skateboarders and wheelchair users alike.

Goldberg told Freethink that Harper’s Playground in Portland is designed with three levels of enrichment for children.

MORE: First US National Park to Offer Heavy-Duty Wheelchairs for Disabled Visitors to Enjoy the Scenery

“The space has to be physically inviting, so if you use wheels you can get absolutely everywhere,” says Goldberg. “Then we say it should be socially inviting, with circular seating areas, communal gathering spaces and the use of nature. And then the third level is what we call emotionally inviting, and that’s by using art, good design lines, music, and things that put us in an even better emotional state.”

Since launching their park in Portland, the nonprofit has inspired the construction of several other similarly-designed playgrounds across the US.

(WATCH the Freethink video below) – Photo by Freethink

This Arkansas Doctor Forgave $650,000 in Medical Bills For Cancer Patients to Kick Off 2021

Customers Jump Up to Help Run Restaurant When Chef is Left Alone After Staff Emergency: ‘Beautiful to witness’