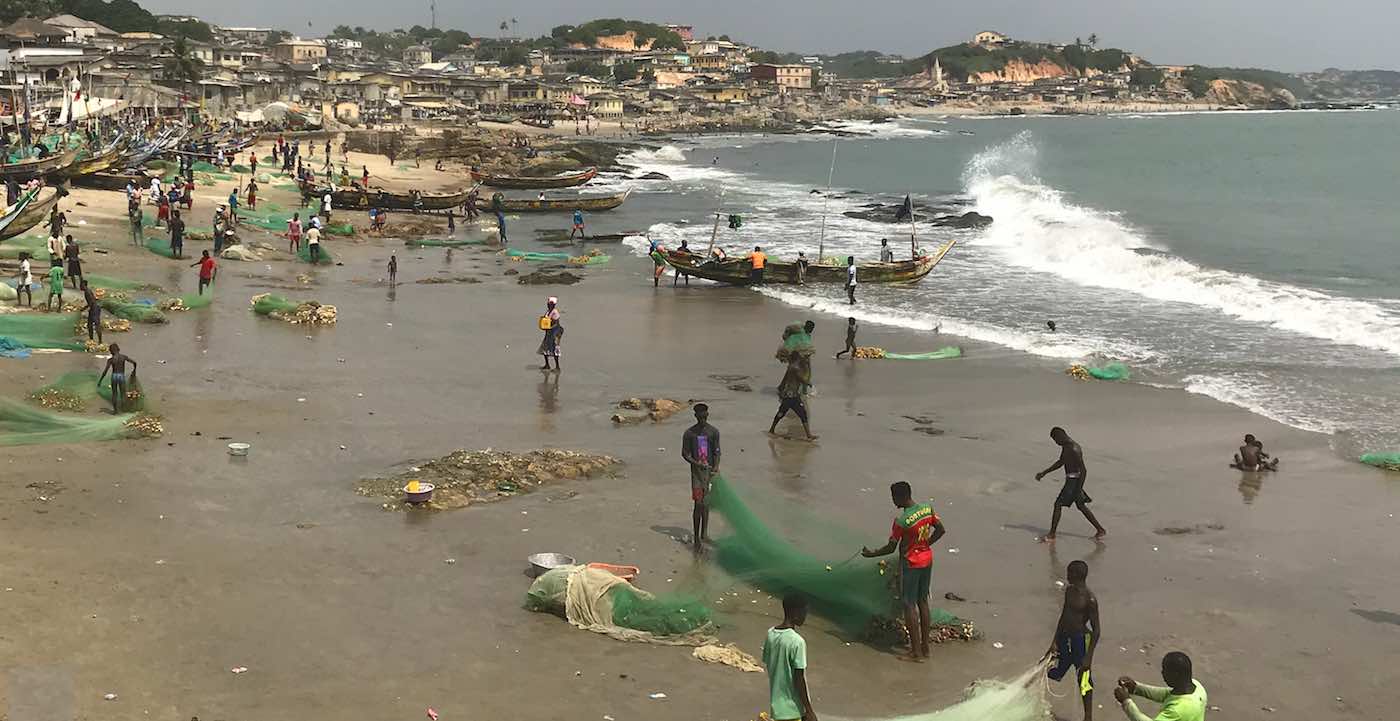 If fish stocks off the Ghanaian coast were to collapse, it would put the livelihoods of millions of people at risk, but a new app that lets local fishermen photograph and report illegal trawlers could be the perfect tool to prevent the disaster.

With hand net and hand line, small-catch fishing here in West Africa have provided generations of families a food and income source that is at risk from commercial-scale illegal trawling operations, which have been depleting many of the “people’s fish” species.

Strict laws are in place which prevent trawlers from entering shallow waters where small catch fishermen work and where fish species live, but due to enforcement limitations, these laws are regularly broken, with an estimated 37% of the yearly catch being hauled in illegally.

RELATED: Scientists Find Half the World’s Fish Stocks Are Recovered—or Increasing—in Oceans That Used to Be Overfished

The project was funded by the EU delegation to Ghana as part of a three-year process to restore sustainable fish stocks to the country of 32 million people living in an area the size of Kansas.

The Guardian reports an instance whereby a canoe fisherman spotted a trawler operating within the six-mile exclusion zone reserved for small-catch fishermen. Using the camera on his smartphone, the angler photographed the boat’s identity plate and videotaped its activity, before submitting it directly to the government.

To prevent bribery from ensuring the records are filed away somewhere and never seen again, evidence is sent to a database co-managed by the EJF, who can help build and check the status of cases against perpetrators.

CHECK OUT: Once Left For Dead, The Aral Sea Is Now Brimming With Life Thanks to Global Collaboration

So far over 100 small-catch fishermen have downloaded the app, in communities along Ghana’s 350-mile coastline, to make sure that trawlers are under the legal microscope at all times.

TRAWL This Good News to Your Fishing Friends on Social Media…

Social distancing and COVID-19: A law of diminishing returns: Research finds distancing helps ease the burden on hospitals — but only to a point