After coughing, a State Department official met with European diplomats. Then he tested positive. 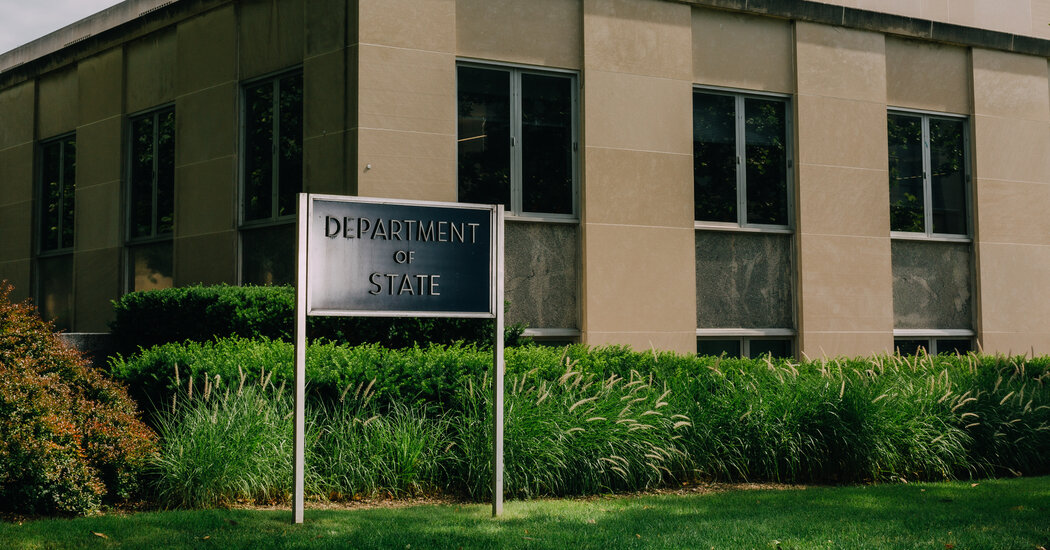 Continue reading the main story A view of the Harry S. Truman Building, which houses the United States Department of State. Peter Berkowitz, the State Department’s director of policy planning, exhibited Covid-19 symptoms while on a diplomatic tour of Europe.Credit…Christopher Lee for The New York Times

As part of a diplomatic tour through Europe in late October, the State Department’s director of policy planning briefed journalists in London about the Trump administration’s strategy toward China. A video of the virtual event showed him coughing at least six times during the hourlong discussion.

The senior department official, Peter Berkowitz, held face-to-face meetings the same day with British officials. He had similar meetings with French diplomats a few days later in Paris before flying back to the United States on a commercial airline — and then testing positive for the coronavirus.

Mr. Berkowitz’s trip two weeks ago to Budapest, London and Paris has angered other State Department employees who believed it was unnecessary. It has irritated foreign officials whom he may have exposed to the virus. And it has raised questions about the limits of in-person diplomacy during a pandemic — especially as cases are again skyrocketing across the United States and Europe.

State Department protocols generally call for diplomats who are showing symptoms of the virus — including repeated coughing — to quarantine until they can be tested. If diplomats who are abroad test positive for Covid-19, they are expected to remain overseas until they test negative or, in extreme cases, can be brought back to the United States with a biomedical unit.

Mr. Berkowitz did neither, according to two State Department officials with direct knowledge of his travels.

Given his senior position at the State Department — the office he leads develops strategic analysis on global trends for the secretary of state — he was not required to seek permission from his superiors before planning the tour that focused on China and a new religious rights panel that is a top priority for Secretary of State Mike Pompeo.

The State Department would not make Mr. Berkowitz available for an interview. His symptoms while abroad have not been previously reported, although The Washington Post earlier disclosed that Mr. Berkowitz had tested positive for the virus when he returned to the United States from Europe.

How Should Black People Sound?

2,000 years of storms in the Caribbean: Geoscientists create sedimentary archive with annual resolution