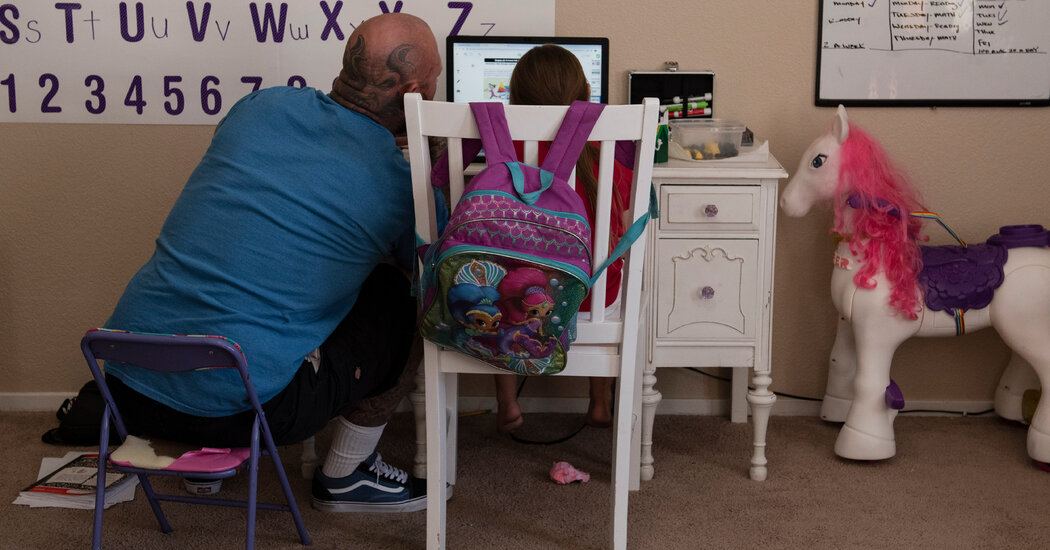 Nearly 22 percent of children in the United States had an unemployed parent in April, the highest rate on record, according to Zachary Parolin, a researcher at Columbia University.

Research dating to the Great Depression warns that parental unemployment puts children at risk: When finances fall and adult tensions rise, young people tend to do worse in school and experience psychological strains, reducing their prospects for success later in life.

But despite the economic problems caused by the coronavirus, some parents are finding an unexpected consolation.

Gregory Pike, a single father in Las Vegas, fell behind on rent and utilities payments when he lost his job in March. But he now has more time with his 6-year-old daughter, Makayla, whom he has raised alone for three years.

“As much as this pandemic has brought me some hardship and uncertainty, it’s kind of a blessing — it’s let me focus more on parenting,” Mr. Pike said. “It’s bad but it’s also been good. It’s really brought us a lot closer.”

A recent New York Times questionnaire asked parents how the pandemic had affected their relationships with their children. Many simultaneously lamented the lost income but praised the increased family time.

“We are struggling financially, but we have grown closer,” a mother in North Carolina wrote.

On Afghan Highways, Even the Police Fear the Taliban’s Toll Collectors