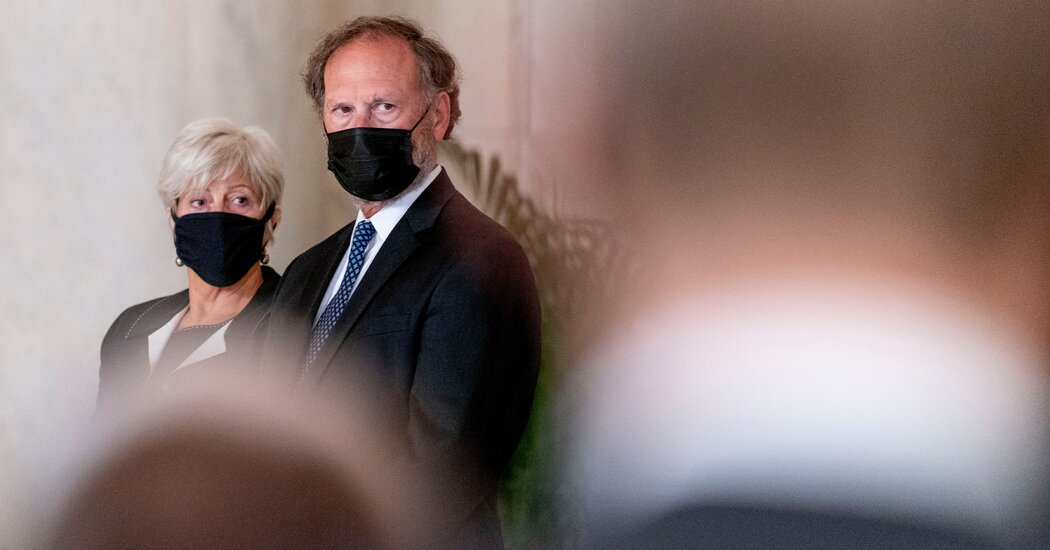 Nearly a dozen lawsuits filed by President Trump and his allies are working their way through the courts in Nevada, Pennsylvania, Michigan and Georgia, trying — so far unsuccessfully — to stop ballot counting and invalidate enough votes to erase Joseph R. Biden Jr.’s leads there. Here is a look at those cases.

In Pennsylvania, the biggest fight has been over ballots that were postmarked by Election Day but arrive later. In September, the state Supreme Court ruled, over Republican objections, that election officials could accept ballots arriving up to three days later. The U.S. Supreme Court declined to intercede, but left open the possibility that it could revisit the question.

Separately, the Supreme Court did grant the Trump camp a minor victory in Pennsylvania on Friday evening, when Justice Samuel A. Alito Jr. ordered election officials there to keep the late-arriving ballots separate from other ballots, and not to include them, for now, in announced vote totals. But the victory was essentially in name only: Pennsylvania’s secretary of state had already given that instruction.

The entire dispute over the late-arriving ballots could be moot, because Mr. Biden has taken the lead in Pennsylvania even without them.

One of several other Pennsylvania disputes involves people from both parties who observe the tabulation in Philadelphia, where they were told to stay 10 feet away from the vote counters. Some Trump allies have claimed, falsely, that no observers were allowed. In response to a Republican complaint, a judge ruled on Thursday that they could stand within six feet, but refused to stop the counting.

A similar case in Michigan was thrown out.

In Nevada, the Trump campaign has sued to stop the processing of mail ballots, claiming that its monitors had inadequate access. A judge denied the request, citing a lack of evidence. Another Republican suit claimed lax authentication of ballots; a judge dismissed it.

An Arizona lawsuit claims that ballots filled out with felt-tipped pens were being discarded; state and federal officials say that is false. A case in Georgia claims that a few dozen late-arriving ballots — which the state does not allow, even if they are postmarked by Election Day — were not properly set apart, raising the possibility that they would be counted. A judge threw out the complaint, saying there was no evidence that the ballots in question had arrived late.