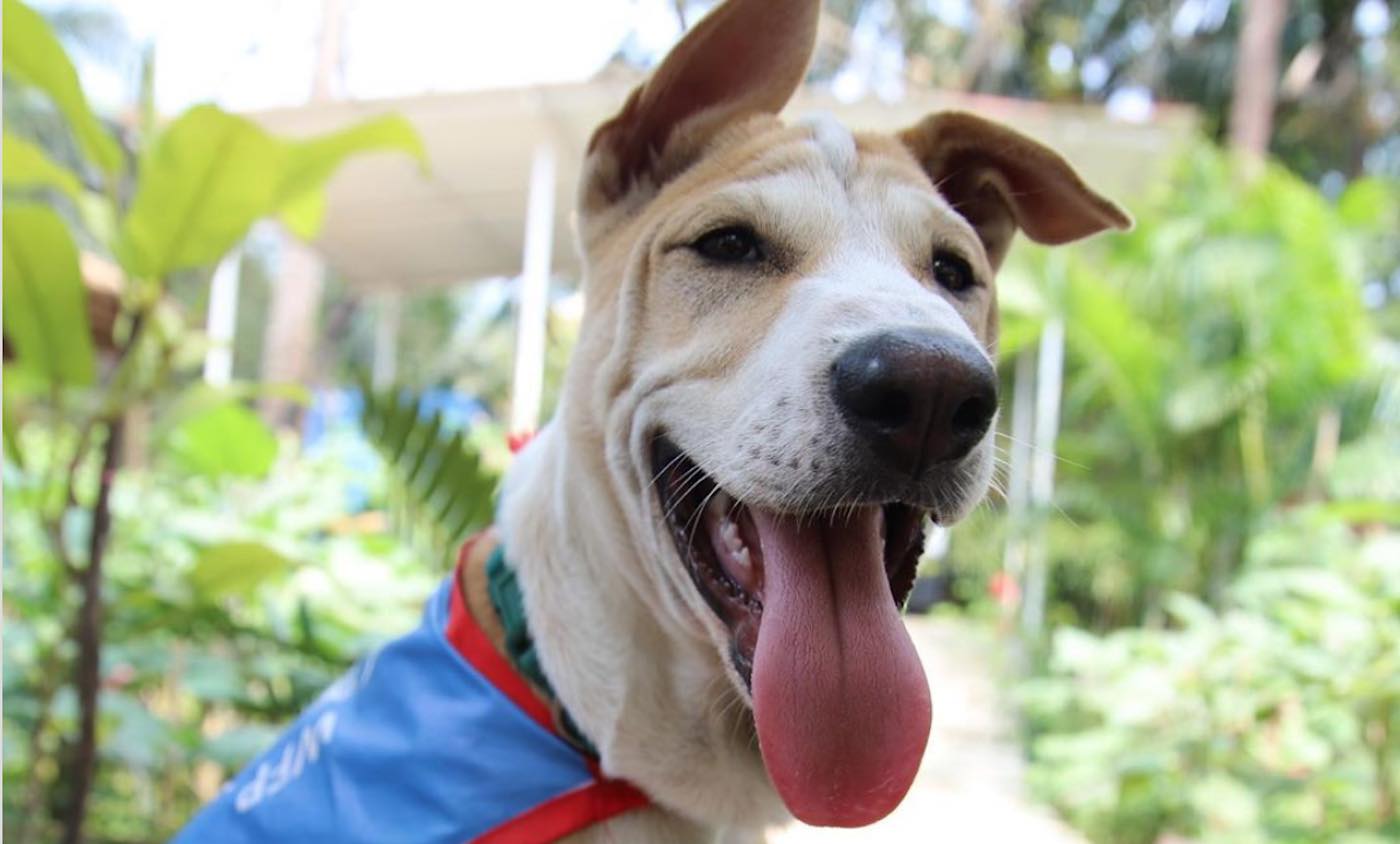 From his humble beginnings as a homeless street pup to surviving near-fatal illness to becoming the official mascot for a globally-recognized humanitarian organization, Foxtrot is one lucky dog.

On top of that, his humans just won the 2020 Nobel Peace Prize.

Foxtrot lives at a World Food Programme outpost in Bangladesh, one of the world’s largest and most densely populated refugee camps. As GNN reported in August, the dog was just about a month old when WFP workers found him during a beach clean-up and took the hungry dog back to their camp after they couldn’t find his owners.

RELATED: These Specially-Trained Dogs Have Saved 45 Rhinos From Poachers in South Africa—And Counting

The pooch’s year just keeps getting better. Last week, the WFP was honored with the prestigious Nobel Peace Prize for “its efforts to combat hunger and bettering conditions for peace in conflict-affected areas…”

Reacting “in his own words” on his Instagram page, humanitarian_pup, Foxtrot was thrilled when the award was announced, greeting the news with a tail-wagging, “Woweee!”

The head of the WFP was similarly thrilled by the win. “This is the first time in my life I’ve been speechless,” David Beasley said in a video posted on Twitter.

“Wow. Wow. Wow,” he continued. The “WFP family… out there in the most difficult, complex places in the world… They deserve this award.”

Woweee, i was so excited to hear that the @worldfoodprogramme was awarded the Nobel Peace Prize today. Of course it’s amazing, I do however think it would be even more amazing if we didn’t need any peace prizes because peace was the status quo in our world. But as myself and my colleagues know, this will never be the case in a world without #zerohunger. Conflict and insecurity are the main reason 690 million people in this world go to bed hungry at night and without a doubt hunger is a cause and effect of conflict. If we can make a more peaceful world for future generations then I know that we’ll be able to make sure every single child can live the life they deserve. Thank you so much for all your support and for joining me and my colleagues in doing everything we can to keep food on families’ tables as we work toward a more peaceful and inclusive world

The organization as a whole took to Twitter, too, noting its staff were “deeply humbled” by the win.

“Thank you so much for all your support, and for joining me and my colleagues in doing everything we can to keep food on families’ tables as we work toward a more peaceful world,” the Foxtrot page added.

What could be more bow-wow-wonderful than that?

Q&A: Energy studies at MIT and the next generation of energy leaders