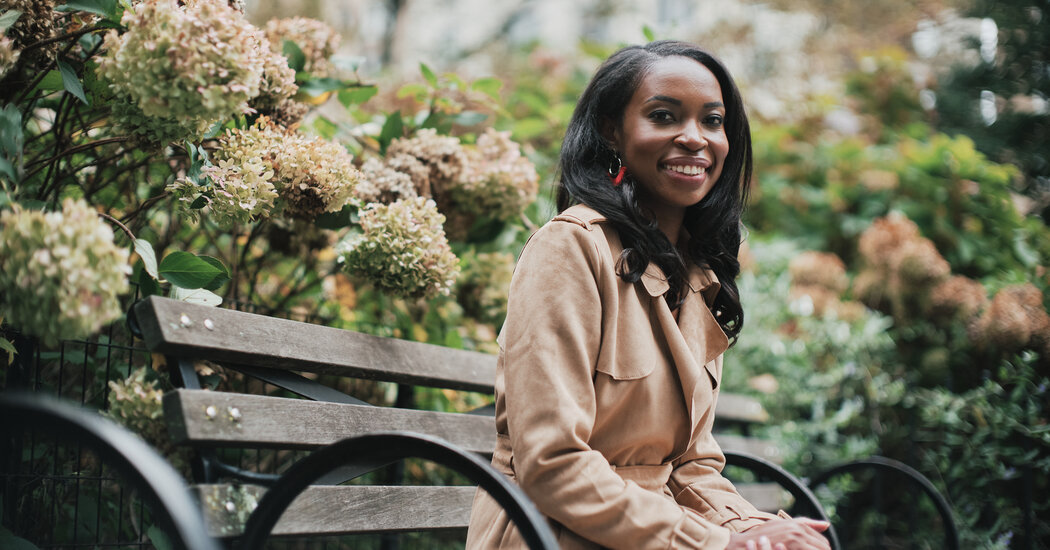 The push in book publishing for more authors and workers of color hasn’t abated, and companies are increasingly making lasting changes to the way they do business.

This summer, as people across the United States gathered to protest police brutality and racial injustice, Krishan Trotman, an executive editor at Hachette Books, approached the head of the company with a proposal.

Ms. Trotman was worried that the conversation about inequality in the literary world would fade away after the marches died down.

“I’ve worked in publishing for more than 15 years, and I’ve seen Black voices become a trend, and I’ve seen the trend die,” Ms. Trotman said. “We should not have to wait for a moment in the country like George Floyd to wake everybody up to the fact that there are tons of brown faces missing in the room.”

So she pitched a new publishing imprint called Legacy Lit, dedicated to social justice and focused on works by writers of color. Michael Pietsch, Hachette’s chief executive, said yes, and Legacy is now planning to release its first books in January 2022.

Publishing houses across the industry are making senior-level hires and structural changes to try to make their companies, and the books they acquire, more diverse — racially, ethnically and even geographically. While critics, including authors and publishing insiders, have accused publishers of paying lip service to these issues, the companies are increasingly making lasting changes to the way they do business, and in some cases they are already being driven by newly hired executives of color.

On Thursday, Simon & Schuster also took another step in that direction when it announced the hiring of a new vice president and executive editor: Aminda Marqués González, the executive editor of The Miami Herald.

“Both newspapers and book publishing are too Northeast-centric,” said Dana Canedy, who became publisher of the Simon & Schuster imprint in July. “So she will not be moving to New York. She’ll be remaining in Miami.”

Image Aminda Marqués González, a top editor at the Miami Herald, is joining Simon & Schuster as a vice president and executive editor.Credit…Mike Cohen for The New York Times

The new Hachette imprint will release 12 to 15 books a year. Its list will include narrative nonfiction, memoirs, investigative works, histories, inspirational and wellness titles and books about current events, as well as some fiction. Ms. Trotman, who will serve as the imprint’s vice president and publisher, already has a robust lineup of authors, among them the legal analyst Faith Jenkins, the actor Tamera Mowry-Housley, the entrepreneur Marisa Renee Lee, the activist and writer Shanita Hubbard, the TV producer Daniela Pierre-Bravo and the photographer Devin Allen.

Legacy is the first imprint focused on work by writers of color at Hachette, which, like Simon & Schuster, is one of the five largest American publishing companies.

With the launch of her own imprint, Ms. Trotman, 39, will join the ranks of a small but growing group of Black publishers who are reshaping the industry, which remains overwhelmingly white.

In a company survey released in September, Hachette found that among its new 2019 authors and illustrators, only 22 percent were people of color. Lack of diversity is also an issue within Hachette’s work force, which is 69 percent white. Among executives in senior management roles, 80 percent are white.

Other major publishing companies are similarly homogeneous in their ethnic and racial makeup:A study conducted this year at Penguin Random House found that around 80 percent of its employees are white.

Mr. Pietsch said that he hopes Hachette’s new imprint will “bring more attention and focus” to books about social, economic and racial justice, and will help the company attract more authors from diverse backgrounds.

“There are a lot of writers who are going to want to work with a Black publisher, and that’s an asset,” he said in an interview. “There are not very many Black editors and publishers in the business, and that will be meaningful.”

Other publishers are also launching diversity-minded imprints. This summer, the writer and comedian Phoebe Robinson started Tiny Reparations Books, an imprint at Dutton/Plume, where she is acquiring and publishing literary fiction, nonfiction and essay collections by diverse writers. At Random House Children’s Books, the young adult author Nicola Yoon and her husband, the novelist David Yoon, founded Joy Revolution, which will publish YA romance by and about people of color.

Simon & Schuster is taking a different tack. It has chosen to retire 37 Ink, an imprint that focused on marginalized voices. Its publisher, Dawn Davis, was named executive editor of Bon Appétit in August, and she will not be replaced.

The imprint’s existence “allowed people to say, ‘Oh, that’s a 37 Ink book, talk to Dawn,’” Ms. Canedy said. “I want everyone publishing what would formerly have been thought of as 37 Ink books. Not to say we didn’t have books by and about people of color, but all of the books we acquire by and about people of color should be Simon & Schuster books.”

Ms. Canedy — a former New York Times editor and administrator of the Pulitzer Prizes — is the first Black person to lead Simon & Schuster’s namesake imprint. This week, the company announced her first acquisition as an editor, a memoir by the Pulitzer Prize-winning Washington Post columnist Eugene Robinson, which will be called “Freedom Lost, Freedom Won.”

When she was considering the job, Ms. Canedy said, Mr. Robinson was one of the people she called for advice, and he urged her to take it.

“As we were about to hang up, I said, ‘If I do this, you’re going to be the first person I call about coming to Simon & Schuster as an author,’” she said. “He thought I was joking.”

Book editors tend to shuffle from one publishing house to another in a profession that remains fairly insular. But like Ms. Canedy, Ms. Marqués, who is Cuban-American, comes from the world of journalism. She has been executive editor of The Miami Herald for 10 years and is also the executive editor of its Spanish-language sister publication, El Nuevo Herald, and the Bradenton Herald. She became publisher of The Miami Herald and El Nuevo Herald last year.

Ms. Marqués faced criticism last month after a racist and anti-Semitic column appeared in an advertising insert in El Nuevo Herald. In an apology to readers, Ms. Marqués said that no one in the paper’s leadership saw the supplement before publication. Ms. Marqués left her role as publisher soon after, but Kristin Roberts, senior vice president for news at McClatchy, the Herald’s parent company, said that move was an organizational decision unrelated to the advertising supplement. Ms. Marqués stayed on as executive editor.

Ms. Marqués has also been a member of the Pulitzer board since 2012, where judges weigh in not only on journalism but on poetry, music, drama and fiction. To plow through all the required reading, she would toggle back and forth between paper copies at home and audiobooks on her commute. Her children got used to hearing a lot of “not now, I’m reading,” she said.

“When you’re deliberating about the best work and you’re trying to decide between the finalists, you really need to start thinking in ways that are so granular about what separates one entry from another,” she said. “What separates great from excellent, or good from great.”

In recent months, several other people of color have been named to top executive roles at major publishing companies, high-profile hires that could have a lasting impact on the literary landscape.

Last month, Crown brought on Madhulika Sikka, executive producer of audio at the Washington Post, as a vice president and executive editor. In July, Penguin Random House hired Lisa Lucas, the executive director of the National Book Foundation, to become the publisher of Pantheon and Schocken Books. This fall, Jamia Wilson was named executive editor of the Random House imprint, and Francis Lam became editor in chief of the lifestyle publisher Clarkson Potter.

Ms. Marqués said it makes good business sense that American publishers are seeking to better reflect the population in their books, authors and publishing employees.

“I wanted to see myself in these books,” she said of herself as a reader. “I wanted to be able to relate to the characters, somebody who could understand what I was feeling and going through. That’s what our readers want.”