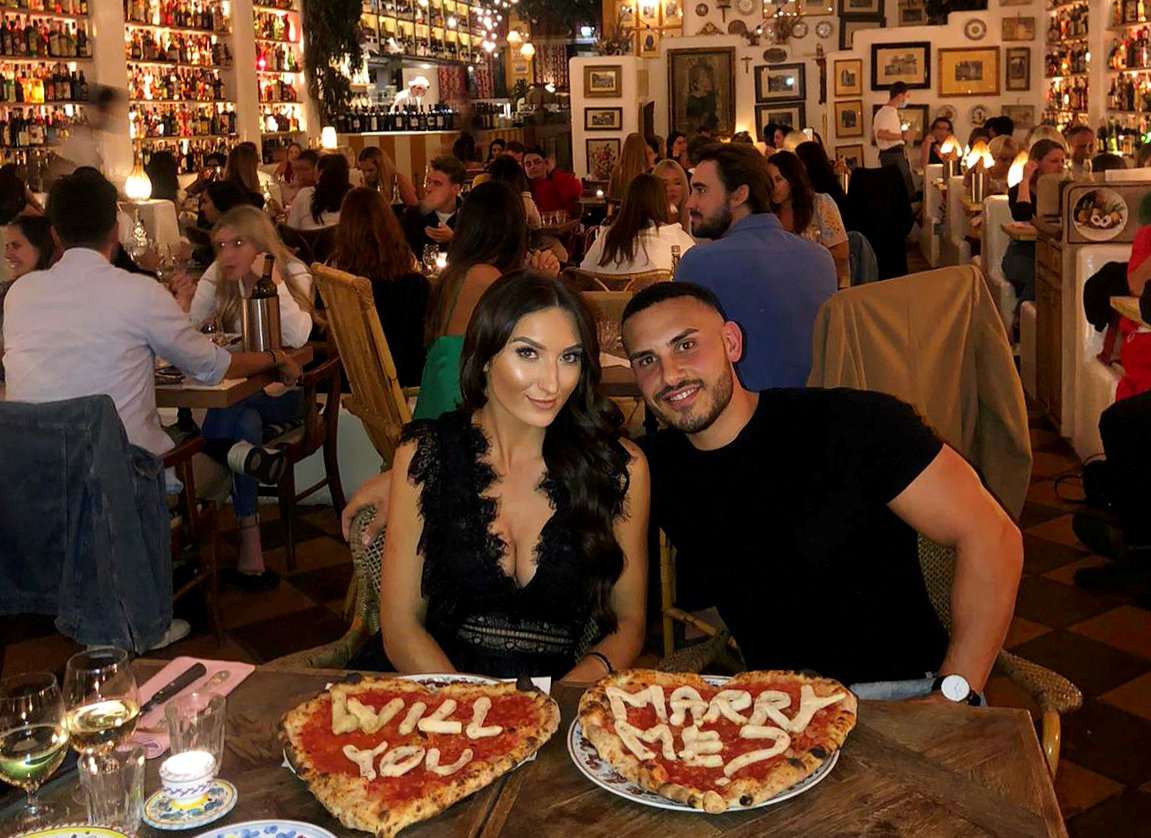 It’s not your typical proposal, but in a year that’s been anything but normal, one English gent found the perfect way to ask his girlfriend to marry him… with a pizza.

Loved up 27-year-old Walter Marano had planned to pop the question to his partner of five years, Sophia Florio in Italy.

But their holiday was canceled due to the coronavirus pandemic, so he decided to bring a taste of Italy to them instead.

He arranged a romantic meal at a restaurant in Fitzrovia, London, where waiters brought out heart-shaped pizzas.

They had the words “will you marry me?” written across them in crust and were presented to his girlfriend.

Walter pulled out the ring from his pocket and Sophia said yes before standing up to give him a kiss.

LOOK: Bride and Groom Betrothed to History After She Wore a Wedding Dress Made From the Parachute That Saved Him

The other diners of course burst into cheers for the couple before they tucked into their meal.

“I love pizza–so it was the perfect proposal,” Sophia said. “It was a complete surprise. I had no idea it was coming… I can’t wait to spend the rest of my life with Walter.”

Sophia says she had not suspected a thing a thing when Walter promised a weekend getaway to London.

At the restaurant “it was beautiful and felt like we were actually in Italy,” Sophia said. “It was the best feeling ever,” she added.

“Even with an audience it was very intimate and romantic.”

The love-up pair are planning to tie the knot in Italy in 2022, and are excited for the process of checking out venues.

The couple have been together for five years and Sophia is known for being fussy.

“I wouldn’t have said yes if it wasn’t perfect.” she said. Lucky Walter for getting the moment just right.

SHARE The Sweet Moment With Your Friends on Social Media…