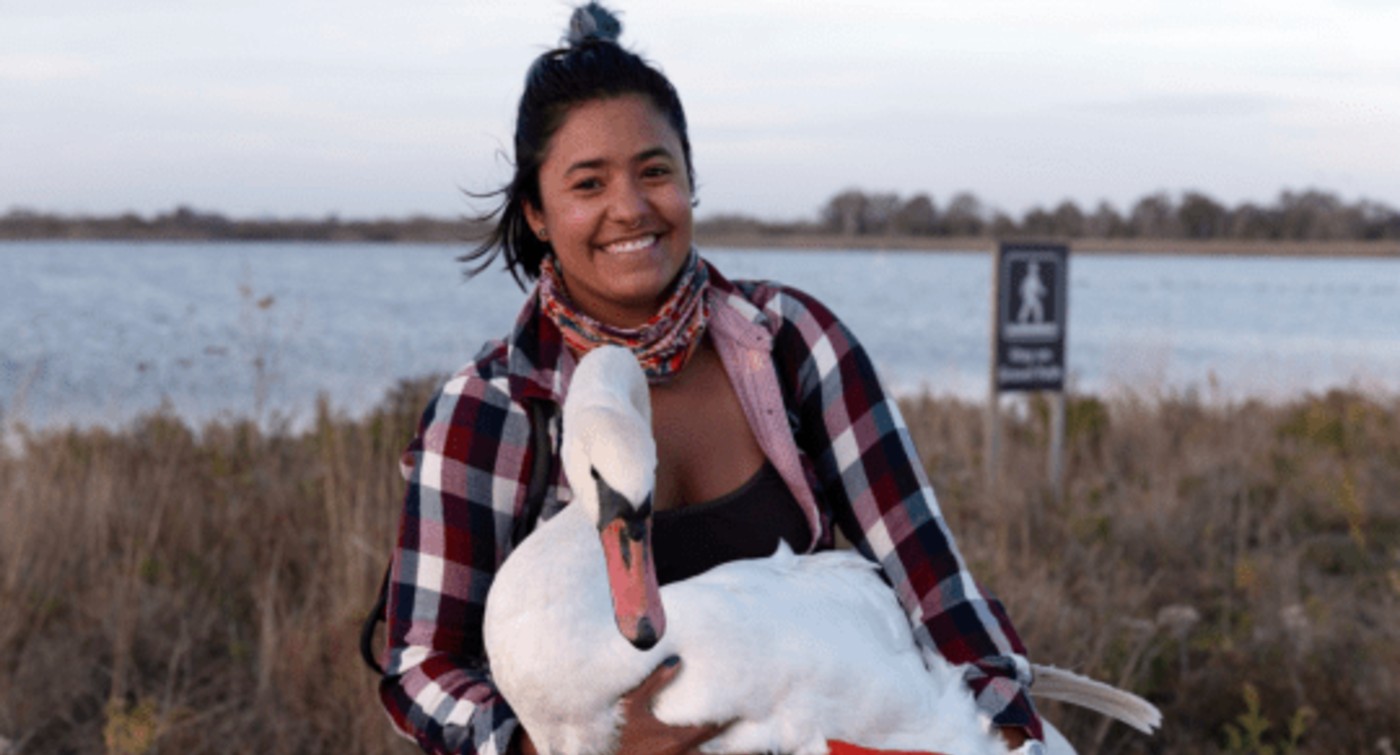 It takes a lot to phase New Yorkers. Even the sight of a woman schlepping a live swan and lugging a bicycle on the subway didn’t cause much of a stir.

“Nobody seems to be fazed,” Ariel Cordova-Rojas, the swan schlepper told The New York Times. “One man was sitting right in front of me and he’s just on his phone. I don’t even know if he noticed there was a swan in front of him.”

While Cordova-Rojas’ subway appearance might have been dismissed as whimsical performance art by some, she was in fact performing a very real act of mercy. The swan she’d found earlier in the day was ailing and she was determined to get it the help it needed.

Cordova-Rojas faced an arduous journey from Queens, through Brooklyn, to Manhattan’s Wild Bird Fund facility. She started out on foot. Several automobile rides and a stint on public transportation later, she was able to deliver the sick swan to its final destination, the Wild Bird Fund rehabilitation center located on New York City’s Upper West Side.

When she’d headed out for some birdwatching at Jamaica Bay Wildlife Refuge in Queens that morning, Cordova-Rojas had no idea of how the day’s events would unfold. Luckily for the infirm female mute swan she encountered, it was a case of the right person being in the right place at the right time.

Not only is Cordova-Rojas an avid birder, she’s also had extensive training wildlife rescue. Having spent five years as an animal care manager at the Wild Bird Fund facility herself, she was no stranger to dealing with sick and injured avians.

After assessing the swan’s condition, which was was quiet, lethargic, and weak, Cordova-Rojas wrapped the bird in her jacket. Although hampered by having to haul both bike and bird, she began planning the convoluted rescue.

Along her route, she was aided by some good Samaritans who drove her, her bike, and her feathered charge to a nearby subway station. During the ride, she hooked up in Brooklyn with former colleague, Tristan Higginbotham, another animal care manager at the Wild Bird Fund, who is also a volunteer for the New York City Audubon Society.

CHECK OUT: Kidnapped Lemur is Rescued and Returned to Safety Thanks to Eagle-Eyed Young Boy

Higginbotham said the Audubon Society already had word of the bird being ill, however, volunteers had been unable to find the downed swan during earlier attempts to locate her.

At the end of the 23-mile trek, a relieved but happy Cordova-Rojas finally handed the swan into the care of the capable Wild Bird Fund staff for evaluation and treatment.

It might not have been how she planned to spend her day, but Cordova-Rojas believes the unexpected adventure was one of the best gifts she’s ever been given.

“That was kind of the perfect culmination of my 20s,” she told The Times. “It was the perfect birthday present to be in nature and be able to save a life.”

SHARE This Rescue Story With Pals on Social Media…

India continues to be among countries with lowest per million COVID-19 cases, deaths

Even if you want to, you can’t ignore how people look or sound: Study has implications for racial stereotyping