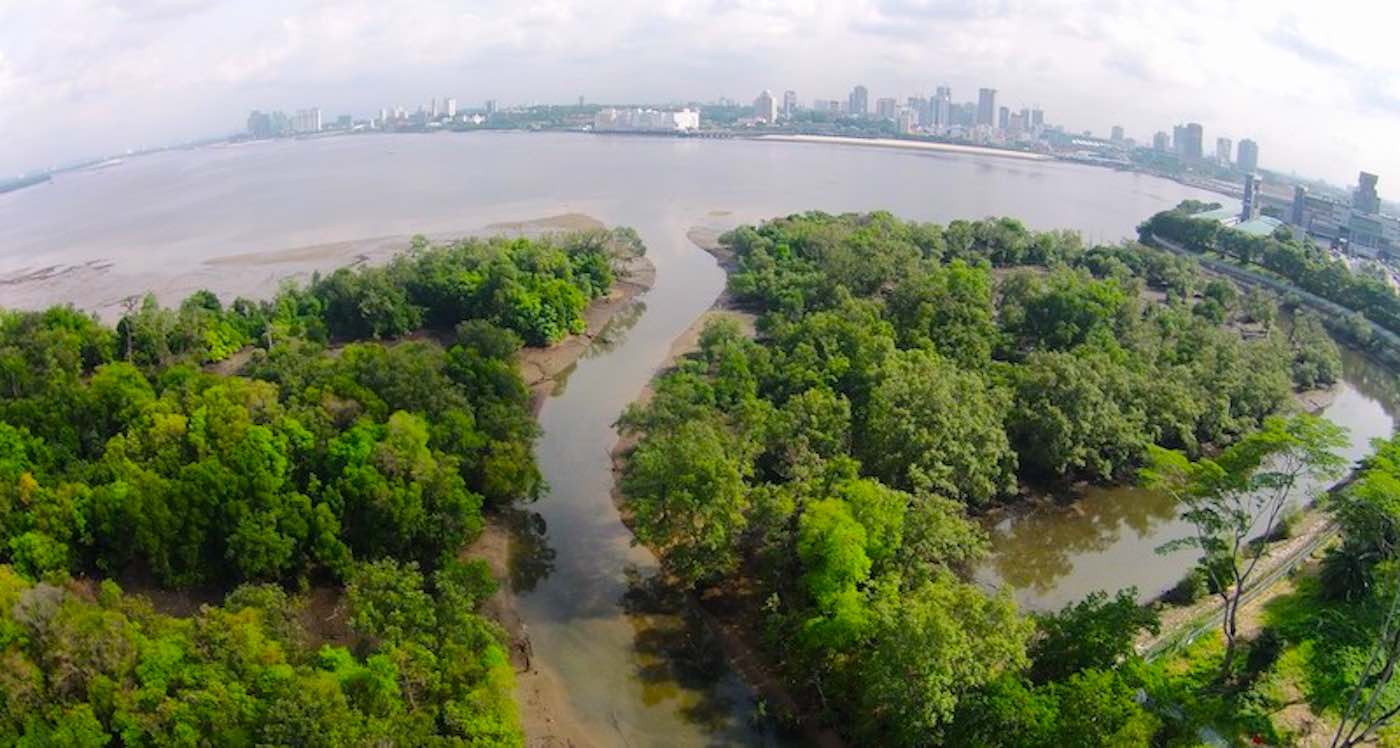 In an effort to restore Singapore’s once-rich mangrove forest ecosystems, the nation is embarking on a 1 million tree planting spree in hopes that they can save numerous bird, reptile, and tree species from extinction, and provide a ton of valuable ecosystem services.

The development of the small island into a world economic juggernaut which has brought billions in foreign investment currency to impoverished East Asian and Indo-Pacific communities has also replaced many of the island’s original mangrove forests with urban infrastructure.

However like most nations, the city-state of Singapore also has a national parks agency, and they have some plans in mind to help “green” the cities, and restore bird and tree populations in mangrove forests, as well as ensure that every Singaporean is “10 minutes from a park.”

The government is also sponsoring the creation of rooftop gardens, curbside foliage, and other green city projects like therapy garden parks, which will be designed to meet the physical, psychological and social needs of park-goers. Visitors will be able to experience a range of health benefits such as the relief of mental fatigue, reduced stress, and improved emotional well-being.

RELATED: How Costa Rica Slowed, Stopped, Then Reversed Deforestation in Their Rainforests

The planting of one million trees was assigned a target date intelligently set to conclude by 2030, as tree-planting operations tend to suffer from unrealistic deadlines.

In August, park authorities announced the creation of the Sungei Buloh Park Network, a 990 acre (400 hectare) park of wetlands and mangroves in the northern part of the island. Sungei Buloh encompasses several different existing wetland habitats, including mangroves and mudflats, and plays host to 279 different species of migratory birds.

POPULAR: The Search Engine That Plants Trees With Every Search Has Just Planted its 100-Millionth Tree

Despite the relative size disparity between Singapore and its neighbor Malaysia, Sungei Buloh Wetland Reserve is an important stop on the migration routes of dozens of species that travel every year from Australia and Russia to New Zealand and Alaska.

“Singapore’s mangroves punch way above their weight [in biodiversity,” Geography professor Dan Friess from the National University of Singapore told Mongabay. “We only have a small area of mangroves, but within that we have huge biodiversity. For instance, in the U.S. they only have three species of mangrove plant species, while in Singapore you can find 35 different species of plant species in its mangroves.”

Some of these mangroves are critically endangered, and tree nurseries on the island have so far produced 51,819 trees which have been transferred to its shoreline. Furthermore, to help speed the process up, Singapore’s government is hiring tree re-location services to move adult trees from areas that are up for development to mangrove and other reserve sites.

CHECK OUT: Tiny Forests Are Springing Up All Around Europe, Inspired By Japan, to Help Restore Biodiversity

Mangroves are the ultimate custodians, and as GNN has detailed before, they provide as many benefits for civilization as any wild feature. They protect against soil erosion, which can deplete farmland and strangle coastal reefs, trap more CO2 than any other tree, and can house dozens of species in every order in Animalia.

They are also the first line of defense for coastal property insurers during storms. For instance, in the U.S. where mangrove ecosystems have declined over the last hundred years, they prevent $100 million in property damage from floods every storm season due to their ability to dissipate the kinetic energy of waves by up to 66%.