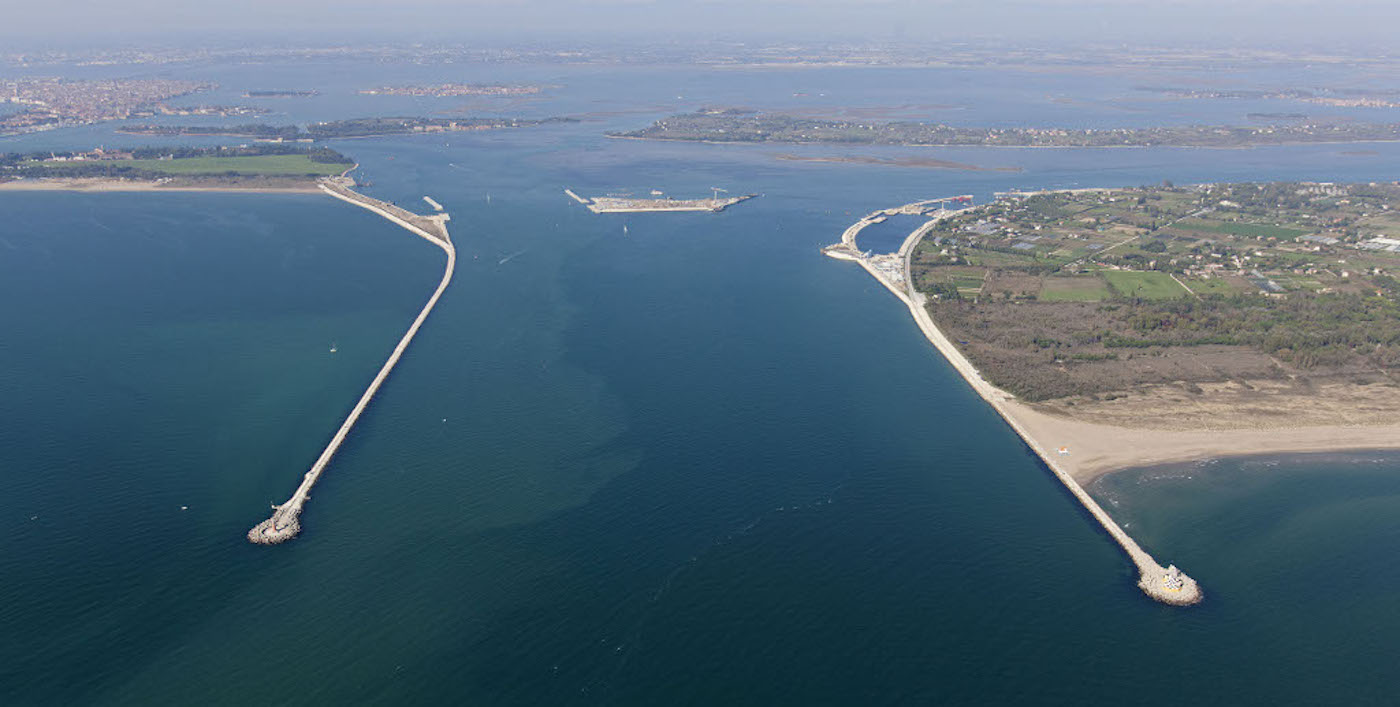 Venice, with its historic squares and buildings, quaint shops, and rows of old houses, was in grave danger last week when a 4.6-foot tide inched ever closer to its shores.

Such a tide would have flooded half the city, starting with the cultural treasure of St. Mark’s Square and its spectacular basilica, if not for the intervention of a controversial, long-delayed, but now operational inflatable flood defense system named after a certain biblical figure who famously helped move another source of pesky water.

Designed to stay at the bottom of the Venice lagoon until a flood is detected, “Mose,” an acronym that forms the Italian spelling of the man who parted the Red Sea, inflates to the surface, rapidly creating a yellow rubber wall, repelling the water, and protecting the city.

Operated from stations on the the Lido, Malamocco, and Chioggia inlets, it isolates the Venice lagoon from flooding, and has now been used twice in October alone, on the 3rd, and the 22nd as northern Italy has received a battering of rain.

Designed all the way back in 1984, and scheduled to come into operation in 2011, the Mose project has been hindered by corruption and cost overruns, forcing the architects behind it to reformat.

Costing an estimated €6 billion, the project was moved into hyperdrive after last year when Venice experienced its worst floods since 1966, causing €1 billion ($1.175 billion) in estimated damages.

A rendering of the Moses floodgates

The project is imagined to be finished in 2021, when the historic city should be protected from floods up to ten foot high according to Smithsonian—an occurrence which may become more frequent due to rising sea levels.