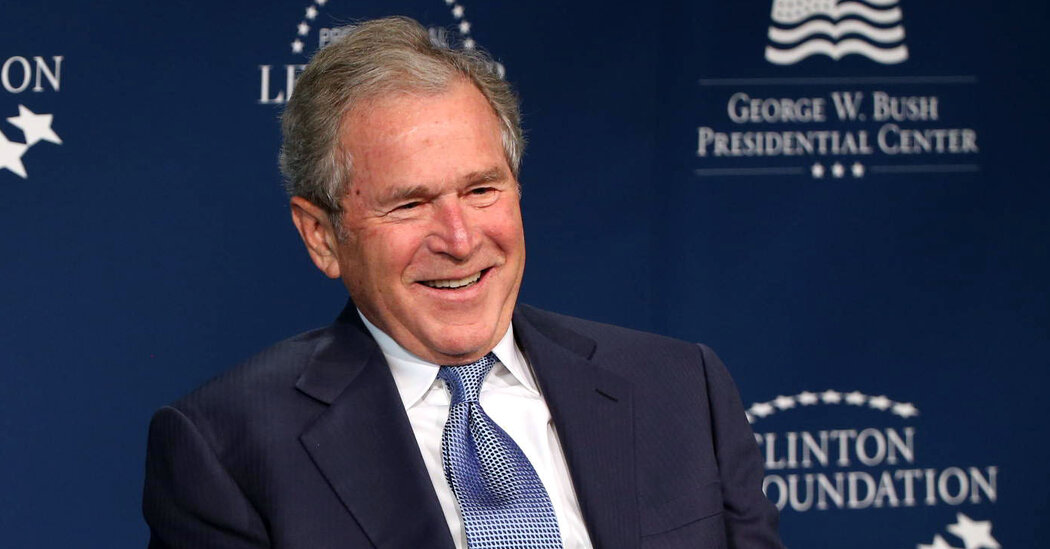 “I extended my warm congratulations and thanked him for the patriotic message he delivered last night,” Mr. Bush said in a statement released after he spoke with Mr. Biden by telephone. “I also called Kamala Harris to congratulate her on her historic election to the vice presidency. Though we have political differences, I know Joe Biden to be a good man who has won his opportunity to lead and unify our country.”

He added: “I want to congratulate President Trump and his supporters on a hard-fought campaign. He earned the votes of more than 70 million Americans — an extraordinary political achievement. They have spoken, and their voices will continue to be heard through elected Republicans at every level of government.”

Mr. Bush, the only living former Republican president, put his stamp on the outcome even as many of his party’s elected leaders held back either out of loyalty to Mr. Trump or out of fear of crossing the outgoing president. Mr. Trump has falsely asserted that the election was stolen without any evidence, leaving his party in the awkward position of following a president refusing to accept the reality that other Republicans have, even if they do not say so out loud.

Republican leaders like Senator Mitch McConnell of Kentucky have refused to publicly acknowledge Mr. Biden’s victory without necessarily embracing Mr. Trump’s wild claims. Many of them have either remained silent or straddled the line with statements calling for all legal votes to be counted and suggesting that the president should be permitted to file any lawsuits or call for any recounts allowed under the law. Only a few well-known Republicans, like Senators Mitt Romney of Utah and Lisa Murkowski of Alaska, have congratulated Mr. Biden.

While Mr. Bush said Mr. Trump had “the right to request recounts and pursue legal challenges,” his statement made clear he did not think they would succeed and could encourage other Republicans to speak out and increase pressure on Mr. Trump to stop fighting the results with unsubstantiated claims.

“The American people can have confidence that this election was fundamentally fair, its integrity will be upheld, and its outcome is clear,” he said.

Mr. Bush spoke out a day after his brother, former Gov. Jeb Bush of Florida, who lost the Republican nomination to Mr. Trump in 2016, addressed his own congratulatory statement to Mr. Biden, writing on Twitter that he “will be praying for you and your success.”

The Bush family has been at odds with Mr. Trump since that primary contest. Mr. Trump excoriated Jeb Bush and attacked his brother repeatedly as he sought the Republican nomination that year. The former president has said he voted for “none of the above” in 2016. His father, former President George H.W. Bush, said he voted for Hillary Clinton that year, and his wife, Barbara Bush, wrote in Jeb’s name on her ballot.

The younger Mr. Bush has had a friendly working relationship with Mr. Biden going back years, although the two were often at odds over policy and politics. Mr. Biden voted to authorize Mr. Bush to use force against Iraq, leading to the 2003 invasion, but later became a sharp critic of the war.

Sweethearts Candies Are Back After a Rough Restart, and They Sing