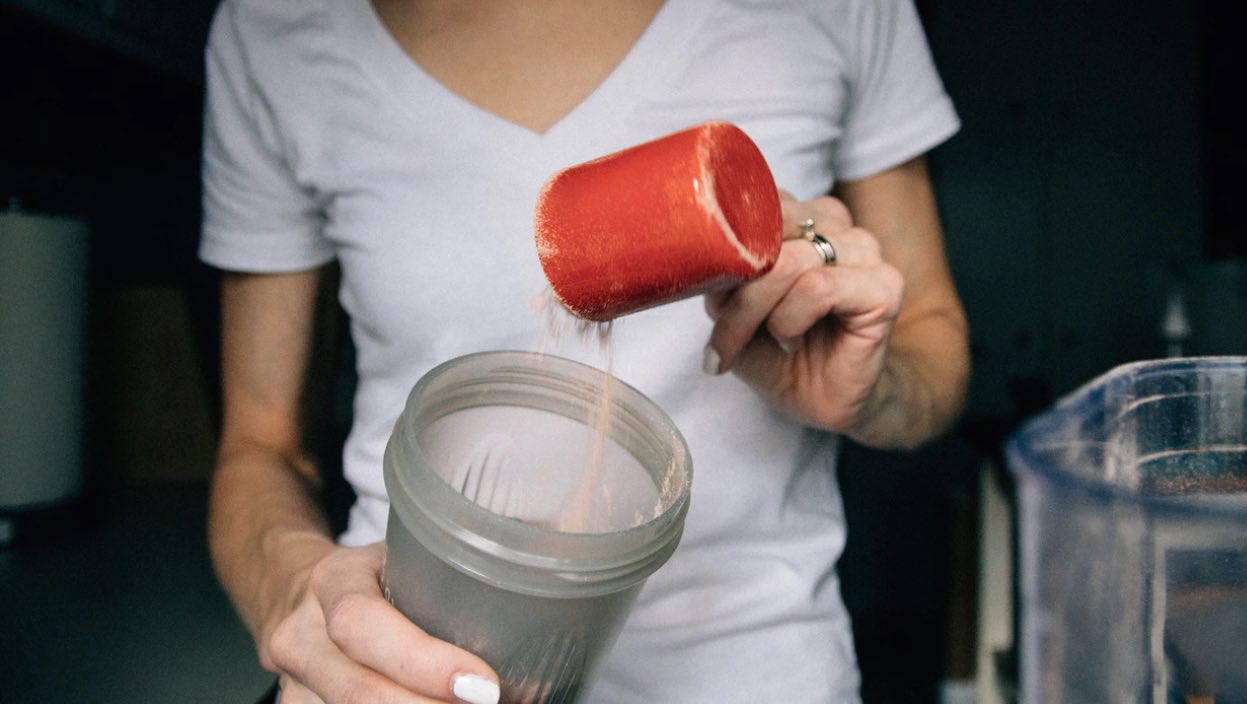 It’s well known that exercise boosts the brain as well as the body. Now it’s been found that the cognitive and physical benefits of a regular workout regimen are stronger when a protein shake is included as part of that routine.

Researchers at the University of Illinois studied the effects of a 12-week exercise regimen on 148 active-duty Air Force airmen, half of whom also received a twice-daily nutrient beverage that included protein; the omega-3 fatty acid, DHA; lutein; phospholipids; vitamin D; B vitamins and other micronutrients; along with a muscle-promoting compound known as HMB.

Both groups improved in physical and cognitive function, with added gains among those who regularly consumed the nutritional beverage, the team reports.

The findings, which appear in the journal Scientific Reports, show that participants were randomly assigned to the two groups. The exercise regimen combined strength training and high-intensity interval aerobic fitness challenges. One group received the nutritional beverage and the other consumed a placebo beverage that lacked the added nutrients. Neither the researchers nor the participants knew who received the nutrient-enriched beverage or placebo.

CHECK OUT: Dreading a Dark Winter Lockdown? Think Like a Norwegian

“The exercise intervention alone improved strength and endurance, mobility and stability, and participants also saw increases in several measures of cognitive function. They had better episodic memory and processed information more efficiently at the end of the 12 weeks. And they did better on tests that required them to solve problems they had never encountered before, an aptitude called fluid intelligence,” said Aron Barbey, a professor of psychology at the University of Illinois at Urbana-Champaign who led the study with postdoctoral researcher Christopher Zwilling.

“Those who also consumed the nutritional supplement saw all of these improvements and more. For example, they were better able to retain new information in their working memory and had quicker responses on tests of fluid intelligence than those taking the placebo,” Barbey said.

RELATED: Exercise in the Morning May Stave Off Cancer, As Opposed to Later in the Day, New Study Says

Physical power increased in both groups as a result of the physical training, Zwilling said.

“Power is a measure of physical fitness that is based on several factors, such as how fast a participant can pull a heavy sled over a set distance, how far they can toss a weighted ball, and how many pushups, pullups or situps they can perform in a set time period,” he said.

The physical training reduced participants’ percent of body fat and increased their oxygen-uptake efficiency, or VO2 max. The airmen also performed better than they had initially on several measures of cognitive function. The most notable of these was an increase in the accuracy of their responses to problems designed to measure fluid intelligence.

“But we also wanted to know whether taking the supplement conferred an advantage above and beyond the effect of exercise,” Zwilling said. “We saw that it did, for example in relationship to resting heart rate, which went down more in those who took the supplement than in those who didn’t.”

Participants who consumed the nutritional beverage also saw greater improvements in their ability to retain and process information. And their reaction time on tests of fluid intelligence improved more than their peers who took the placebo, the researchers found.

MORE: Poll Shows People Are Picking Up Healthy New Habits As a Result of Being Home in Pandemic

So there you go. Enriched protein shakes to go with your exercise aren’t just good for the body. They’re great for the brain, too.

SHARE The Big Research News With Your Pals on Social Media…

How One Writer Learned to be Productive During the Pandemic