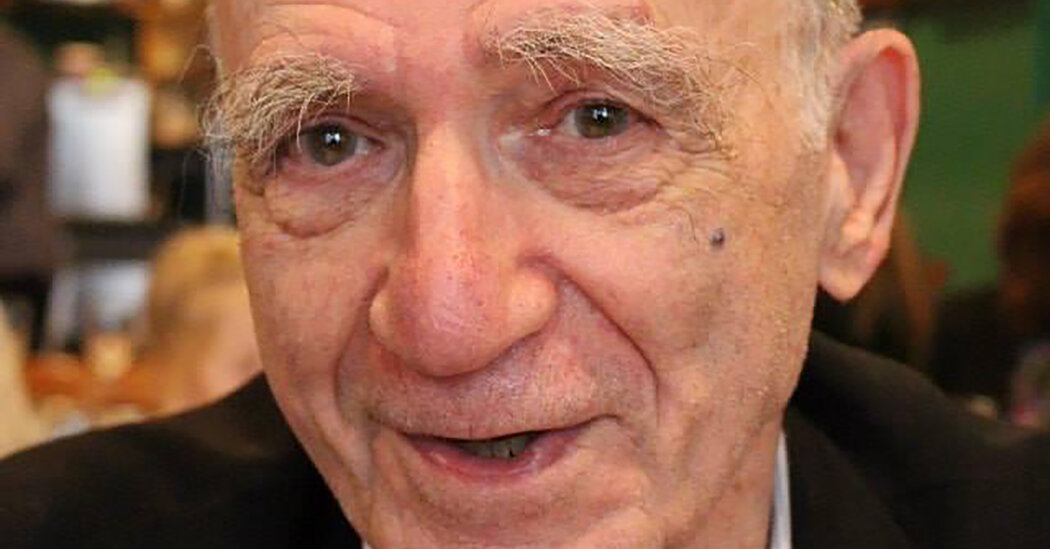 As news director of Radio Free Europe, he saw the Berlin Wall go up and later worked for CBS and at the Newseum in Washington. He died in the pandemic.

Gene Mater, a former executive at CBS and Radio Free Europe, where he oversaw coverage of the building of the Berlin Wall during the Cold War. Credit… Lauralee Lightwood-Mater

This obituary is part of a series about people who have died in the coronavirus pandemic. Read about others here.

Gene Mater was the news director of Radio Free Europe when East Germany began building the Berlin Wall in August 1961. He took a flight from Munich, where he was based, to see its concrete and barbed-wire incarnation take shape.

“This was an opportunity to see mankind at it worst,” he said in an interview in 2009 for the Freedom Forum, a First Amendment advocacy group. “Perhaps the worst that I saw was in Bernauer Strasse, where apartment houses suddenly become a wall; workmen were inside, under guard, smashing windows, knocking the wooden frames out and bricking up the holes.”

The bricks, he added, prevented people on the inside from leaping to freedom.

Mr. Mater, who had a long career as a newspaperman, broadcast executive and First Amendment advocate, died on Sept. 20 in a hospice center in Bethlehem, Pa. He was 93. Jeanne Mater, his daughter, said the cause was complications of Covid-19.

Gene Paul Mater (pronounced MAY-ter) was born in Brooklyn on Nov. 27, 1926. His father, Albert, was a house painter. His mother, Emma (Landau) Mater, was a homemaker who volunteered to sell war bonds during World War II. After studying engineering for two years at the Polytechnic Institute of Brooklyn, Gene entered the Army.

He was sent to West Germany just after the war ended and as the Cold War was beginning. On the troop ship taking him to Europe, he started a newsletter to raise morale, then used it as his pitch to the military brass to be involved in news media efforts. He was assigned to help start newspapers that would be free of government interference and run by Germans with clean war records.

Image Mr. Mater at the Brandenburg Gate shortly after barbed wire was strung at the boundary between East and West Berlin.Credit…via Mater family

In all, he helped create eight papers, seven of which still publish, in the southwestern part of the country. After his discharge in July 1947, he worked for the German news service DENA.

While working in Stuttgart, Mr. Mater met Jeanne Blanc, a warrant officer for the French Army. They married in London in 1947 and moved to the United States the next year.

For the next decade, Mr. Mater pursued newspaper work as a reporter for The San Bernardino Sun in California and as an editor at The Star-Ledger of Newark and The New York World-Telegram and Sun.

He joined Radio Free Europe, which broadcast news to countries behind the Iron Curtain, in 1959, knowing that it was funded by the C.I.A. but intending to impose rigorous journalistic standards on its reporting staff, his daughter said. After six years, during which he directed coverage of the Berlin Wall’s construction and other stories, he joined the broadcaster’s parent, the Free Europe Committee, in Manhattan.

CBS hired Mr. Mater as an executive in 1970, and over 15 years there he acted as a spokesman for its broadcast group, sometimes testifying at federal regulatory hearings.

After leaving CBS in 1985, he was a media consultant, helping journalists in Eastern Europe run newspapers after the fall of the Soviet Union and, most recently, working with the Freedom Forum in Washington, often speaking to international journalists about press freedom.

In addition to his daughter, Mr. Mater is survived by his son, Rick; six grandchildren; and three great-grandchildren. His wife died in 1994.

At the Freedom Forum, Mr. Mater worked at its Newseum, the Washington museum dedicated to journalism that closed last year. It had exhibited eight large segments of the Berlin Wall.

Ms. Mater said her family had a personal memory of her father’s visit to the wall in 1961.

“Dad brought each of us a piece of barbed wire from that Berlin visit,” she said in a phone interview. “He cut it himself and had a brick thrown at him by a VOPO” — an East German border policeman. “The brick missed.”

A decline in testing may be masking the spread of the virus in some U.S. states.