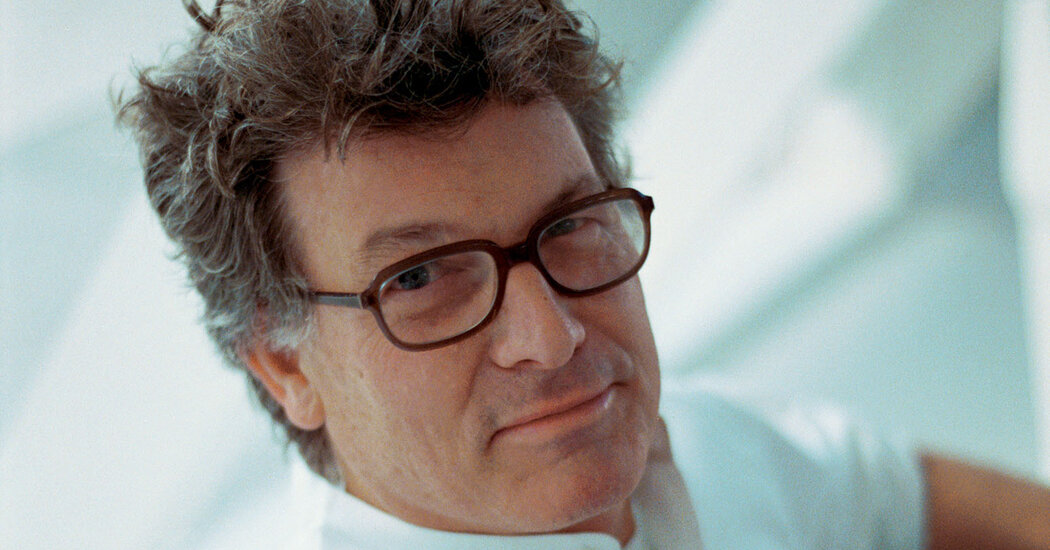 Slash Records, which Mr. Biggs founded in 1979, became one of the most successful independent record labels of its era.

Bob Biggs, the founder of Slash Records, in 2003. “Bob wasn’t a music geek,” John Doe of the band X said. “But he wanted to affect the culture through art.”Credit…Kim Biggs

Bob Biggs, who sensed opportunity in the Mohawk-filled mosh pits of the Los Angeles punk movement in the late 1970s and founded Slash Records, which became one of the most successful independent record labels of its era, died on Oct. 17 at his ranch in Tehachapi, Calif. He was 74.

His wife, Kim (Truch) Biggs, said the cause was complications of Lewy body dementia.

At Slash Records — originally part of Slash magazine, the underground Los Angeles punk scene’s bible — Mr. Biggs signed bands, like the Germs, X and Fear, that were dominating the moment. The label later expanded into other kinds of rock with artists like Los Lobos, the Blasters, Violent Femmes and Faith No More. When it entered a distribution deal with Warner Bros. Records, Slash’s sound traveled far past Southern California.

“L.A. was still part of the dream factory, and we didn’t have a Warner Bros. willing to back bands like us,” John Doe, X’s bassist and vocalist, said in a phone interview. “The labels were hoping this annoying punk-rock thing would go away so they could get back to the business of classic rock. Slash was our best alternative.”

“Bob wasn’t a music geek,” he added. “He didn’t pore over credits on the backs of LPs and stuff like that. But he wanted to affect the culture through art.”

Standing 6-foot-3, he had played football in college. He was passionate about painting. And by his own admission, he didn’t really even love punk music. But he was effortlessly entrepreneurial, and in 1978 he found himself living next door to the Fairfax offices of Slash, whose scrappy staff was chronicling the frenzied, anarchistic speed-rock being played nightly at Hollywood clubs like the Whisky a Go Go and the Masque, which was located in the basement of a pornographic movie theater.

When the magazine needed money to fund a recording by the Germs, Mr. Biggs put up $1,000 to record the EP “Lexicon Devil,” which the magazine sold to readers via mail order. It became Slash Records’ first release, and it also gave Mr. Biggs a new job.

Image The band X (from left, Billy Zoom, D.J. Bonebrake, Exene Cervenka and John Doe) at around the time Slash had its first success with the band’s album “Los Angeles” in 1980.Credit…George Rose/Getty Images

In Penelope Spheeris’s 1981 documentary, “The Decline of Western Civilization,” which explores the Los Angeles punk scene, Mr. Biggs gives a tour of Slash’s offices. As wiry staffers with pierced ears inhale cigarettes while editing copy, a writer known as Kickboy Face picks up a phone to listen to a tip. “Yeah, Slash magazine,” he says. “There was a riot at the Hong Kong last night?”

Ms. Spheeris asks Mr. Biggs why people like punk music. “Nothing else is going on,” he says. “It’s the only form of revolution left.” (Mr. Biggs and Ms. Spheeris were married at the time; they divorced in 1984.)

In 1979, Mr. Biggs took over Slash after its founders, Steve Samiof and Melanie Nissen, left the scene, and he started handling things with a businesslike touch. He stopped publishing the magazine, and Slash Records had its first success the next year with X’s “Los Angeles,” widely regarded as one of the most influential punk records of all time.

Mr. Biggs’s talent for signing bands that sold well became the envy of competing labels, and he expanded his roster beyond punk to other genres. He signed the band Violent Femmes, giving them the radio hit “Blister in the Sun,” and he released Los Lobos’ acclaimed debut album, “How Will the Wolf Survive?” The Blasters also joined Slash’s roster, expanding its sound into rockabilly and American roots music.

Warner Bros. took notice in 1982 and offered the label a manufacturing and distribution deal. When The New York Times visited Slash’s new offices in West Hollywood that year, Mr. Biggs had developed a mogul’s swagger, interrupting himself repeatedly during the interview to sign documents a secretary brought him.

With success came accusations of selling out, but Mr. Biggs wasn’t chafed in the slightest.

“Some people think the way Slash developed was politically incorrect, but I feel no obligation to stand by a particular style of music to the bitter end,” he told The Los Angeles Times in 1987. “I’ve never felt that the label stood for a specific set of ideals I was obliged to uphold.”

“I wouldn’t describe myself as a music fan,” he said in the same interview. “I put out records I think are necessary, and the challenge of getting a mass audience to agree they’re necessary is what’s fun for me.”

Robert Lee Biggs was born on July 28, 1946, in Los Angeles and grew up in Whittier, Calif. His father, Ariel, was an inventor and a salesman; his mother, Ila Faye (Wright) Biggs, was a homemaker.

Mr. Biggs graduated from La Serna High School and attended U.C.L.A. on a football scholarship with hopes of going pro. But he blew out his knee during his first season, and the injury ended his athletic career. He reinvented himself, majoring in fine arts and immersing himself in the city’s theater scene, and he showed his drawings and paintings at some local galleries. Before long, he was living next door to Slash’s offices.

In addition to his wife, he is survived by a son, Montezuma Ariel Alexander Biggs, and a sister, Judy Biggs. His marriages to Leslie Ward, Ms. Spheeris and Stella Marmara ended in divorce.

Slash released its biggest commercial hit, Faith No More’s album “The Real Thing,” in 1989, and it also released music by Rammstein, the Chills and L7. The label was sold to London Records in 1996, but Mr. Biggs stayed on. After a series of corporate mergers, Slash closed as an active label in 2000, but Mr. Biggs reacquired the rights to the name a few years later and Slash eventually relaunched as a reissue label.

Mr. Biggs lived in New York during the London Records era, but he later moved back to Southern California with his family, settling in a mountainous desert area of Tehachapi, where he built a ranch with an art studio to work on his large-scale oil paintings. A collection of his pastel paintings featuring a series of babies’ heads was used as the art for “To Be Kind,” a 2014 album by the experimental rock band Swans. In 2016, Mr. Biggs learned that he had Lewy body dementia, a neurological disease that affects movement and cognition.

This year marked the 40th anniversary of X’s “Los Angeles,” and as Mr. Doe reflected on Slash Records during his phone interview, he disagreed with the snobbish notion that Mr. Biggs had no punk spirit.

“In the best definition of punk rock, Bob was actually very punk,” he said. “He wanted to change things, and he didn’t accept the status quo. When someone told him, ‘You can’t do that,’ he said, ‘Oh really? I’m going to try.’”

Extinction Watch: How African Black Rhino came back from extinction