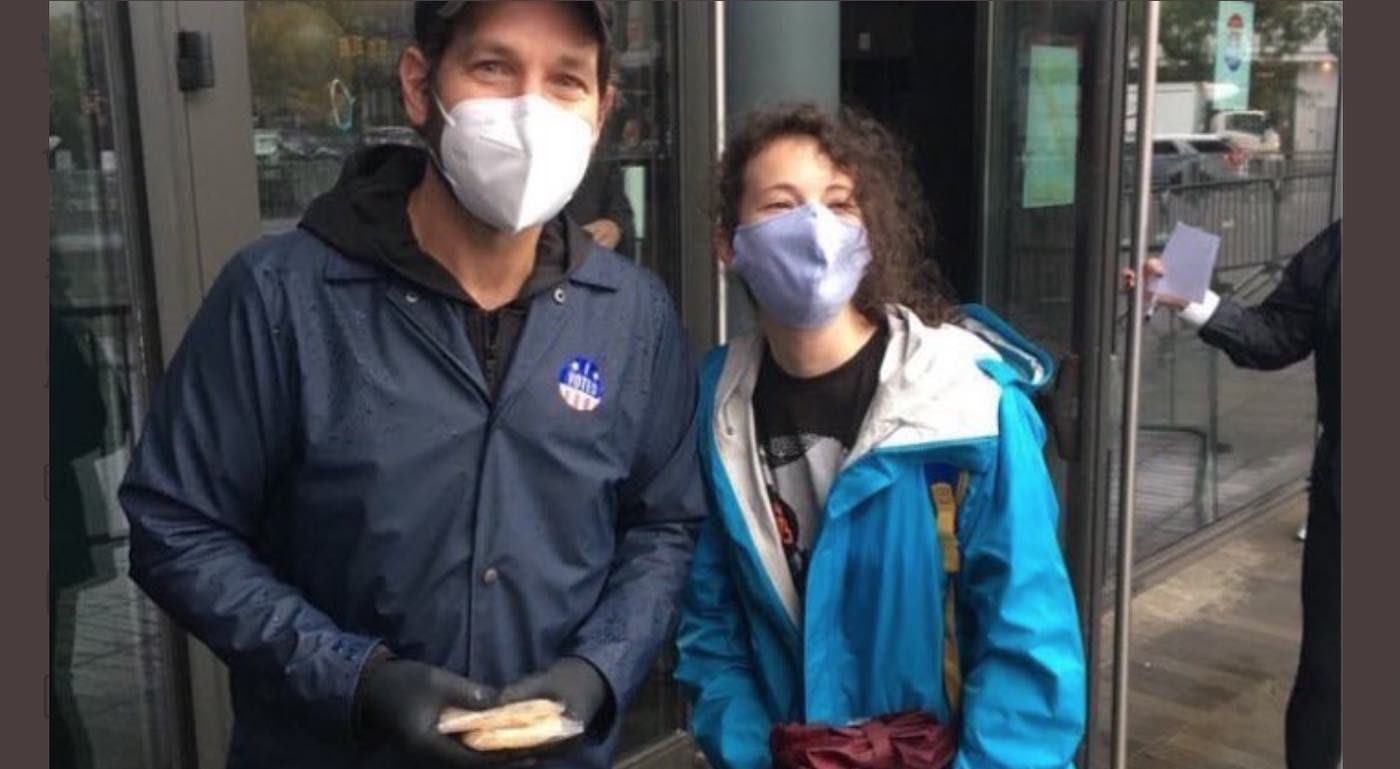 Paul Rudd is already beloved for his long list of Hollywood film roles—but now, his most recent good deed is winning hearts across Brooklyn as well.

Earlier this week, the movie star was filmed handing out individually-wrapped blueberry and cream cookies to New York City voters as they waited in the rain outside the Barclays Center to cast their ballots.

Brian Rosenworcel, who was just one of the lucky voters surprised by Rudd’s appearance, managed to post a quick video of the celebrity’s sweet treat giveaway to Twitter—and the clip has already been viewed thousands of times in a matter of days.

“I was standing in line and I thought Paul was just there to vote, but then he starts handing out cookies to people in line,” Brian Rosenworcel told CNN. “And he waited to greet people as they exited to say thanks for voting in the rain.”

Q&A: Seth Mnookin on Covid-19 and the public understanding of science