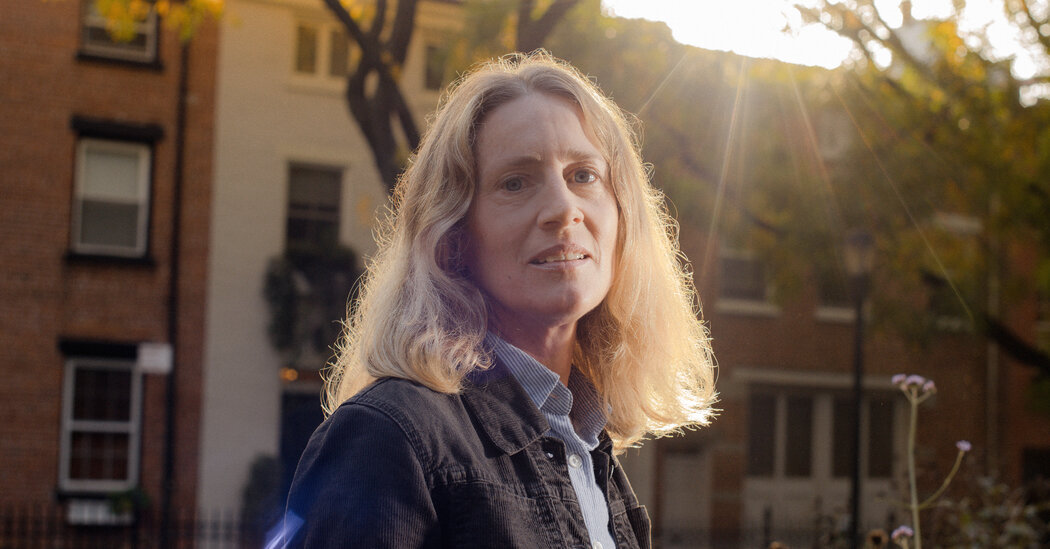 Cecily von Ziegesar, the author of “Gossip Girl,” is going for an adult, possibly Brooklyn-based audience in her new novel, but there will still be drama.

“I couldn’t write the ‘Gossip Girl’ books now, but I couldn’t have written ‘Cobble Hill’ then,” Cecily von Ziegesar said. “Hopefully I’ve progressed as a writer.”Credit…Tonje Thilesen for The New York Times

About eight years ago, when her two children were in elementary school in Brooklyn, she couldn’t shake the idea that their hair, and her own, were infested with the bloodsucking insects.

“I would go down to the nurse and be like, ‘Can you check my head?’ I was combing my kids’ hair every single night,” von Ziegesar said in an interview. “I heard that if you put mayonnaise on your head and wrapped it in Saran Wrap, that would drown them, so I was doing that to my hair every day.”

A similar lice encounter kicks off her book, “Cobble Hill,” which Atria publishes on Nov. 10, except that instead of a mother of two having a meltdown, it is Stuart Little, a has-been rock star whose wife, Mandy, it is soon revealed, has faked multiple sclerosis so that she can stay in bed and shirk her parental duties of school drop-offs and paying taxes.

If that behavior sounds maniacally self-centered, it’s the kind of character that von Ziegesar, the author of the best-selling young adult series “Gossip Girl,” specializes in — and defends when necessary.

“I love Mandy,” she said, a hint of protectiveness in her voice. “I admire her for having the guts to just be, like, ‘This is what I need to do right now.’”

Call it guts or selfishness or gutsy selfishness, those traits can be found in most of her female characters, von Ziegesar noted, from the scheming Blair Waldorf and the backstabbers who surrounded her in “Gossip Girl” to the four female characters of “Cobble Hill.” In addition to Mandy, there is a British expatriate working at a Condé Nast-esque magazine, a high school nurse with a crush on a student’s parent and an evasive artist.

“I didn’t want them to be characters that you love to hate,” von Ziegesar said.

Those women and their families feel like characters that teenage fans of “Gossip Girl” might have graduated to. After all, since her first book came out in 2002 and the television adaptation began airing in 2007, those fans are now reaching prime adulthood, considering career shifts, buying homes and trading their youthful insecurities for more grown-up ones. That might include, as is the case with these characters, giving up on passions for unfulfilling careers that pay the bills, landing jobs they don’t know how to do but pretend to or learning that maybe they don’t love their spouses as much as they used to — all while agonizing over how other people perceive them.

“I couldn’t write the ‘Gossip Girl’ books now, but I couldn’t have written ‘Cobble Hill’ then,” von Ziegesar, 50, said. “Hopefully I’ve progressed as a writer.”

She herself is a product of the Upper East Side world where “Gossip Girl” is set: Though she grew up on the Upper West Side, she went to school there and had the “funny little experiences of being able to walk around the corner from school and go to my friend’s house,” she recalled. “And I had a few friends whose parents were a little reluctant to let them come over to my house.”

The idea for “Gossip Girl” emerged when von Ziegesar was an editor at the book-packaging company Alloy Entertainment, now a division of Warner Bros. Television Group. At the time, the young adult book market was full of series like “Sweet Valley High” that featured made-up locations. “That was so weird to me,” she said. “Why not write about a real place? It just so happened that the real place that I knew was the Upper East Side.”

Precise sales figures of the “Gossip Girl” books are hard to come by because the first of the series arrived before tracking was made available, but some estimates suggest it has sold over 4 million copies. The TV series ran for six seasons and helped make celebrities out of cast members such as Blake Lively, Leighton Meester, Penn Badgley and Ed Westwick. An HBO Max reboot is now in the works.

In 2002, when von Ziegesar’s debut book came out, she had her first child. By the time the TV series was coming to an end in 2012, she had two children who were old enough to be hooked.

“We would watch the show together as a family,” she said from the recently vacated room of her daughter, who is starting her first year at college. “I remember putting my son to bed and he was like, ‘I don’t think I can go to sleep,’ and I asked why not, and he’s like, ‘I’m so worried about Chuck.’”

The voyeuristic lens von Ziegesar applied to old-money Upper East Siders, exploring the tension between their nervous inner lives and perfect outward appearances, is what she sought to bring to “Cobble Hill,” which is named for the expensive Brooklyn neighborhood where she and the characters live. Except this book is more relatable, more normal: Instead of elbowing their way into Ivy League schools or throwing parties on Park Avenue, these characters are trying to find babysitters so they can go out for a drunken night of karaoke.

Image With her latest book, von Ziegesar said, “I didn’t want them to be characters that you love to hate.”Credit…Tonje Thilesen for The New York Times

“It was ballsy and real,” the literary agent and author Bill Clegg said in an email. He worked with von Ziegesar with edits and feedback on her manuscript but said he didn’t need to do much.

“I think I just asked for it to be longer,” he added. (Mandy, it turns out, is also his favorite character.)

“Cobble Hill” is a greater departure for von Ziegesar. And, she mentioned, there are already early whispers of potentially turning it into a TV series as well.

In the years she worked on the book, von Ziegesar — who admitted her writing process has never been neat or methodical — continued to jot down flashes of inspiration, ideas and real life events on Post-it notes that she’d stick around her house.

“Unlike ‘Gossip Girl,’ where I was writing a series and there were two a year, this really is like a culmination of so many things,” she said. “I was working on it very sporadically for a long time.”

This year, as von Ziegesar was cleaning out one of her closets, she found a box of old Post-its. “I looked up and said to my husband, ‘Oh my god, it all went in the book,’” she said.

In the Netherlands, a Cartoon in School Leads to Online Threats and an Arrest

Some Covid Survivors Have Antibodies That Attack the Body, not Virus