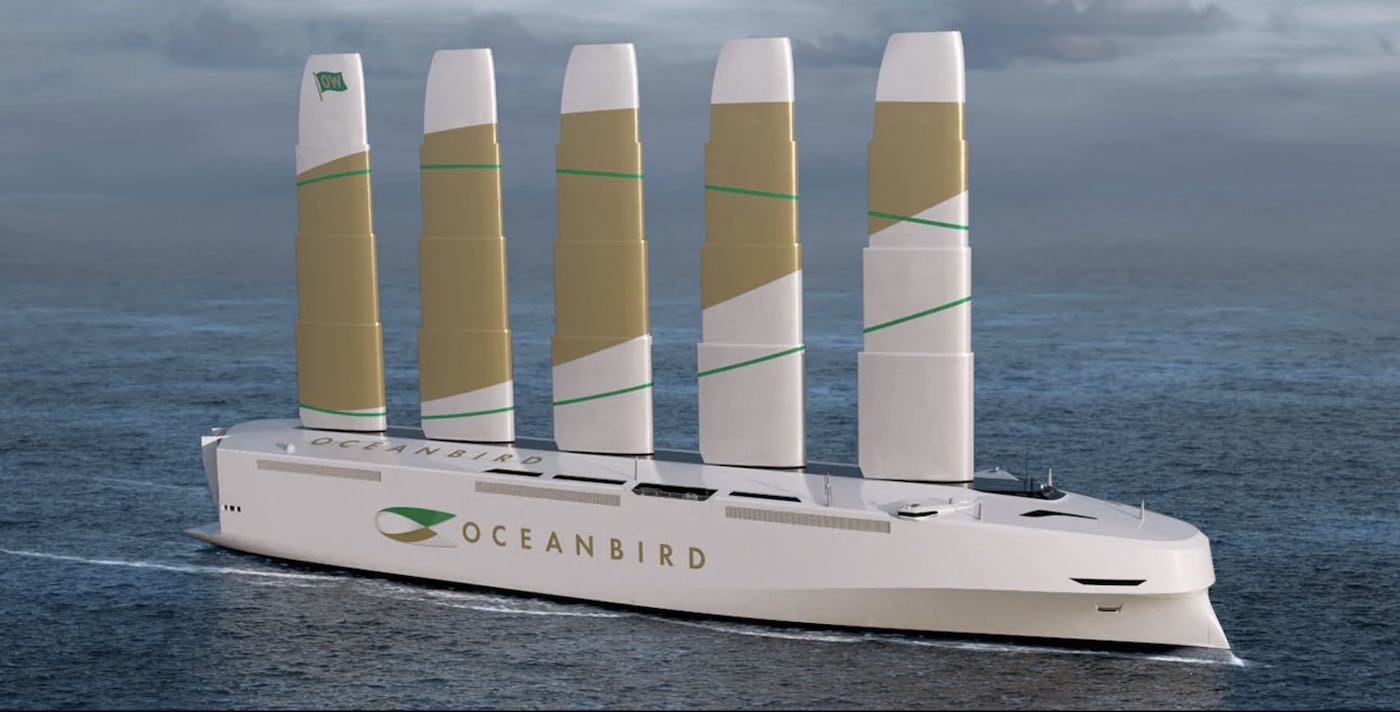 The global cargo shipping industry accounts for roughly 2 percent of all greenhouse emissions worldwide. Soon, an advanced clean energy ship could finally deliver an eco-friendly solution for hauling freight across the ocean.

Automakers understand that ‘electrifying’ our transport sector will be crucial in lowering dangerous emissions to mitigate a climate crisis. But two areas in which electrifying our transportation has proven to be difficult include commercial aviation—and heavy-duty cargo shipping.

A prototype announced in September by Wallenius Marine could finally change that.

Powered by a series of massive retractable “sails” that resemble airplane wings, the OceanBird will reportedly carry 7,000 cars (or any weight equivalent) across the ocean while cutting carbon emissions by a stunning 90 percent—a game-changer for a global industry that currently carries an oversized carbon tally.

RELATED: With EV Battery Prices Dropping 87% in a Decade, Tesla is Now Making a Car That Will Cost $25,000

When fully extended, the OceanBird’s upright, wing-like sails stand a mighty 262 feet (80 meters) tall and use the power of rushing air to propel the ship forward—crucially achieving a speed nearly matching that of ships powered by fossil fuel.

New software advancements will utilize mathematical algorithms to calculate when and how to adjust the ship’s sails to maximize its speed on a continuous basis. With the help of these ongoing assessments, the OceanBird will reach up to 10 nautical miles per hour (knots) to make a cross-Atlantic trip in 12 days.

POPULAR: This California Highway Has Just Become the First State Road Made From Recycled Plastic in the US

Fossil fuel cargo ships often complete the journey in 8 days—but companies hauling freight in the traditional way would need to calculate a heavy carbon footprint for their goods.

To help smooth out each voyage, Wallenius Marine reports that a clean fuel system synced to an auxiliary engine will move the ship in and out of harbors. This will open up the possibility of using the technology in the cruise ship industry—albeit not in the near future.

The company is still firmly in the design phase, testing smaller models. However, the Swedish collaboration, which includes KTH (Royal Institute of Technology) and SSPA, a naval technology company, is supported by the Swedish Transport Administration, which is acting as a co-financier, and, together, they are eyeing a 2024 roll-out, after taking orders in 2021.

Anywhere we move heavy-duty ships across the oceans or large waterways, eco-friendly sailing can make a significant impact—and investors hope that OceanBird, with its 90% reduction in carbon emissions, will be an important part of this equation.

SAIL This Design Marvel to Green Friends on Social Media…

Hoarding and herding during the COVID-19 pandemic: The coronavirus pandemic has triggered some interesting and unusual changes in our buying behavior

‘Dramatic’ Plunge in London Air Pollution Since 2016, When Mayor Cracked Down