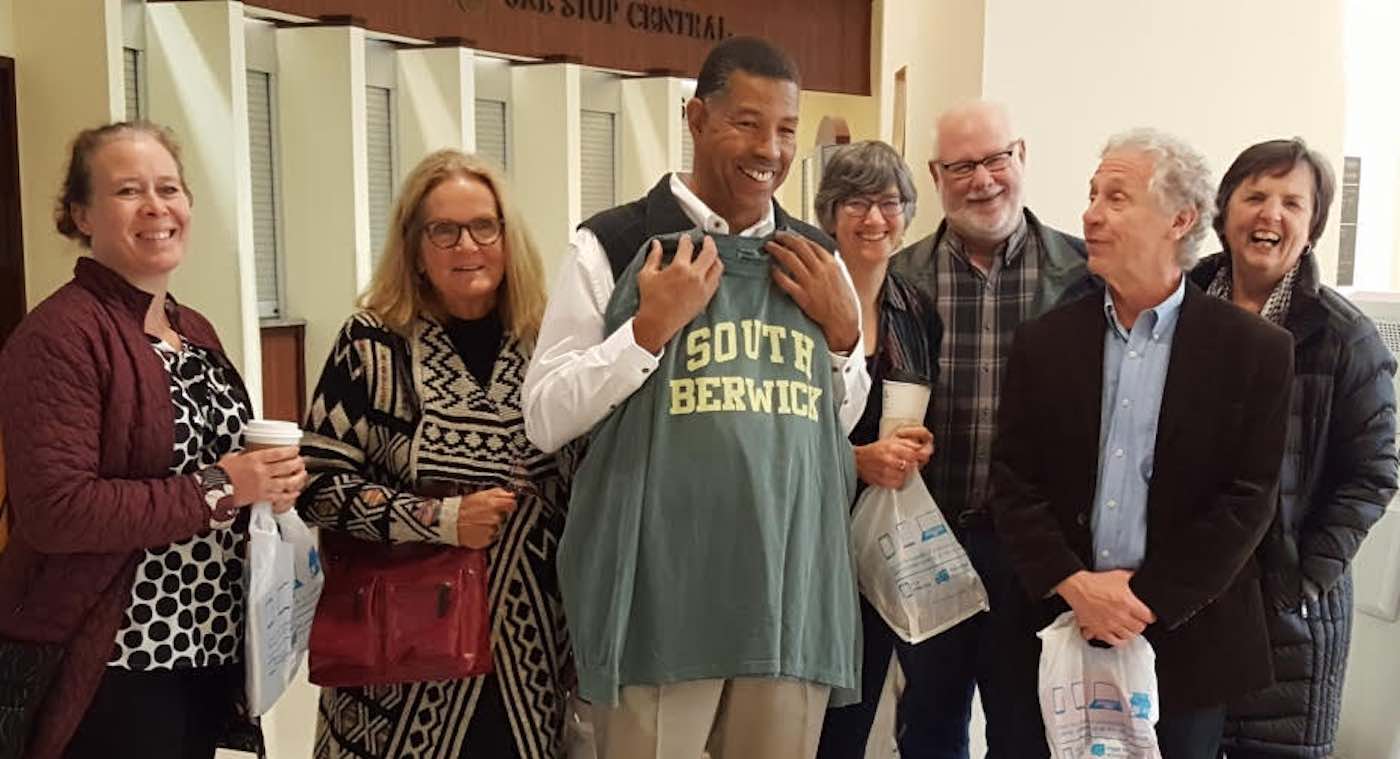 Two American towns, one White and one Black, became sister cities in 2017, and continue to celebrate the racial healing, new friendships, and growing understanding and kinship between the two vastly different communities.

The effort began in 2016 when residents in South Berwick, Maine, looked for a way to play a role in racial problems tearing apart the nation.

“We knew that depending on media, movies, and stereotypes was not a good way to broaden our understanding of African-Americans or heal 400-year-old divides,” Amy Miller told GNN.

Four years ago, South Berwick residents searched Wikipedia for a town in similar size that was predominantly African-American.

“We were excited when we found Tuskegee, Alabama on the list, aware of its rich history that includes the pride of the Tuskegee Airmen,” said Millar. “This history, which also includes being a launching-pad for voting rights and civil rights progress, gave students and adults in Maine a chance to learn about our nation’s history from people who lived through it.”

They were hopeful, but not confident, that Tuskegee would say yes. In April 2017 their municipal council unanimously adopted the sister city relationship.

RELATED: When Black Man Was Afraid to Walk in His Upscale Community, 75 Neighbors Walked With Him

The following year, nine Maine residents traveled to Tuskegee to launch the relationship and give it some real person-to-person meaning.

“We were given the red carpet treatment hearing concerts and getting personal tours. We also engaged in rich but hard discussions of race in this country.”

Maine folks who had never spent real time with Black people in their entire lives now have Black friends whom they’ve have hosted in their homes. Women whose husbands worried they would not be safe on a visit to Tuskegee spent four days there, building friendships, breaking bread, visiting schools, and getting over fears.

CHECK OUT: Since Leaving the KKK, This Veteran Now Spends His Time Volunteering for Anti-Hate Mission

In the spring of 2018, the mayor of Tuskegee, Ala., and eight other residents of his city traveled north to eat lobsters, see the rugged Atlantic coast and spend four nights in the homes of strangers in South Berwick.

“Although we are still a town of White people who have only a small idea what it means to be black in America, we are a very different community than we were before our relationship with Tuskegee began.”

In an effort to influence young people in 2019, South Berwick’s school district invited Tuskegee historian Guy Trammel to spend a week in their schools – grades K through 12 – talking about his town, his own personal experience with the Civil Rights Movement and everything from the Tuskegee Airmen to the Voting Rights Act. He stayed in the school librarian’s home and met with teachers, community members, and town leaders.

The relationship built with Tuskegee left South Berwick experiencing this summer’s racial tension in a very different way than they would have before.

On June 6, the Maine town of about 7000 people held a Sister City Solidarity walk through town that drew 300 people, including the police chief—and ran a full page ad in the Tuskegee News.

And to keep the dialogue going, two journalists, one from South Berwick and one from The Tuskegee News, now write a joint column—each from their own perspective—which are published in both hometown papers every other week.

RELATED: Black Protestor is a Hero After Carrying Injured White Counter-Protestor to Safety: ‘It’s not black vs white’

Their latest project, Together We Vote, was one more opportunity to work together as two towns. With the COVID-19 restrictions, they met on Zoom—a call that drew 150 people.

“No one wanted to leave the virtual room,” exclaimed Miller. “And afterward, one person after another from both communities said they felt a spark of hope in these dark times, and asked, ‘What can we do now?’”