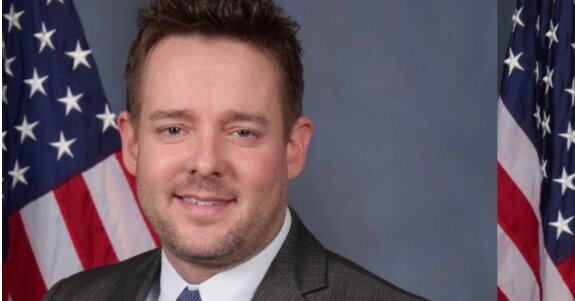 Sgt. Jonathan Mattingly is seeking damages for the trauma, pain and anguish he experienced as a result of his participation in the failed raid that left Breonna Taylor dead.Credit…Louisville Metro Police Department

One of the three police officers involved in the fatal shooting of Breonna Taylor has sued Ms. Taylor’s boyfriend for assault and battery, the latest development in a case that electrified this year’s widespread protests for racial justice.

In a court document filed on Thursday, counsel for the officer, Sgt. Jonathan Mattingly, said he should be entitled to compensatory damages for the medical treatment, trauma, physical pain and mental anguish he experienced as a result of the night Ms. Taylor died.

When three white police officers raided Ms. Taylor’s Louisville, Ky., apartment on March 13, her boyfriend, Kenneth Walker, fired a shot that wounded one of the officers in the leg, the police said. When the wounded officer, Sergeant Mattingly, fired back, the bullet missed Mr. Walker, who ducked, but hit Ms. Taylor, who was standing beside him, Sergeant Mattingly’s lawyer said in a court filing.

Prosecutors initially charged Mr. Walker, 27, with attempted murder but dropped the charges in May. Mr. Walker, who said he fired the shot because he feared an intruder, then sued the Louisville Metro Police Department and the city of Louisville and sought immunity based on a state law that permits the use of reasonable force, including deadly force, to protect against intruders in one’s home.

Steve Romines, Mr. Walker’s lawyer, said on Friday that the charges were baseless.

“This is the latest in a cycle of police aggression, deflection of responsibility and obstruction of the facts in what is an obvious cover-up,” Mr. Romines said. “If Kenny can be sued for defending himself, make no mistake, all lawful gun owners’ rights are at risk. And that should scare everyone.”

Kent Wicker, Sergeant Mattingly’s lawyer, said in a statement on Friday that Mr. Walker had almost killed his client.

“He’s entitled to, and should, use the legal process to seek a remedy for the injury that Walker has caused him,” Mr. Wicker said.

Ms. Taylor’s death came two months before the death of George Floyd in police custody and just weeks after Ahmaud Arbery was killed by armed white men while he was jogging. The death of Ms. Taylor, a 26-year-old Black woman, became a rallying cry for tens of thousands of protesters who took to the streets in the spring and summer to call for justice.

Unlike in the cases of Mr. Floyd and Mr. Arbery, whose deaths were captured on video, Ms. Taylor’s death was not filmed — the Louisville police officers who raided her home were not wearing body cameras — and some of the details around the shooting were unclear.

In September, a grand jury weighing evidence in the case did not charge two of the officers who shot at Ms. Taylor multiple times. The third officer, Brett Hankison, was indicted on charges of reckless endangerment for firing into a neighbor’s apartment.

Mr. Hankison was the only officer dismissed because of the case. No one was charged for causing the death of Ms. Taylor. No drugs were found in her apartment the night of the raid.

After the grand jury decision was announced, demonstrators poured into the streets of Louisville, Chicago, New York and other cities to protest the decision, which, they said, did not adequately hold the police accountable for Ms. Taylor’s death.

Last month, in an email to his colleagues, Sergeant Mattingly railed against the Police Department’s command staff, the mayor and the F.B.I.

“It’s sad how the good guys are demonized,” he wrote, “and criminals are canonized.”

Extinction Watch: Saving the Macaw, one headdress at a time

As Trump Rails Against Loss, His Supporters Become More Threatening