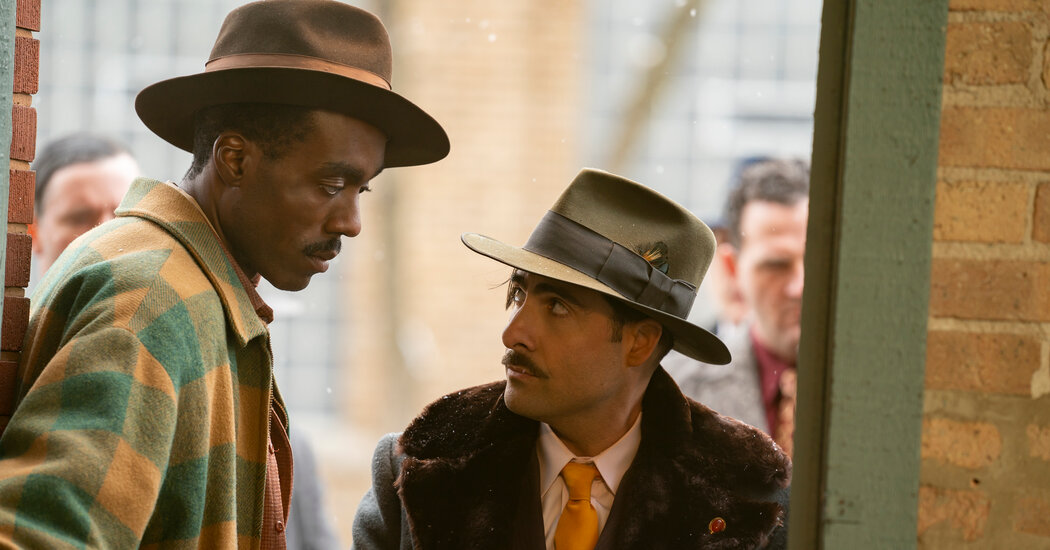 Josto’s pettiness and amateurism lead him to make some very risky decisions.

What if Michael Corleone hadn’t been up for the job?

That’s the question that hangs over “The Godfather” after Vito Corleone (Marlon Brando), the don of the Corleone crime family, dies of a heart attack and Michael (Al Pacino) takes the helm. At that point in the film, there’s ample evidence that Michael is a shrewd and coolheaded decision maker, but he’s also the youngest of Vito’s sons and the most removed from the business, having served as a Marine in World War II and started a life with a woman who wants nothing to do with it. He is thrown into a feud among the “Five Families” of New York and coolly arranges a coordinated series of killings during a baptism.

“Fargo” wonders what might have happened if Michael Corleone had been every bit as vulnerable as his adversaries might have assumed. Because the Faddas don’t have a Michael. The Faddas have a Sonny (James Caan) in Gaetano, a macho thug who acts impulsively and violently to any perceived threat, and they have a Fredo (John Cazale) in Josto, whose weakness manifests itself as lethal ineptitude. Josto is the capo, but he’s incapable of confronting problems directly, leading to a lot of behind-the-scenes machinations that wind up blowing up in his face. He’s like a would-be puppet master who keeps tangling up the strings.

There haven’t been many deep connections between this season of “Fargo” and the Coens’ film, beyond maybe the “Minnesota nice” qualities of Oraetta Mayflower, who’s a conspicuous out-of-towner in its Kansas City setting. But Josto embodies a common Coen type: the criminal dilettante who is undone by his own pettiness and amateurism. He and Gaetano are both sources of senseless violence, all of which has softened the Faddas’ edge over the Cannons, who are outmanned and at a severe cultural disadvantage. And this week, Josto’s mistakes continued to pile up.

In this mostly lively episode, Josto and Loy are frequently juxtaposed for their leadership styles and their decision-making, which usually result in forcing Loy to try to sort through Josto’s missteps. For example, Josto’s plan to have one of his henchmen execute Loy’s son Satchel predictably failed, but his solution is to dig a deeper hole for himself. He tells Loy the boy is dead, pinning the blame on Gaetano’s right hand, Constant Calamita, in the hope that the Cannons will take on the ugly business of killing Calamita themselves. Never mind that the lie about Satchel’s death will almost certainly result in pushing Loy to kill the Italian boy they adopted as collateral in the original deal between the two families. Josto’s true war is with his brother, and he wants the Cannons to fight it for him.

But Loy is a pragmatist. In fact, the only time he flashes violent here is in defense of his own pragmatism, when Leon suggests killing Gaetano and going to war with the Faddas. He seems to believe that Satchel is dead, but he can’t bring himself to strangle the boy’s Italian counterpart in the bathroom, and he sees some value in simply letting Gaetano go free, sensing that the brute will be more inclined to attack Josto than him. He also offers Swanee and Zelmare two tickets to Philly, which settles their beef over the heist nonviolently and neutralizes yet another threat against the Cannons.

Yet there are limits to Loy’s power and success that are out of his control. One small, crucial moment in the episode is when Loy encounters the Diners’ Club billboard on the side of a building. He had an idea that would have not only made him extravagantly wealthy but also given him access to legitimate power, a safe exit from the volatility of the alternate economy. That idea was plucked by white bankers of much higher cultural standing, but much more limited imagination. He can make all the right decisions, but there’s a hard ceiling on how far he can go.

“They can’t rise to our level, so they’ve got to drag us down to theirs,” Loy grouses to Odis about the Faddas. “If I get in the dirt like them, it means they were right the whole time.” In an episode that sets Loy and Josto up for comparison, there can be no doubt that Loy is the craftier of the two, with good instincts and a fuller understanding of what power he does and does not have. But that billboard is a reminder that he may be doomed to fail no matter what he does. The Faddas may fumble their way to legitimacy one day. The game is rigged against the Cannons.

Don’t Fool Yourself. Trump Is Not an Aberration.

For Spring, Protective Layers That Are as Vivid as They Are Joyful

Tiny Architect-Designed Houses to Build at Your Desk