Don’t Fool Yourself. Trump Is Not an Aberration. 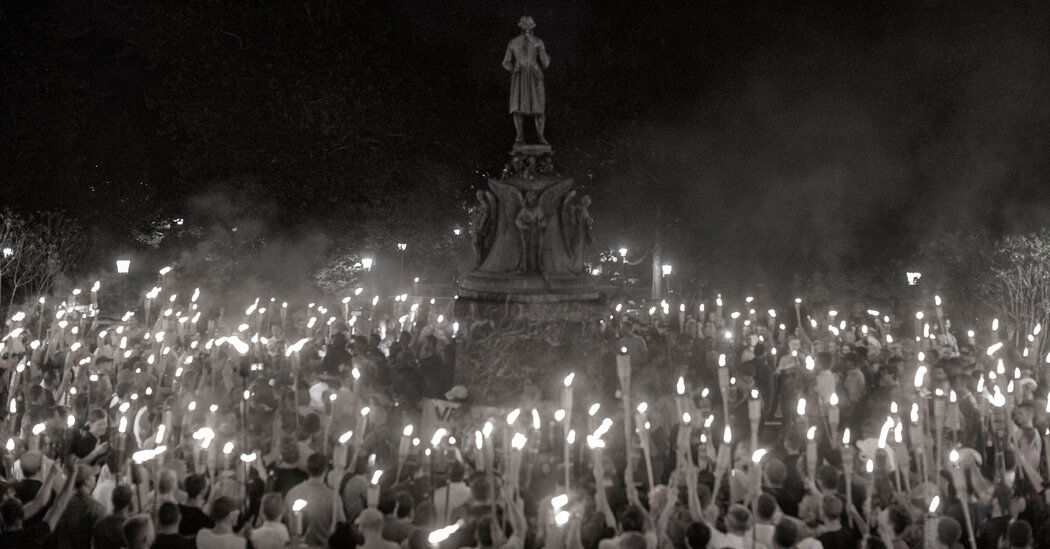 For many millions of Americans, the presidency of Donald Trump has been a kind of transgression, an endless assault on dignity, decency and decorum. They experience everything — the casual insults, the vulgar tweets, the open racism, the lying, the tacit support for dangerous extremists and admiration of foreign strongmen — as an attack on the fabric of American society itself. And they see the worst of this administration, like separating children from their families at the border, as an unparalleled offense against the values of American democracy.

There’s no question these are useful beliefs — they are responsible for the mass outrage against Trump at the beginning of his term, the wave against the Republican Party in the 2018 midterm elections and the currently strong anti-Trump energy of at least half of the voting public — but it’s hard to say they are true ones. Trump is transgressive, yes. But his transgressions are less a novel assault on American institutions than they are a stark recapitulation of past failure and catastrophe.

For as much as it seems that Donald Trump has changed something about the character of this country, the truth is he hasn’t. What is terrible about Trump is also terrible about the United States. Everything we’ve seen in the last four years — the nativism, the racism, the corruption, the wanton exploitation of the weak and unconcealed contempt for the vulnerable — is as much a part of the American story as our highest ideals and aspirations. The line to Trump runs through the whole of American history, from the white man’s democracy of Andrew Jackson to the populist racism of George Wallace, from native expropriation to Chinese exclusion.

And to the extent that Americans feel a sense of loss about the Trump era, they should be grateful, because it means they’ve given up their illusions about what this country is, and what it is (and has been) capable of.

There is very little about Donald Trump or his policies that doesn’t have a direct antecedent in the American past. Despite what Joe Biden might say about its supposedly singular nature (“The way he deals with people based on the color of their skin, their national origin, where they’re from, is absolutely sickening”), the president’s racism harkens right back to the first decades of the 20th century, when white supremacy was ascendant and the nation’s political elites, including presidents like Woodrow Wilson, were preoccupied with segregation and exclusion for the sake of preserving an “Anglo-Saxon” nation.

Image White supremacists marched at the University of Virginia in Charlottesville in 2017.Credit…Edu Bayer for The New York Times

Trump’s indifference to the pandemic is, in the same way, an echo of the Hoover administration, which stood by as the country was crushed by economic depression and the immiseration of millions of Americans. It is impossible (for me at least) to think about child separation without also thinking about chattel slavery and the nation’s vast trade in enslaved people, conducted over decades under three generations of American presidents, including men like James Polk, who — decades removed from planter-politicians like George Washington, Thomas Jefferson and James Monroe — bought and sold human beings from the White House.

The president’s personal corruption is unique — there’s never been someone in the White House so clearly committed to the most petty forms of graft — but his lawlessness (and that of his administration) is the direct outgrowth of a contempt for accountability that stretches across four decades of Republican presidencies, from Richard Nixon to George W. Bush. Trump does nothing more than embody Nixon’s quip to David Frost that “when the president does it … that means that it is not illegal.” And in that, he’s backed by deputies like Attorney General William Barr, who on his first turn through Washington helped cover up Iran-contra for Ronald Reagan and George H.W. Bush, and who is now, under Trump, ready to abuse the law for the sake of the president’s re-election.

Trump has helped bring ugly forces out into the open, giving aid and comfort to assorted racists and white nationalists. Yet it’s also true that these groups and individuals have always been with us and that our focus on Trump betrays a lack of attention to the ways in which they’ve grown and changed over time, waiting for a moment like this one.

Read the catalog of horribles for Donald Trump and his White House and what you find is an administration that has embraced the worst aspects of our political culture and merged them into a potent brew of destruction, lawlessness and authoritarianism. But to recognize this is to see as well how it doesn’t make sense to say that Trump is an aberration from the mainstream of American life. Instead, he is the exclamation point on our consistent failure to live up to our own self-image.

Perhaps more than most, Americans hold many illusions about the kind of nation in which we live. We tell ourselves that we are the freest country in the world, that we have the best system of government, that we welcome all comers, that we are efficient and dynamic where the rest of the world is stagnant and dysfunctional. Some of those things have been true at some points in time, but none of them is true at this point in time.

What Trump has done is made it difficult to maintain the illusion. Whenever he finally leaves the scene, we can either take the opportunity to look with clear eyes and assess this country as it is and as it has been or again seek the comfort of myth.

How Georgia Turned From Reliably Republican to Political Ground Zero