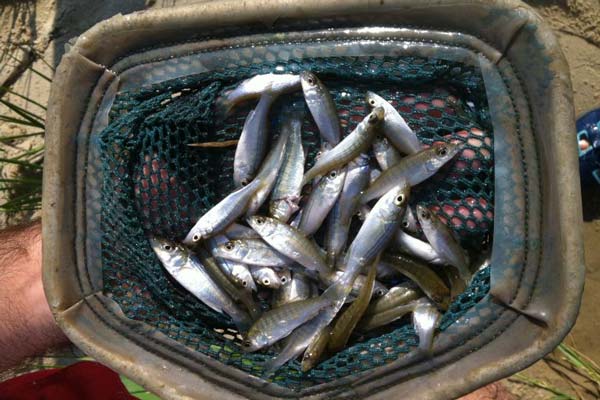 For the second year in a row, the Chesapeake Bay survey reveals poor reproduction for striped bass.

The Maryland Department of Natural Resources announced results of the most recent juvenile striped bass survey, which tracks the reproductive success of the state fish in Chesapeake Bay. The 2020 young-of-year striped bass index is 2.5, below the long-term average of 11.5.

Although the size of the striped bass population has decreased recently, the number of mature fish is not believed to be a limiting factor in reproduction. Striped bass are known for highly variable annual reproduction that is often influenced by environmental factors. Other species with spawning strategies similar to striped bass such as white perch, yellow perch, and river herring also experienced lower reproductive success.

“We have implemented sound conservation measures to enhance the striped bass population in recent years and will continue to monitor and protect this important and iconic resource,” said Bill Anderson, Department of Natural Resources assistant secretary for Aquatic Resources. 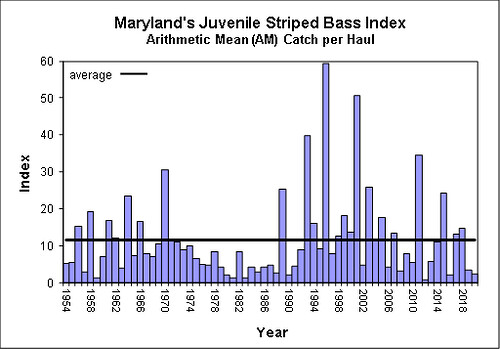 The Department of Natural Resources has monitored the annual reproductive success of striped bass in Maryland’s portion of Chesapeake Bay since 1954. During the survey, biologists collected more than 36,000 fish of 59 different species, including 327 young-of-year striped bass.

The Virginia Institute of Marine Science conducts a similar survey in the southern portion of Chesapeake Bay.