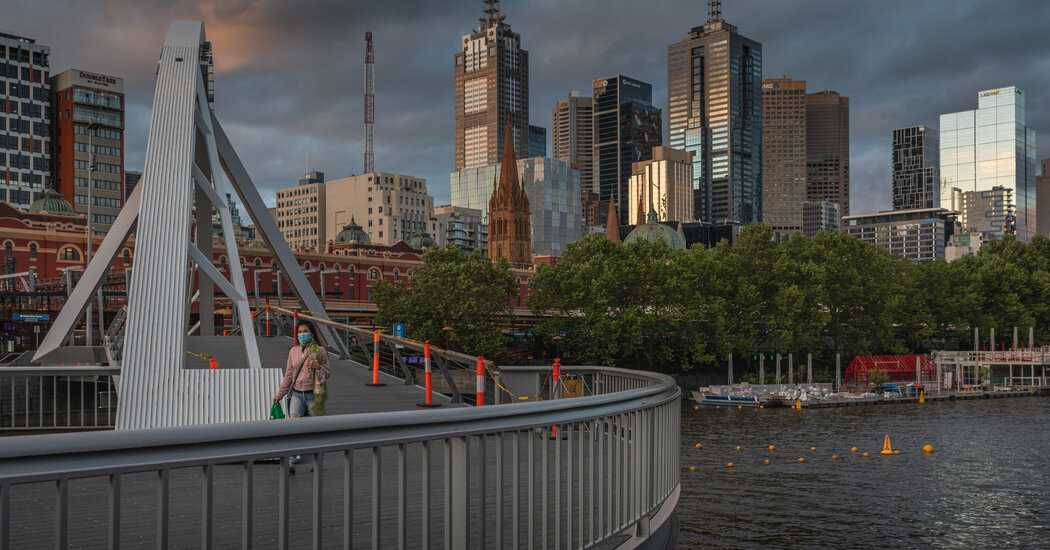 They used to call it “the tyranny of distance.”

Australia’s remoteness was something to escape, and for generations, the country that hates being referred to as “Down Under” has been rushing toward the world. Trade and immigration made Australians richer than the Swiss, creating a culture where life can be complete only with overseas trips and imported purchases.

Until the pandemic. The virus has turned this outgoing nation into a hermit. Australia’s borders are closed, internationally and between several states. Its economy is smaller, and its population growth has fallen to its lowest rate in more than 100 years.

Rather than chafing against isolation, though, many Australians these days are focusing on what they love about their country. Island living looks like a privilege when the world is pestilent. Those gnawing questions about travel, recession and the loss of global experience are being shoved down, below a more immediate appreciation for home and a search for silver linings.

Australia, a country of about 25 million people, has recorded about 28,000 coronavirus infections and fewer than 1,000 deaths. In dozens of interviews, Australians have said they’re quite happy with their country’s response to the pandemic. Even with travel rules so strict they seem like something out of China or North Korea. Even with a 111-day lockdown in Australia’s second-largest city of Melbourne, which just finally ended. Even when the people kept away are grandparents longing to see new grandchildren.

That’s the case for Jane Harper, a best-selling novelist in Melbourne whose parents in Britain haven’t been able to see her second child.

“We’ve all worked so hard to keep our cases down, and that’s such a fragile, precious thing that I can completely understand the strong urge to protect it,” Ms. Harper said. “My desire to see my parents, does that outweigh my desire to never go into lockdown again?”

“It’s not my decision to make,” she said. “But nationally that’s the question we are all asking ourselves.”