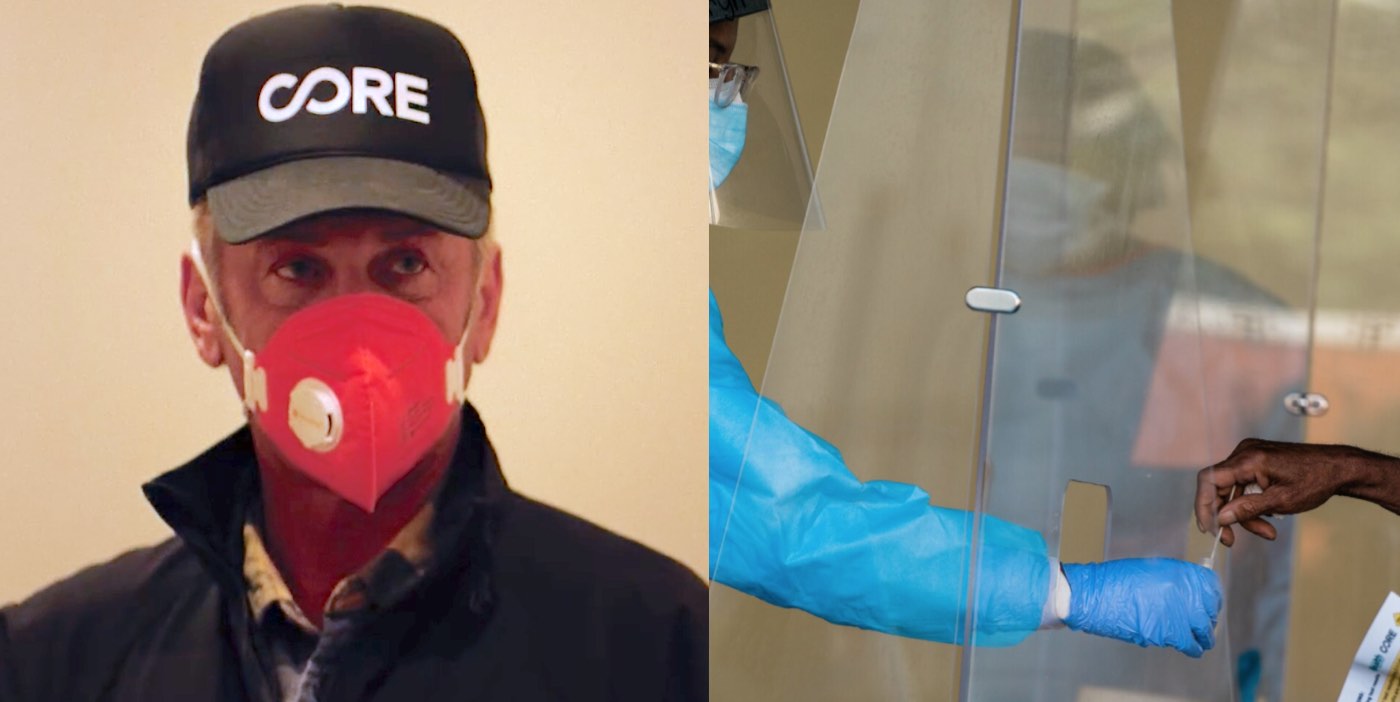 It’s been ten years since Hollywood A-lister and philanthropist Sean Penn mobilized a huge team of volunteers to rebuild Haiti after an earthquake claimed 250,000 lives. His nonprofit, CORE, is still there today, with 150 people working with local communities.

Now his own country needs help, and CORE—formerly J/P Haitian Relief—has stepped in to do the valuable work of testing for COVID-19, free of charge, in communities across the country.

They’ve already completed 530,000 tests, and maybe just as importantly, freed up firefighters to get back to their regular duties.

After he learned that the testing stations were being manned by firefighters in Los Angeles, Penn says CORE was able to leverage “existing infrastructure” and send in trained volunteers to practically take over the city’s testing program.

LA Mayor Eric Garcetti told Penn they could use the help, and Governor Gavin Newsom was on-board, so the firefighters were relieved—and the operation was soon expanded to other cities in California.

WATCH: Cast of ‘Parks and Rec’ Raises $3M for COVID Relief After Reuniting for Quarantine Episode

“The Los Angeles fire department had already set up several of these [testing] sites, but they were populated by firefighters, meaning that those firefighters would not be available to do their traditional duty,” Penn told Tonight Show Host Jimmy Fallon by video. “There was about 25 firefighters operating those sites, now the sites are manned by between 25 and 70 CORE staff [per site].”

CORE is also providing free testing in the California cities of Bakersfield, Oakland, and Napa, and now has expanded to Atlanta, Georgia, New York City, New Orleans, Detroit Chicago, and the Nation of the Navajo.

A longtime Liberal activist, Penn told Fallon that he is not only ‘pro-test’, he is ‘pro-protest’, and has set up a mobile coronavirus testing station for protesters in Washington D.C.

“I’ve got a lot of superheroes working with me,” crowed Penn.

Explaining his enduring penchant for civic volunteer and nonprofit assistance work, Penn told Fallon that he acquired the spirit and sense of civic duty from his father—a spirit which he says he aspires to every day.

CORE is 501(c)3 organization, so all donations are tax-deductible in the U.S. You can donate to Penn’s work, or get information on how to volunteer with CORE on its website.

SHARE The Inspiring Work With Your Friends on Social Media…

“Junior republics,” a unique concept in the history of American childhood