The Best Movies and TV Shows New to Netflix, Amazon and Stan in Australia in November 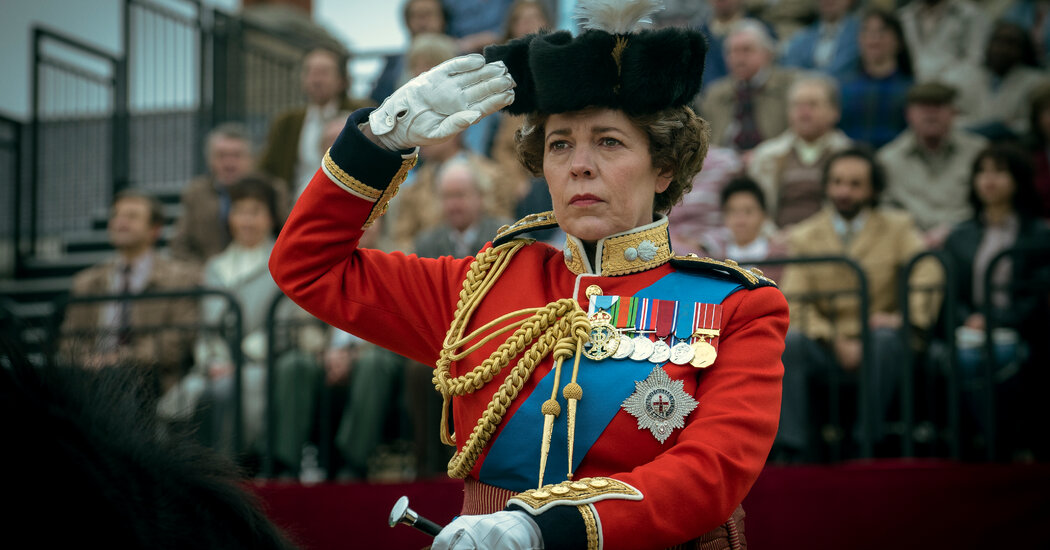 Our streaming picks for November, including ‘The Crown,’ ‘Hillbilly Elegy’ and ‘Small Axe.’

Every month, streaming services in Australia add a new batch of movies and TV shows to its library. Here are our picks for November.

The four-part series “Wrong Kind of Black” is based on the experiences of Boori Monty Pryor as a young adult, in the years before he became renowned for using spoken-word performances and children’s books to explain Australian Aboriginal culture to kids. In the 1960s and ’70s, Pryor worked to make his name as a DJ, spinning R&B and disco to audiences who loved the music of Black Americans, but who nevertheless discriminated against Black Australians. Clarence Ryan plays Pryor — and Aaron McGrath his brother Paul — in this lighthearted but pointed social dramedy, set partly in the rowdy urban club scene of 50 years ago.

Many movie and TV buffs first got to know the actors James Van Der Beek, Michelle Williams, Joshua Jackson and Katie Holmes during the six seasons they spent on “Dawson’s Creek” between 1998 and 2003, playing four friends managing the growing pains of high school and college. Created by Kevin Williamson — a writer unusually attuned to the uncomfortably adult feelings and problems of teenagers — the show balanced the usual young adult romantic melodrama with rich character development, making each of these kids’ dreams and disappointments feel vividly real.

When two precocious and nerdy New York teenagers are left at home by their families over Christmas break, they become acquainted at a distance by hiding notes, leaving clues and challenging each other to a series of dares and games around the city. That’s the premise of “Dash & Lily,” a TV series based on a young adult novel by Rachel Cohn and David Levithan. The episodes alternate between the two lead characters, showing that the cynical Dash (Austin Abrams) and the sunnier Lily (Midori Francis) may have similar tastes in literature and music, but remain far apart when it comes to the wonders of the holiday season.

On their popular YouTube channel — and podcast, and live shows, and multiple web series — the Australian comedy troupe Aunty Donna have put their own twist on Monty Python-style absurdism. A typical sketch has the teams’s core performing trio (Mark Samual Bonanno, Broden Kelly and Zachary Ruane) sharing an ordinary encounter like a meal or a bit of casual chit-chat, which quickly warps into something dark and strange— or sometimes just gleefully silly. The group will be working on a somewhat larger scale for their six-part Netflix series “Aunty Donna’s Big Ol’ House of Fun,” so it’ll be exciting to see what they come up with when they have more money to spend.

One of the more high-profile holiday offerings from Netflix this year, the fantastical musical “Jingle Jangle: A Christmas Journey” features songs by John Legend, who’s also one of the project’s producers. Written and directed by David E. Talbert, the movie stars Forest Whitaker and Keegan-Michael Key as rival toymakers: one a genius who struggles to make ends meet, and the other rich and unscrupulous. It’s a traditional underdog story, but filled with magical Christmas gadgetry and some warm Yuletide tunes.

Two long-awaited major characters enter Queen Elizabeth II’s orbit for the fourth season of the historical drama “The Crown”: Prime Minister Margaret Thatcher (Gillian Anderson) and Lady Diana Spencer (Emma Corrin). This time the show will dramatize the late ’70s and early ’80s, a time when Queen Elizabeth (Olivia Colman) dealt with another round of family scandals just as her country suffered from an economic downturn and widespread social unrest. The creator Peter Morgan has been telling these stories in two-season arcs, so these will be the last episodes with Colman as the queen. (May God save her.)

‘Dolly Parton’s Christmas on the Square’Credit…Netflix

‘Dolly Parton’s Christmas on the Square’

Here’s another big new Netflix Christmas musical with a pop powerhouse in the credits. Dolly Parton wrote the songs for “Christmas on the Square” and also plays an angel who tries to persuade a sourpuss landlord (played by the delightful Christine Baranski) not to drive the residents of a quaint, snowy small town out of their homes. Treat Williams and Jenifer Lewis play two of the villain’s oldest friends who also try to get her into the holiday spirit, amidst many colorful song-and-dance numbers.

The author and activist J.D. Vance survived a tough childhood in a working class Ohio town, where he was surrounded by poverty and addiction. He later wrote about the experience in the best-selling memoir “Hillbilly Elegy,” which has now been adapted into a movie by the Oscar-winning director Ron Howard and the screenwriter Vanessa Taylor. Gabriel Basso plays Vance, Glenn Close plays the hard-nosed grandmother who taught him the value of work, and Amy Adams plays the mother who was a destabilizing presence in his life.

Organized crime these days is an international operation that involves the cooperation of crooks, mercenaries and politicians from all over the world. So despite its name, the mob drama “Gangs of London” doesn’t just stay put in England. This sprawling and stylish series — cocreated by Matt Flannery and “The Raid” director Gareth Evans — is ostensibly about the internal power-struggle that ensues when an old-school syndicate boss gets assassinated. But there’s trouble outside the family too, as gunmen and schemers from across Europe, Asia and Africa jostle for position, in a story with a complex plot interspersed with dynamic and explosively violent action sequences.

Science-fiction-inspired comedies have had a bit of a bad run in 2020, with the disappointing “Avenue 5” and the inert “Space Force” letting down fans of their talented creators and casts. But there’s still reason to hope for the best from “Moonbase 8,” a bone-dry sitcom about NASA washouts who’ve agreed to isolate in a desert training facility to prove they’re fit for space travel. The would-be astronauts are played by Fred Armisen, Tim Heidecker and John C. Reilly, who also co-wrote the series with Jonathan Krisel (a fellow master of sublimely odd humor).

Ronald Reagan has had a lasting impact on the U.S.A., where politicians still ape his folksy charisma and his nostalgic appeals to the ideals of American individualism. Yet the realities of the Reagan administration — both good and bad — sometimes get lost in the rush to turn him into a symbol. The director Matt Tyrnauer’s four-part docu-series “The Reagans” is intended as a corrective. With the help of insider interviews, Tyrnauer aims to explore the behind-the-scenes debates and personality clashes behind some of the President’s best and worst policy decisions.

‘Saved By the Bell’

A lot of nostalgic TV revivals try to replicate not just the premise but also the look and the feel of the originals. The new version of the ’90s teen sitcom “Saved By the Bell” brings back a lot of the original cast, now playing the parents to the latest batch of students at California’s Bayside High. But judging by the early trailers, it has a very different visual style. (Plus, the characters now make self-referential jokes, more in line with a show overseen by “30 Rock” and “Great News” writer Tracey Wigfield.) The series’ goals don’t seem that far off-model though. This “Saved By the Bell” will still use light comedy and soapy drama to tell stories with social relevance.

One of the more underrated American TV dramas of the 2010s, the low-key “Rectify,” is about Daniel Holden (Aden Young), a man released from prison after spending nearly 20 years behind bars for a rape and murder he was accused of committing as a teenager. Upon returning to his tiny hometown in the state of Georgia, Daniel tries to win back his neighbors’ trust, while proving that he’s not the villain they presume. Created by the great character actor Ray McKinnon, “Rectify” is a sensitively rendered character sketch about a man struggling to be his best self, in a world he barely recognizes.

Part travelogue, part reality competition and part adorable animal show, “The Pack” features a dozen dogs and their humans, who team up to complete various physical and mental challenges around the world. The U.S. Olympic ski champion Lindsey Vonn hosts and sets the tone with her intro, which emphasizes both the thrill of a grand outdoor adventure and the deep bond between pets and their masters. What results is something a little like “The Amazing Race,” but with cute pooches in tow.

The filmmaker Steve McQueen (best-known for the Oscar-winning “12 Years a Slave”) grew up in London at a time when immigrants with West Indian roots were at the center of a raging national debate over England’s growing multiculturalism. McQueen’s anthology series “Small Axe” (co-written with Alastair Siddons and Courttia Newland) tells five different stories, set between the late 1960s and the early ’80s. Each covers aspects of life in the city’s West Indian communities, documenting everything from the vibrant house parties to the persistent clashes with the local constabulary. Each chapter stands alone, but collectively they paint a bigger picture about a moment in time when a country had to reckon with its rapid demographic changes.