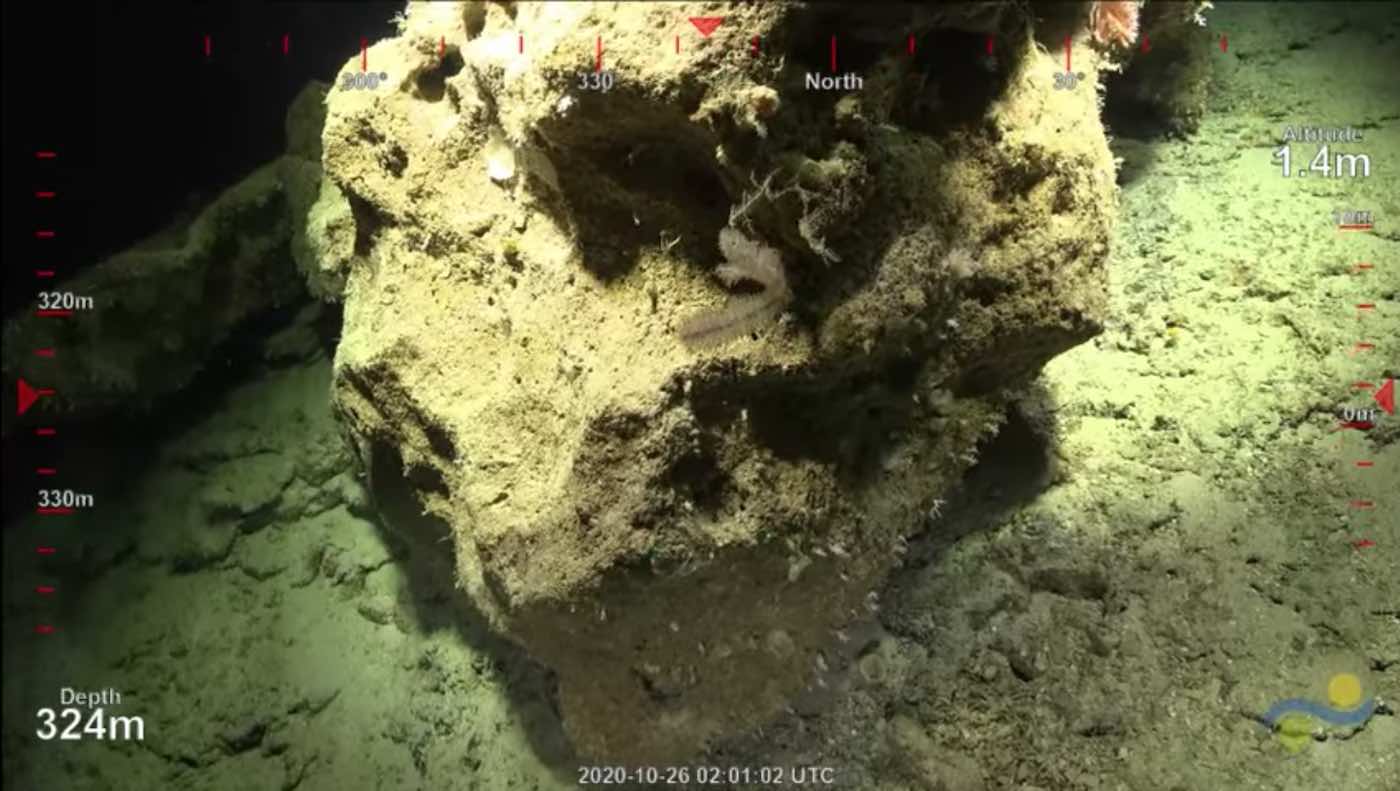 Scientists have discovered a massive detached coral reef that stands taller than the Empire State Building—and it is the first reef to be discovered in over 120 years.

The Schmidt Ocean Institute made their groundbreaking discovery earlier this week when they found the natural structure in the Great Barrier Reef.

Measuring more than 500 meters high (1,600 feet) high—which is also taller than the Sydney Tower and the Petronas Twin Towers—the reef was discovered by Australian scientists aboard the institute’s research vessel Falkor, currently on a 12-month exploration of the ocean surrounding Australia.

The reef was first found on October 20th as a team of scientists led by Dr. Robin Beaman was conducting underwater mapping of the northern Great Barrier Reef seafloor. Several days later, the team conducted a dive using the Schmidt Ocean Institute’s underwater robot SuBastian to explore the new reef.

The dive was live-streamed, with the high-resolution footage viewed for the first time and broadcasted on the Schmidt Ocean Institute’s website and YouTube channel.

The base of the blade-like reef is 1.5 kilometers (1 mile) wide before rising to its shallowest depth of only 40 meters (130 feet) below the sea surface.

LOOK: Scientists ‘Blown Away’ By Discovery of Longest Animal Ever Recorded—And It’s Quite Beautiful

This newly discovered detached reef adds to the seven other tall detached reefs in the area, mapped since the late 1800s, including the reef at Raine Island—the world’s most important green sea turtle nesting area.

“This unexpected discovery affirms that we continue to find unknown structures and new species in our Ocean,” said Wendy Schmidt, co-founder of Schmidt Ocean Institute. “The state of our knowledge about what’s in the Ocean has long been so limited. Thanks to new technologies that work as our eyes, ears and hands in the deep ocean, we have the capacity to explore like never before. New oceanscapes are opening to us, revealing the ecosystems and diverse life forms that share the planet with us.”

“We are surprised and elated by what we have found,” said Dr. Beaman. “To not only 3D map the reef in detail, but also visually see this discovery with SuBastian is incredible. This has only been made possible by the commitment of Schmidt Ocean Institute to grant ship time to Australia’s scientists.”

The discovery of this new coral reef adds to a year of underwater discoveries by the Schmidt Ocean Institute. In April, scientists discovered the longest recorded sea creature: a 45-meter-long siphonophore in Ningaloo Canyon, plus an additional 30 new species.

In August, scientists discovered five undescribed species of black coral and sponges and recorded Australia’s first observation of rare scorpionfish in the Coral Sea and Great Barrier Reef Marine Parks. And the year started with the discovery in February of deep sea coral gardens and graveyards in Bremer Canyon Marine Park.

“To find a new half-a-kilometer tall reef in the offshore Cape York area of the well-recognized Great Barrier Reef shows how mysterious the world is just beyond our coastline,” said Dr. Jyotika Virmani, executive director of Schmidt Ocean Institute. “This powerful combination of mapping data and underwater imagery will be used to understand this new reef and its role within the incredible Great Barrier Reef World Heritage Area.”

The Northern depths of the Great Barrier Reef voyage will continue until November 17th as part of Schmidt Ocean Institute’s broader year-long Australia campaign. The maps created will be available through AusSeabed, a national Australian seabed mapping program, and will also contribute to the Nippon Foundation GEBCO Seabed 2030 Project.

Reprinted from the Schmidt Ocean Institute

(WATCH the livestream discovery footage below…)

Boost Your Mood With Ep. #5 – Geri & Anthony and Your Emails on the Good News Gurus Podcast

Older adults with existing depression show resilience during the pandemic

Tiny Spacecraft is ‘Solar Sailing’ in Orbit Using Only Sunlight, a Revolution in Space Exploration