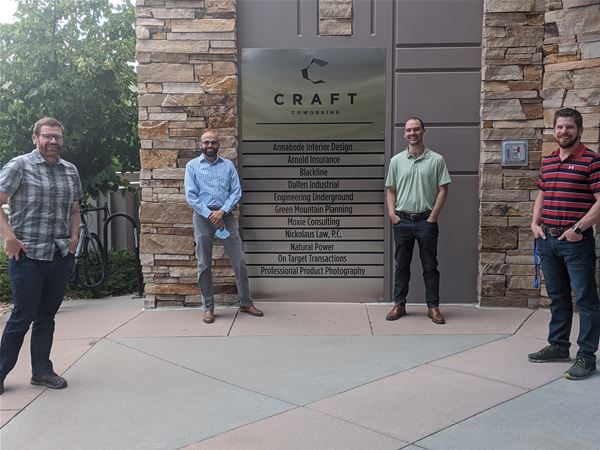 Jim Adams, Natural Power’s President of North American Operations, said: “we are thrilled to announce the expansion of Natural Power’s North American presence by opening our new Colorado office. The location near Denver provides easy access to much of the existing and future planned North American wind and solar fleet as well as providing our staff with a desirable place to live, work and play”.

“We have demonstrated 50% growth year on year, which outpaces the market in general. This not only reflects the healthy state of the renewable energy buildout underway in North America but also Natural Power’s growing reputation as a provider of reliable, expedient and efficient diligence reviews for project sponsors and investors alike.”

The City of Golden has a thriving business community and is rich in culture. It attracted its earliest settlers in the mid-19th century thanks to a small amount of gold discovered in Clear Creek, and quickly became an important supply stop for gold miners seeking their fortunes in the adjacent mountains.

Today, Golden is home to the National Renewable Energy Laboratory (NREL), and near the National Wind Technology Center. Additionally, the Denver metro area provides quick access to many of the nation’s renewable energy corridors including solar and wind projects located in the southwest as well as from Texas up to Minnesota.

In the past 12 months, Natural Power has supported more than 6GW of solar projects and the US-based advisory team provided technical due diligence on nearly 15GW of renewable project capacity within North America, including 11.5GW of late-stage, pre-construction wind projects. Delivering work for major sponsors, and tax and equity investors, Natural Power also continues to support due diligence on stand-alone storage facilities in major markets across North America including technical advisor roles.

About Natural Power
Natural Power is an independent consultancy and service provider that supports a global client base in the effective delivery of a wide range of renewable projects including onshore wind, solar, renewable heat, energy storage and offshore technologies. It has a global reach, employing more than 400 staff across 12 international offices. Its experience extends across all phases of the project lifecycle from initial feasibility, through construction to operations and throughout all stages of the transaction cycle.