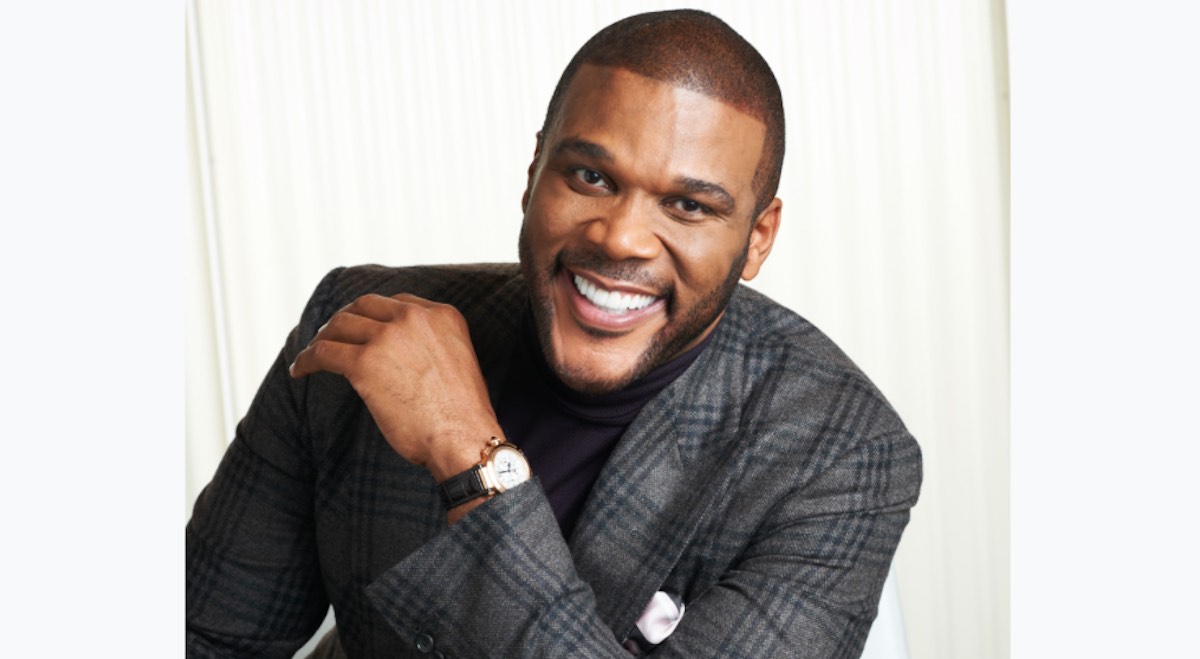 The actor and producer Tyler Perry is being recognized next month for his trailblazing work in entertainment, unwavering commitment to supporting charities, and for “inspiring empathy and progress for humankind.”

The renown philanthropist will be honored with “The People’s Champion of 2020” award at the E! People’s Choice Awards, which will be broadcast on Sunday evening, November 15.

“In a year of unrest and uncertainty, Tyler Perry proved a natural leader,” reads an E! News statement. “From his pioneering efforts in successfully, and safely, restarting production and creating jobs at Tyler Perry Studios, to personally supporting charities and families in need, he continuously inspires hope in people.”

Tyler Perry has made history on multiple accounts, from opening the largest privately owned motion-­picture studio in the U.S. to receiving a slew of prestigious accolades for his work. In 2020, Tyler once again made history by becoming one of the first filmmakers to safely resume filmmaking amid the COVID-19 pandemic by creating “Camp Quarantine” on the Tyler Perry Studios lot in Atlanta, GA, and was named one of TIME’s 100 Most Influential People of 2020.

After making history becoming the first African-American to own a major film studio outright, opening Tyler Perry Studios last year, he announced plans to build a shelter for disadvantaged youth and homeless women to be located on the new 330-acre film studio property in Atlanta, Georgia.

With box office successes like his long-running Madea film series, Perry became the richest man in Hollywood, and has produced 22 feature films and over 1,275 episodes of television.

During the Christmas season of 2018, he paid off $430,000 of layaway items at Walmart, and tried to do the good deed anonymously, but later was outed as the ‘Secret Santa’.

This year, amidst the coronavirus pandemic, he supported his local community by picking up the tab for all groceries purchased during senior shopping hour at 73 supermarkets. He also purchased grocery store gift cards for police to hand out to Atlanta communities in-need.

The “E! People’s Choice Awards” will be broadcast live from Barker Hangar in Santa Monica on Sunday, November 15 starting at 9:00pm EST.

Blood and politics in India