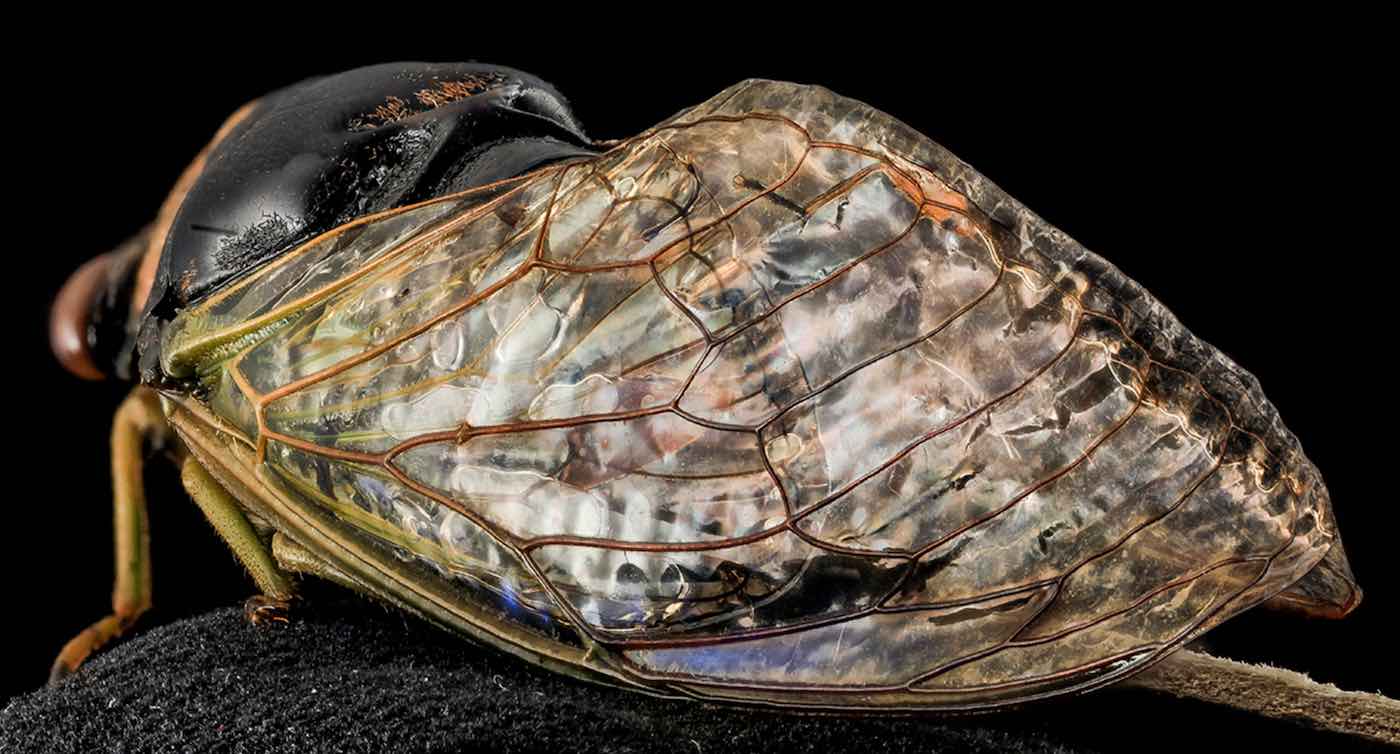 With concerns about viruses and bacteria at an all-time high, scientists have begun looking for new ways to deter their spread—and they are looking to the natural world with an eye towards copying nature’s designs.

One strategy has been to create surfaces so repellent to moisture that these microbes find nothing they can cling to. These surfaces are called hydrophobic (“water hating”), and researchers are looking to mimic naturally-occurring materials produced by animals that can repel water very effectively—and bacteria, too.

A team of researchers at the University of Illinois at Urbana-Champaign and the U.S. Army Corps of Engineers’ Construction Engineering Research Laboratory has identified a cheaper, faster way of producing these surfaces.

The lotus leaf is a particularly famous example of a hydrophobic material, but scientists have also found that cicada wings are naturally water repellent. Marianne Alleyne, an entomology professor at the University, has co-led a new study on how we may fabricate the same surface structure cheaply and quickly.

POPULAR: 14-Year-Old Girl Wins $25,000 For a Scientific Breakthrough That Could Lead to COVID-19 Cure

In the study published in Nano Letters, Alleyne and her colleagues presented a simplified version of a fabrication process called nanoimprinting lithography. With this process, the team designed a template for copying the wing structure of Neotibicen pruinosus, an annual cicada found in the central region of the United States.

“We chose to work with wings of this species of cicada because our past work demonstrates how the complex nanostructures on their wings provide an outstanding ability to repel water. That is a highly desirable property that will be useful in many materials engineering applications, from aircraft wings to medical equipment,” Alleyne said.

The team’s new process involves using cheaper materials—commercial nail polish, for example—rather than more expensive materials. The technique also avoids the higher temperatures that would harm the natural samples used by teams in the past.

To make the template, which can be copied and printed, the team applies a quick-drying nail polish directly to a cicada wing, which is then left to cure at room temperature. Once completed, the template can be coated with a polymer or metal, with the inside dissolved away, leaving only the replica metal or polymer.

This newer, simpler method is the first step toward inventing new ultra-hydrophobic surfaces with a variety of applications, the most important of which may be preventing bacteria and viruses from establishing themselves and spreading.

Interview with the Amazing Emmanuel Kelly, Plus the Top Good News of the Week (Ep.#6)

US military improved mortality since World War II, but there have been alarming exceptions